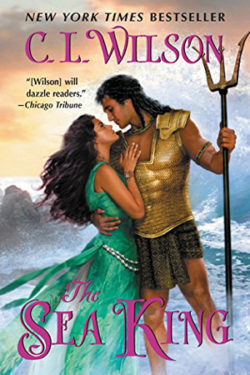 Princess Gabriella Coruscate is the daughter of the late Summerlea King. She is known to all the kingdoms as the season Summer. Gabriella leads everyone to believe she is the weakest Season to hide a frightening power. Dilys tempts Gabriella to give in to her heart’s truest desire. When she is abducted by the pirate Shark, Gabriella allows the full savagery of her magical ability to escape. Will Gabriella’s fear keep her from claiming Dilys? Can she learn to wield that terrifying power to help Dilys defeat his enemies?

Sealord Dilys Merimydion is the only son of the seafaring Calberna’s royal Myerial. He voyages to Konumarr to choose a bride among the renowned Seasons of Summerlea princesses. Dilys feels drawn to the quiet and withdrawn Summer. He sets out to woo the stubborn woman into marrying him. When Gabriella and her sisters are kidnapped, Dilys uses every sea-gift in his arsenal to rescue them. Can Dilys free the Seasons of Summerlea from their captors? Will he succeed in finally winning Gabriella’s trust and love?

I adore Dilys’ patience with Gabriella. He never gave up until he understood the basis of her fears despite her aloof behavior and objections. I love how Dilys gradually helps her come to grips with the past’s repercussions and the enormity of her magical abilities. It did get a little repetitious with him constantly explaining his race’s reverence towards women and a Calberna male’s duty. But what I like the most about Dilys is how he never dissuaded Gabriella from her vengeance, understanding her need for it.

Gabriella is a woman haunted by not only her late father’s madness but the aftermath of her power’s destructive capabilities. I understand how that can cause her reservations about loving anything or anyone. Sometimes it got to be too much, especially when Gabriella allowed those fears to dictate how she lived. But, what I like the most about Gabriella is how she uses one of her secret abilities to protect her sisters from unwanted suitors and attentions.

THE SEA KING is book two in C.L. Wilson’s fantasy romance series, WEATHERMAGES OF MYSTRAL. I admit the size of the book intimidated me a little. It has been awhile since I read a near six-hundred paged book. It did take me a while to get swept up in the story only because I am unfamiliar with the world and what happened in the first book.

THE SEA KING is a perfect fusion of fantasy and romance. I love the thought and uniqueness C.L. Wilson put into her spellbinding world. I cannot wait for the next installment.