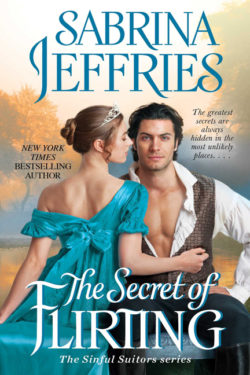 Spymaster Gregory Vyse, Baron of Fulkham, cannot forget the impudent actress he met three years ago in France. He accepts the assignment to protect the Princess of Chanay during her stay in England. Something about the foreign princess reminds Gregory of the French actress Monique Servais. He intends to discover why she insists on posing as Belgium’s reclusive princess. When an assassin targets her, Gregory risks his career to protect Monique despite her secrets. Will Gregory give up his political career for Monique? Or will he allow their different stations to separate them permanently?

Actress Monique Servais is the only granddaughter of an exiled Belgium princess and an actor. She agrees to impersonate her royal second-cousin to insure her grandmother’s future care. While in England, Monique encounters the one man who can threaten her masquerade. She must convince Gregory to promote her second-cousin’s bid as Belgium’s next ruler. When her life is threatened, Monique and Gregory discover her true standing in the de Chanay family line. Can Monique trust Gregory with her secrets? Or is their budding romance doomed from the beginning?

Gregory is everything that I anticipated. I suspected there was more to the spymaster than what the prior books depicted. He is a practical man haunted by his late father’s abuse. Gregory may be reticent, however, that does not stop him from doing what he must to protect the women under his care. I love how Monique ruffles his feathers, influencing him to act on his emotions instead of behaving so taciturn and reserved. But, what I like the most about Gregory is his tenacious determination to find a loophole, so he and Monique can marry.

Monique proves continuously that she is the overconfident spymaster’s perfect match. I like how she encourages Gregory to take risks and to live in the moment. I adore the lengths Monique is willing to go through to ensure her grandmother’s future care and happiness. However, that does not include submitting to her royal family’s mandates for her future. But, what I like most about Monique is her wiliness to abandon her masquerade to preserve Gregory’s reputation.

THE SECRET OF FLIRTING is book five in Sabrina Jeffries’ historical-romance series, SINFUL SUITORS. The story can be read as a stand-alone; however, couples from the previous books do make appearances. There is something about Sabrina Jeffries storytelling that is engaging and enjoyable.

THE SECRET OF FLIRTING is a charming tale full of dangerous intrigue which causes two people to sacrifice almost everything to be with each other. I am sad that this is the conclusion to the series, but I cannot wait for any future books the author plans to write.