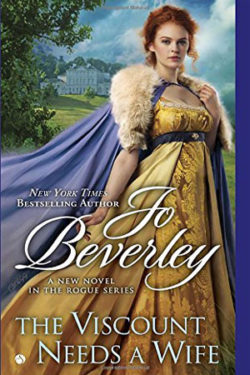 Kathryn “Kitty” Cateril would like nothing more than to leave mourning the death of her husband behind. After two years of living in her mother-in-law’s home, with no means of getting away, she feels trapped. Her only purpose is to be a grieving widow, a stolid reminder of the feats the great war hero, Captain Marcus Edward Cateril, left behind.

Kitty had been a good wife to him even though they met and married after he’d been so severely injured, a bare shell of himself. Because he was not able to travel, his friends came to visit him and Kitty was soon affectionately known as Kit-Kat. But now that Marcus is gone, Kitty is living a life of seclusion and it seems like this will be her world forever. That is until a letter arrives from her close friend, Ruth, with a proposal almost too preposterous to consider. Or is it?

Beau Braydon, a confirmed bachelor, suddenly inherits the unwanted title of Viscount Dauntry. Now he needs a wife to manage the countryside Beauchamp Abbey for him while he maintains his real life in London as an undercover government agent. When his friend and preacher’s wife recommends a widow she knows well, it seems the perfect solution. The problem is he never planned on falling in love with her…even with all her faults and eccentricities!

Famed regency author Jo Beverley never fails to deliver wonderful books, and THE VISCOUNT NEEDS A WIFE is no exception. The historical romance world lost a great author in May 2016, but her books will continue to live on and bring readers an enormous amount of pleasure.