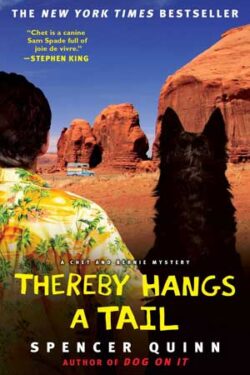 THEREBY HANGS A TAIL by Spencer Quinn is book two in the Chet and Bernie Mystery series. The stories are told by Chet, Bernie’s dog. Bernie (and Chet) are private investigators, and the book is a clever whodunit told from the perspective of the dog. I’ve read other books using this strategy, but they have always fallen flat for me.

If you’re a dog lover, this is must read.