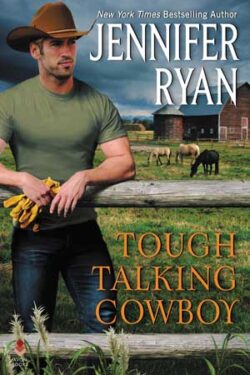 Drake McGrath, a former Army Ranger, suffers from severe PTSD. His life is a mess. He has turned away from everyone who cares for him. He was badly injured during a military operation. The look on his fiance’s face when she realizes how damaged he is tells him everything he needs to know. He’s not worthy of love and embarks on a journey of self-destruction he can’t seem to get off.

Adria Holloway is still trying to overcome a horrible childhood. Raised by a mother who works as a prostitute and trying to help her sister with drug abuse issues, she has a lot to deal with. Adria is hired to clean up and get Drake’s derelict ranch running again. She recognizes the pain he is in and knows if she doesn’t intercede, something terrible will happen.

As the story unfolds, and Adria gives Drake the big kick in the butt he needs, they find themselves unexpectedly attracted to each other. It quickly becomes apparent there is more between them than just something casual. Then tragedy unfolds in Adria’s life, making Drake realize she means much more to him than he originally thought. He understands he needs to get his life together and hopes he has the courage to pursue her. Perhaps together, they can begin what could be the most amazing adventure of their lives.

TOUGH TALKING COWBOY is the third book in the Wild Rose Ranch series and can be read as a stand-alone, but reading the first two books allows you to delve into a life most of us have never experienced. At times it is tough reading, but then again, at times so is just living life.  I really enjoyed this series.