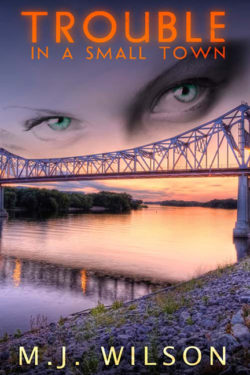 Mallory Larsen has come back home to Elsah. She hasn’t come back home to show how much of a success she has become. Nope, she has come back home to deal with her own personal feelings after finding her fiancé in bed with another woman. And yes, as clichéd as it sounds, it was her maid of honor and former friend from her own hometown. Not much more humiliating it can get for her in that regards. However, fate isn’t finished with Mallory or screwing with her emotions.

Not only does she find her former best friend dead in an alley, but the stalker/creep that she had to deal with in high school happens be the officer in charge of the investigation. And wouldn’t you know it, he is more than happy to assign the blame to Mallory. Thankfully, her good-looking neighbor, Wade Porter, is there to try help her out. Wade has his own baggage that he has to deal with and doesn’t think he can deal with Mallory’s along with his own. Yet when Mallory keeps getting dealt blow after blow, Wade begins to rethink his decisions.

TROUBLE IN A SMALL TOWN was a very cute read! There are moments of hilarity in the story thanks to Mallory’s wacky parents and irresistible dog. I liked Mallory’s character a lot! Handling a crazy stalker/creep in high school, and then dealing with a cheating fiancé would have broken most people. Mallory didn’t break, but she did fray around the edges. I really like to read stories where characters are able to find themselves again, and that is definitely what happened with Mallory. Wade too has his demons from his past that have shaped his future. His character did pull some pretty crappy maneuvers that hurt Mallory, but they were both able to shape up and pull through in the end. Very cute story that kept my attention from the first page.