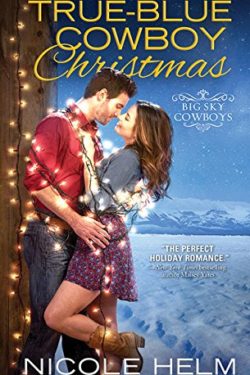 To Summer Shaw, the Shaw Ranch in Montana is heaven on earth. After a life in California with her mother who treated her like a possession, Summer is now living in her caravan on the ranch belonging to her father. He left her and her mother when Summer was quite young, taking her sister and brother with him. After a year and a half on the ranch, the distance between Summer and her siblings is closing, but she still has a strained relationship with her ill, but apologetic, father. Her life with her mother had been a prison, but she has found freedom with the Shaws, whom she considers family now. Always before, just when she thought she was on the right track, life had proven to have other plans for her. All she wants now is to stay on Shaw Ranch. Her caravan, built on the back of a truck, and her will to survive are all hers. But she is afraid her mother will take it all away, if she lets her.

Seeing a young girl near her caravan, Summer is assailed by memories. Her own mother had been abusive and neglectful, so Summer’s heart goes out to the girl, wondering if she is experiencing the same thing. Summer worries about Kate’s safety, although it is none of her business. Still, she wishes someone had been there for her when she was young, warding off inappropriate advances and her mother’s volatile temper.

Thack promised his wife, before her death, that their little girl, Kate, would know she was safe and loved. He would do all he could to make sure of it. But even though his dad helps watch her while Thack is working on the ranch, Kate still manages to escape and go to Summer’s caravan. His dad repeatedly tells him they need help, but Thack doesn’t want to pay someone to give his daughter their time, show her false affection and then leave just as Kate gets used to them. He especially doesn’t want to hire Summer who seems flighty and works part-time singing in a bar. But when Thack’s father offers her a job as their housekeeper, Summer accepts, despite Thack’s disapproval. Even though it has been more than six years since his wife’s death, everyone still treats Thack with kid gloves, like he is a widower who needs help and sympathy, that is, everyone except Summer.

Although Thack had disapproved of hiring Summer, he soon finds that she brings warmth to the ranch and is bringing it back to life, especially as the Christmas holiday is fast approaching. The more time he spends with her, the further his feelings for her deepen. Should he back away from his attraction to Summer, or will Christmas work its magic to give him a chance at love with the woman who has stolen his heart?

A delightful tale, TRUE-BLUE COWBOY CHRISTMAS, the third book in author Nicole Helm’s BIG SKY COWBOYS series, is an emotion-packed, sexy contemporary romance that will brighten your day. Summer and Thack are both flawed characters who have overcome much in their individual lives. Both are afraid to trust, so it takes being thrown into each other’s company day after day for them to accept the feelings that are growing between them. The chemistry between these two is plausible and the romance between them is sweet. The young girl, Kate, is absolutely adorable and I enjoyed the closeness of the families, both between Thack and his father and daughter as well as Summer and her siblings.

This is a new-to-me author and I have not read the previous books in this series, so I can easily attest that this book can be read as a standalone. However, I am sure that, like me, once you read it, you will seek out the rest of this collection. Ms. Helm brings this story to life amid tears and laughter. It is a perfect romance for the holidays and all year long!