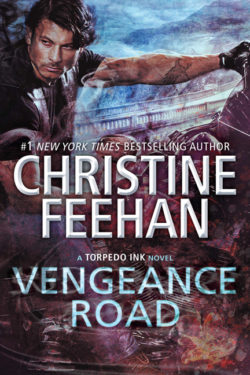 Breezy and Steele have a complicated past that is about to get a lot more complex when she hunts Steele down to let him know about the son she never wanted to tell him about. Now Steele has the woman he has always wanted and a missing son to find and once he gets him back, he will never let either one of them go again.

Breezy Simmons was born and raised in a motorcycle gang so she knew the way women were treated was worse than dogs. Breezy did the one thing you never do, she fell in love with a gang member. Steele was her dream come true or so she thought, the first man to treat her like a person and not just a possession to be passed around and used among the other members. However, Breezy’s perfect man didn’t last for long and she was soon cast aside and thrown out of the club. Heartbroken and alone, what Steele couldn’t have known was that Breezy was pregnant with his child. Now after three years Breezy needs Steele to get their son back, will Steele be able to forgive her for hiding his son away from him?

Steele is a man with secrets and the fact that he is a trained assassin that started his training from a toddler is probably something that most women would fear. Steele is one of the good guys and he and his friends infiltrate gangs like that of Breezy’s dad to bring them down. Steele broke up with Breezy and sent her away to protect her and has regretted it every day he has been without her. Now Breezy has hunted him down to tell him not only do they have a son, but he has been kidnapped by her father. Together they must figure out her father’s motives and get their son back before it is too late. Can Steele and Breezy figure out where they went wrong and make a life for their family?

Steele is a complicated man with a dark past, as are all the characters of TORPEDO INK. The back story of these characters is not just interesting, but tragic, making each one a unique and compelling tale. Christine Feehan has done an excellent job of creating these characters and making you crave the upcoming stories of each one. Breezy is just as broken as Steele but you have to admire her will and determination to survive in the circumstances in which she was raised and overcome it to become someone better and not raise her child in the same environment. The passion and fire never stop in this book and Steele is the ultimate alpha male when protecting his woman and family. Readers will love the TORPEDO INK series and eagerly snatch up each installment in anticipation of reading the next character’s tale of love and redemption.