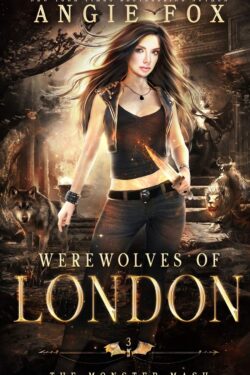 Dr. Petra Robichaud is the chosen healer bandied about in the oracles’ prophecies. She has tried to move on after her breakup with Galen of Delphi, yet the demi-god returns to her MASH unit wounded. Petra must power through the last remaining prophecies if she wants lasting peace. However, the prophecies include a damaged dragon-shifter and a baby Gorgon. Will Petra’s secret be exposed? Can she bring the war to an end?

Commander Galen of Delphi is a special ops soldier for the New Gods Army. He risks incarceration by bringing a special, Old Gods Army weapon into MASH 3063rd unit. Galen knows Petra is the only person he can trust with this secret. He wants to make amends; however, she refuses to renew their relationship. Can Galen help Petra achieve the last three prophecies? What other hurdles will the couple face to be together?

Petra has really come a long way since the first book. She still feels pessimistic about her role in the prophecy, yet she refuses to allow that to stop her from doing what needs done. I understand Petra’s reluctance to allow Galen back into her heart. Inwardly, she knows a relationship between them is impossible thanks to the war. Petra would rather not court that kind of pain again. What I admire the most about Petra is her determination not to put her unit or her friends in harm. She would rather risk herself than to endanger them.

I am so happy that Galen returns! As much as I love dragons, I prefer Galen for Petra over Marc. He not only encouraged her to embrace her prophetic role, but he also gave up his immortality for her. I understand Galen’s reason for ending their relationship. He knew the war would eventually separate them, so he wanted to spare her any future hurt. What I love the most about Galen is his steadfast dedication in keeping Petra’s secret. He would rather take it to the grave than exposing it.

WEREWOLVES OF LONDON is book three in Angie Fox’s paranormal-romance series, THE MONSTER MASH. I highly suggest reading the previous two books to understand the situation, the world, and the characters’ growth. I wish Rodger had more scenes in this book. I miss his whacky brand of humor. I am also glad that Marc got the happily-ever-after he deserves.

WEREWOLVES OF LONDON is a comedic tale of one woman’s desire to put an end to a senseless war. Angie Fox did a splendid job of bringing this trilogy to an enjoyable end.