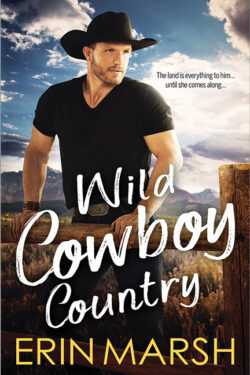 WILD COWBOY COUNTRY has a lot of animals with human-like thoughts and actions as they relate to themselves, the other animals, and the humans who care for them. The honey badgers and wolf pups are adorable and funny. The zoo animals really steal the show and seem to be a good judge of character.

Zach is a troubled teen with a secret love of animals. He lives in the small town with his uncle, Clay. Zach gets into trouble but takes responsibility for it, unlike his friends, and ends up being assigned community service at the zoo thanks to Lacey, a conservation officer. (Though she is hurt while trying to save the wolf pups, she speaks up on Zach’s behalf.) There’s bad blood between Lacey’s and Clay’s families, but their attraction makes animosity difficult.

The story has multiple story lines going on that weave together nicely. Watching Clay and Lacey get closer one minute and further apart the next gives the story a hearty conflict and depth of emotion. Clay and Zach’s bond plays off Lacey’s and Zach’s bond, and the three of them provide some warm family moments. The story is rich in emotion and description, in particular the ranch, the zoo, and the animal life enhance the storytelling.

Erin Marsh is the pen name of Laurel Kerr, who has written two books in the WHERE THE WILD HEARTS ARE series. WILD COWBOY COUNTRY is supposed to be a new series and debut novel by Ms. Marsh, but it continues the series by Ms. Kerr in the same town, with the same businesses, characters and animals at the zoo. At the end of the book, the author states, “As I conclude my debut series…”  which was a major disconnect for me. I would have preferred the same author for the series or let readers know they are connected. All in all, WILD COWBOY COUNTRY is a satisfying, emotional read.