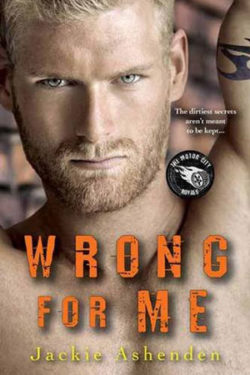 Levi Rush has spent eight long years nurturing his anger while locked up in prison. Now that he’s been released and returned to Royal Road and his friends in Detroit he’s got more than a few loose ends to clear up.  One of those loose ends involves Rachel Hamilton, the girl he’d considered his best friend.  She’d not only hung him out to dry when her testimony could have changed his fate, but not once in all those years did she come visit or send him a letter – it’s as if he ceased to exist.  He’s angry, very angry and has spent years carefully laying out a plan to make her suffer for her betrayal and at the same time turn Royal Road into the sort of community he’s always wanted.

Rachel has her own regrets and what she did to Levi is just one of the many, however, she never considered that he’d be so hell bent on making her pay for her betrayal – or how he’d want his ‘pound of flesh.’ She’s happy with her success as a tattoo artist and the subtle changes she’s helped bring to Royal Road.  The little community is coming to life slowly but surely.  Levi’s return threatens everything she’s done, the community, and the longtime friendships Levi, Zee, Gideon, Rachel and Zoe have shared over the years.  He might have been in prison but he’s remained in contact with Gideon and any of the others who visited.  Rachel understands Levi better than he understands himself.  She’s determined to save some semblance of the community and friendship, but what will it cost her in the end if Levi can’t accept that all his plans and intentions could actually hurt more than they help?

WRONG FOR ME is the second title in Jackie Ashenden’s MOTOR CITY ROYALS and while it’s pretty intense right from the get go, it’s not quite as passionately captivating as DIRTY FOR ME was. Don’t get me wrong, it’s a great story and the relationship between Rachel and Levi kept me eagerly turning pages to find out what happens but that’s where the main focus was for me.  Now that being said, they have off-the charts chemistry and there’s no denying that they’re perfect for each other it’s just that they have to get past all the anger, feelings of betrayal, guilt, and learn to forgive themselves before they can truly move on and build a life together. Honestly, at the beginning of the story I wondered how they’d ever manage to get past the anger Levi demonstrates or his scheme to make her pay for the part she played in his incarceration.

Jackie Ashenden’s writing is impressive. There aren’t many books that I can say I’ve read from beginning to end in one sitting, but I can happily admit that both DIRTY FOR ME and WRONG FOR ME have achieved that rare occurrence. Now I’m anxiously awaiting the next installment in the trilogy but did raid Ms. Ashenden’s website and found some other titles I can check out in the meantime.