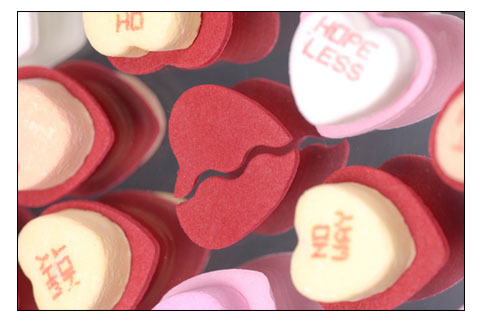 Along the way to publication of my first novel, SOMETHING ABOUT HER, rejection was a part of the game.  After the second agent-requested-partial-turned-rejection,  I found myself turning to the internet in search of other sad souls who felt the same disappointment, depression and urge to curl up inside a big, fuzzy blanket and never come out.

I had become a member of the Illustrious Rejection Club, a dark warehouse with a dreary facade and an old, wooden carved sign barely hanging on for dear life by one hook.  You certainly do not want to walk through those doors.  You want to be in that shiny, sparkly building just a little further down the street with the flashy, neon sign pronouncing all who enter “Published and Proud.”  If you’re lucky, you get the hand stamp that never comes off.

However, once a rejection letter has crossed your desk, you are a part of The Illustrious Rejection Club.  You have no choice but to walk inside those heavy double doors.

And when you do?  The doors shut behind you, and immediately, Gloria Gaynor’s voice seems to burst from the black walls to tell you You will survive.  You realize you hate this song, and wonder if The Illustrious Rejection Club is simply a pseudonym for Hell. But still, you find yourself walking to the beat…and even (under your breath so no one could possibly hear you) singing along …”you think I’d crumble, you think I’d lay down and die…Oh no, not I.”

You keep walking.  The hallway seems endless, just like the length of time you know it will take before you would be considered good enough to serve drinks in the Published and Proud building.  As you meander your way through the turns and twists, you hear inklings of life.  Voices.  Laughter even.

Laughter? In the Rejection Club?  No one should be laughing.  We should all be sitting in our respective corners, nursing a pound of melted chocolate.

Intrigued, you step a little livelier.  And as you round that last corner, amazement and awe fill you.  For here, in this room where you now belong, are hundreds (tens of hundreds, even) of writers just like you.  They mill about, chatting with each other, sharing stories.  In one corner of the room, they shoot darts at their respective rejection letters and cheer for the bulls eyes.  In another corner is a giant chocolate fountain available to dip any number of food items in.  Hmm. If this is Hell, it’s not so bad.

The minute you step into the room, every gaze is directed at you.  The heavy spotlight of recognition doesn’t sit well, until you focus on the smiles.  They beckon you in to join them.

And you recognize those faces.

Meg Cabot hefts a US Postal Bag she keeps the many rejection letters she received and waves at you.

Christina Dodd proudly bears a “25 rejections and 3 manuscripts” button on her lapel.

Stephen King lounges on a couch and points up at the spike he hammered into the wall, full of rejection slips.

As you get up and move around the room, you see Nora Roberts.  The button on her lapel says “Years of rejections.”  This from the first woman to be inducted into the RWA Hall of Fame.  Whose last million books have been best sellers.

Perhaps this room isn’t so bad a place to be after all.

At the back of the room is a large mural.  Curious, you work your way toward it.  The wall is full of reviews and rejections for names that have you dropping your jaw:

“Shakespeare’s name, you may depend on it, stands absurdly too high and will go down. He had no invention as to stories, none whatever. He took all his plots from old novels, and threw their stories into a dramatic shape, at as little expense of thought as you or I could turn his plays back again into prose tales.”— Lord Byron, letter to James Hogg  1814

“Mr. F. Scott Fitzgerald deserves a good shaking … The Great Gatsby is an absurd story, whether considered as romance, melodrama, or plain record of New York high life.” – Saturday Review of LiteratureMary Higgins Clark was rejected on Journey Back To Love, 1962, with “We found the heroine as boring as her husband had.”

Jean Auel, author of The Clan of Cave Bear was told, “We are very impressed with the depth and scope of your research and the quality of your prose. Nevertheless … we don’t think we could distribute enough copies to satisfy you or ourselves.”

Dr. Seuss received harsh rejection, as well: “…too different from other juveniles on the market to warrant its selling.”

Jack London heard, “(Your book is) forbidding and depressing.”

The Diary of Anne Frank, by Anne Frank, was rejected by 15 publishers before Doubleday picked it up.

As you walk away from the Wall of Rejected Greats, the weight in your chest has lightened.  These are all terrific writers.  And they stand in the same room you do right now.

Certainly they are frequent dwellers in the building down the street, but this building… this Club is where they, too, began.  And that other building? The shiny, sparkly one you so desperately aspire to?

It’s only a few steps away.

So in the meantime, settle in with a cup of hot chocolate and enjoy the view of writers and more who have joined the Illustrious Rejection Club at one time in their career.    As Joyce Spizer writes, “‘No’ is a word on your path to `Yes.’ 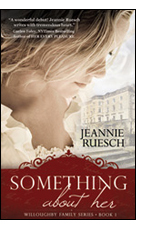 12 Responses to The Rejection Club