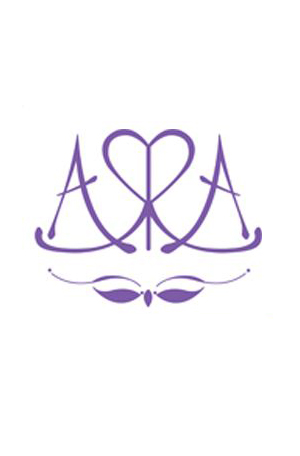 Many of those in the romance industry know RWA, Romance Writers of America. But there are plenty of romance related organizations around the world, and one such is ARRA–Australian Romance Readers Association.

ARRA was established in 2007 to organise the first Australian Romance Readers Convention. That was our sole purpose at the time. Since then we have incorporated the association and have added other events to our activities.

It all started with a discussion on an online loop, where author Maggie Nash suggested Australia should have its own romance readers convention. Other members of the loop thought that was a great idea and we set up an expression of interest form and sent it out through our various networks. Then came the amazing moment when we received an email from Sherrilyn Kenyon saying she’d heard about the idea and could she come. (Umm, yes!) After that there was no turning back.

Since 2009 we have held five conventions. For each convention we invited several international romance authors as well as an Australian author as special guest. Our aim was to provide an opportunity for readers to meet their favourite authors. Our amazing line-up of guests were: Each convention also featured a book-signing event that included a range of local romance authors (sometimes as many as 90 authors in total), plus an awards dinner. Other special features included a trivia night, keynote lunches, a Regency fashion parade, a reading salon, speed dating and a special screening Love Between the Covers.

While interest in the convention from authors continued to grow, unfortunately the attendance by readers fluctuated considerably and we found that the time and resource necessary to organise and run the convention couldn’t be justified anymore.

Instead we have started concentrating on smaller, local, events that are more affordable for readers. In 2016 and 2017 we held four Romantic High Teas in capital cities, with local authors as hosts. And in November 2017 we held our first Romantic Rendezvous; featuring Jayne Ann Krentz, this involved three events where readers could meet Jayne in their local area. We are already planning similar events for 2018 and 2019.

We are also continuing our annual romance readers awards. The first awards were held at ARRC09. We hadn’t planned them at first, but when we saw the enthusiastic reaction to the convention we decided to establish the awards. Authors and readers alike love them. They have been held as part of the convention and also as a standalone event in Sydney. We have also hosted special events with authors like Julia Quinn, Karen Rose, Maya Banks and Sylvia Day when they visited Australia. Being able to do that is something really special for both readers and authors.

Our next event is a Romantic High Tea in Sydney in May, featuring romance authors Avril Tremayne, Kandy Shepherd and Shannon Curtis. You can find out more about it here.

Other than the obvious benefit of the events we host each year, ARRA also provides a place where readers can find other readers (and authors) who share their interests. We have an online members’ loop where we chat throughout the month about what we are reading; we have a monthly newsletter that is jam-packed with articles and news about romance fiction; we have an active blog with regular articles from authors and publishers, sometimes with giveaways as well. We also have active groups on social media.

Being a member of ARRA means you are supporting all these efforts. We have taken the $20 membership fees from our members and turned them into a thriving community that is getting attention from around the world.

We started out with just 16 members—the committee organising ARRC09—and by the end of 2009 we had over 120 members. Our membership today sits at 286.