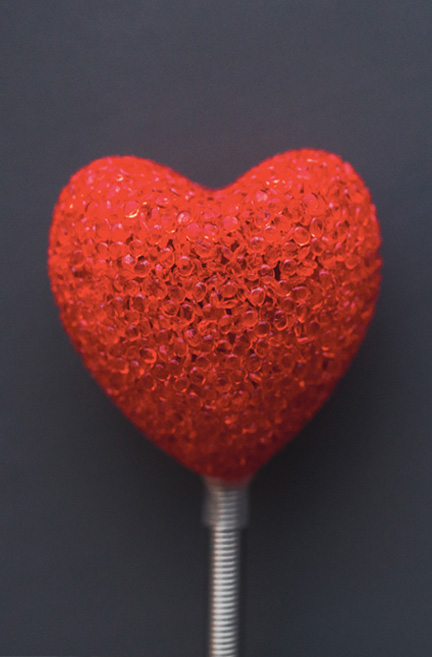 From their press release: “AUSTIN, TX | FEB. 14, 2017  — Submission Platform and Publishing AI and startup AUTHORS.me today announced the winners of its “Romance Me” Novel Writing Contest, open to original romance novels not previously published by a traditional publisher. First place went to Time’s Firebird by Rachel Mannino; second place to Stripped Bounty by Dorothy F. Shaw; third to Not Even Death by Emerson Clarey.” The winning novels represent the diverse breadth of the Romance genre. First place winner Time’s Firebird is historical romance with elements of science fiction. “Taken captive by a Viking, time-traveling anthropologist Fiona Dale must find some way home,” reads the hook. “She falls in love with her amorous abductor, but if she stays, she’ll destroy history.” Maninno has published two novels: Love or Justice (Limitless Press), and Fractal (eTreasures).

Over 300 writers submitted original novels to the contest, which was open to submissions from October 15 through December 15. Judges for the contest hail from some of the top Romance imprints in the country: Lexi Smail, Editorial Assistant at Forever and Forever Yours (Hachette Book Group); Marissa Sangiacomo, Marketing Manager at St. Martin’s Press, specializing in all Swerve, SMP and Griffin Romance titles (Macmillan); and Katherine Pelz, Associate Editor of romance, women’s fiction, and mystery at Berkley/NAL (Penguin/Random House). Fiona Dale is a time-traveling anthropology student. As part of her doctoral research, she travels back to the 690s to study a Pict village. During her studies, a Viking convoy attacks the village. Terrified, Fiona tries to hide, but she’s caught the attention of the leader of this Viking raid, Jarl Vakr, and he takes her prisoner. Vakr decides that Fiona is his prize for becoming the first Jarl to sail across the western sea. Her fiery red-gold hair captivates him, as well as her skills with a sword, and her intelligence. He resolves to seduce Fiona into marrying him, even though he knows nothing about her. During the three-day voyage to Vikanes, Vakr’s family seat in Norway, Fiona proves herself a relentless advocate for the villagers. Fiona and Vakr find one language they have in common,Englisc. Once they arrive in Vikanes, Vakr takes Fiona to his home where he introduces her to his son, Edric, and the woman who taught him Englisc, Maida.

Fiona sat across from Professor Braggs in the lone armchair. Its bulging cloth limbs puffed out with stuffing, and patches of mis-matched material tried in vain to hold all of the white fluff inside. With its maroon checkered pattern and tall seatback, the chair was supposed to make you feel at ease in his office. Today, it wasn’t doing its job.

Fiona sat on the edge of the seat, trying not to distract Braggs as he perused her doctoral research proposal. She wanted to get up and pace so the nervous energy coursing its way through every vein in her body would have something to do. That would not be helpful. That would be distracting. She settled for tapping her fingertips against her knees.

“Studying the Picts in Scotland. A remarkable research opportunity.” The professor gave a half-smile as he turned over a page, his eyes still fixed on her work.

Nerves made her mouth open when it should have remained shut.

“Yes, we know so little about them. I hope to document a number of things while I’m there: their cultural practices, their tools, and, of course, their integration with the Celts.”

Her voice came out as a breathy squeak. She couldn’t help it. Fiona shifted and cleared her throat.

“If we know so little about them, how did you decide where you will study and what you will wear? What language will you speak?” He settled his piercing grey stare on her.

Her breath hitched. Why did she have to babble like an idiot when nerves got the best of her? There were plenty of other less annoying nervous habits. Yet, she had an answer to his question rehearsed and ready.

“I found a Pict village near modern-day Aberdeen, Scotland that was excavated in the early 20th century. The excavation was quite thorough. The village thrived during the latter end of the 600s. It’s small and out of the way, but a significant trading spot on the coast. As you can see, I’m planning to go into the village and claim that I was traveling from Englaland with my family when we were attacked. I’ve learned Englisc, which is very well documented; much more documented than the early Pict language. I’ve also extrapolated clothing that is appropriate for an Anglefolk woman during the 690s. It will be a very convincing story.”

He smiled, and his eyes drifted back to her proposal. He flipped pages until he landed on her safety plan. Time traveling had its dangers. The professor required all proposals to have a thoroughly researched safety plan.

“The village had no recorded damages or threats?” He quirked an eyebrow at her.

“None that I could find. That’s why I chose it.”

Braggs studied her proposal in silence. The sound of paper turning over, flipping back and forth, grated on her frayed nerves. He was the only professor that had an affinity for printed pages.

Fiona tried to control her racing heart. Her bag sat beside her. It held only essentials: clothes appropriate to the time-period; a few replica combs and personal items; and several recording devices so she could take a year’s worth of notes. If he approved her proposal, she would leave today and live among the Picts for a full year. She wanted to start this second.

Braggs cleared his throat and rose. Fiona shot out of her chair.

“Follow me.” He picked up her paper and moved toward the door.

Alarm bells rang in the back of her head. Was there something she missed? What was wrong with her proposal?

Fiona grabbed her bag and trotted down the hall after him. Fear swam in her veins. He skirted around the main anthropology classrooms. They passed the entrance to New York University’s Museum of History. Braggs contributed over half of the museum’s contents since he invented the time machine 40 years ago. Fiona always stared at the displays in awe as she walked by them.

Today, she spared them a worried glance as they strode down the hall.

He turned down a dark corridor at the end of the hall and went down a darker stairwell. Fiona never visited this part of the building. At the bottom of the stairs, a heavy, metal vault door blocked their path. The professor pressed his fingers to the keypad and a green light flashed. A screen embedded in the door flickered to life. It showed a live video feed, mirroring them. His snow-white hair stuck out at odd angles, accentuating the deep wrinkles around his eyes and mouth. The hideous plaid sweater vest he wore lit up the screen with reds and greens, while she faded into the dim lighting behind him.

Braggs stared at the video screen, unblinking. The screen chirped a few times and flashed green before the door unlocked with a click and swung open.

They entered a small room. Computer screens and equipment that she’d never seen before lined every wall. He switched on the light and Fiona gasped. At the very end of the room stood six time machines. The only time machines in the world.

No bigger than a coffin, only one person could travel in them at a time. The professor was working on one that could transport groups of three or four researchers. The wood paneled sides sported a vivid blue paint over their flat surface. They stood like imposing sentinels, guarding the gates of past and

future. Her past and future. Fiona tread to the center of the room and stared.

She had been inside one only once – during the seminar on temporal mechanics. She knew everything there was to know about them. She had to know everything to get an A in that class. Braggs never settled for anything less than perfection.

“Fiona,” his soft voice drew her out of her reverent stare. He stood at the end of the row of time machines, smiling. “Ever since the United Nations gave the university approval to use time machines for research, I’ve been waiting for the first student who was worthy enough to use it. Using these machines carries an enormous weight of responsibility, which is why the United Nations took so long to approve them for the purposes of study.”

He caressed the side of the time machine beside him, staring up at it like a proud father. Then he met her eyes again.

“I have dreamed of the day that I trusted a doctoral student enough to hand over the keys to one of these vessels. To watch that student step over the threshold and take anthropological study to completely new heights. To have that student return with a wealth of information and knowledge that could re-write the history books.”

He stepped toward her, stopping inches away. His eyes shone with pride and joy. Fiona smiled, an excited vibration thrumming at the back of her skull. She’d passed. She was going to be the first doctoral student to travel through time and complete her dissertation with hands-on research.

Braggs closed his calloused, gnarled hands over hers and gave her a squeeze.

“Today is that day. And I’m proud to give you, Fiona Dale, the keys to one of these machines.”

A hot blush suffused her face. She hopped up and down, a broad smile plastered across her face. A childish thing to do, perhaps, but the professor grinned in response. She threw her arms around him.

“Thank you so much. I swear I won’t let you down.”

“I know you won’t.” He held her at arm’s length. “Since you came to this program, you’ve been my star pupil. I know you’ll do well with this research. Are you packed and ready?”

“Yes, sir. I already told my mother and step-father that if they don’t hear from me, the meeting went well and I’ll be back from my studies in a year.”

He dipped his chin, and reached into his pocket. He pulled out a set of remote control buttons on a key ring, shaped like stones from a riverbed.

“One last thing. What are the five cardinal rules of time travel?”

“One, you must never tell anyone that you’re from the future. Two, try to make as small an impact on the local culture as possible. Three, do not become attached to or intimate with anyone you meet. Four, do not use the time machine to change or alter the past in any way. Five, always have your panic button on you at all times.”

“Very good. Remember those rules. They are more important than anything else you do during this study.”

“I will. They are burned into my memory.”

He took her elbow and led her over to the time machine in the middle of the row. When he turned back to her, his eyes shimmered with unshed tears. Fiona’s heart filled to bursting.

“Here you are. Good luck, Fiona. I will see you in one year.”

Fiona squeezed Braggs’ hand. She placed the key against the magnetic lock and the door to the time machine clicked open. Fiona took a deep breath, staring at the cramped space stuffed with sensors and keyboards and monitors. She stepped into the machine and ensconced herself within its dim lighting. Hands shaking, she went through the launch sequence. When she finished, she took a deep breath and pushed the final button.

Authors.Me uses technology to match authors with publishers and agents. You can find out more about them at their website, https://www.authors.me/.