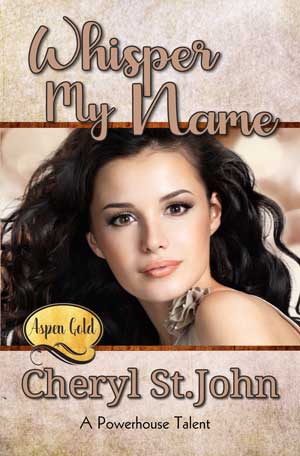 From the author of WHISPER MY NAME, a post about getting Back to the Joy of Writing with Cheryl St. John.

I have always had a rule I teach and that we practice in my critique group: Don’t ever budge on that one element that excited you about a story in the first place. That spark that inspired you to write the story is what will carry you through the middle and to the end. Not all books are easy, even when you love your subject matter and characters, but books are double down hard to write if you lose the joy.

Before Cheryl gets started, a quick note about an awesome sale! 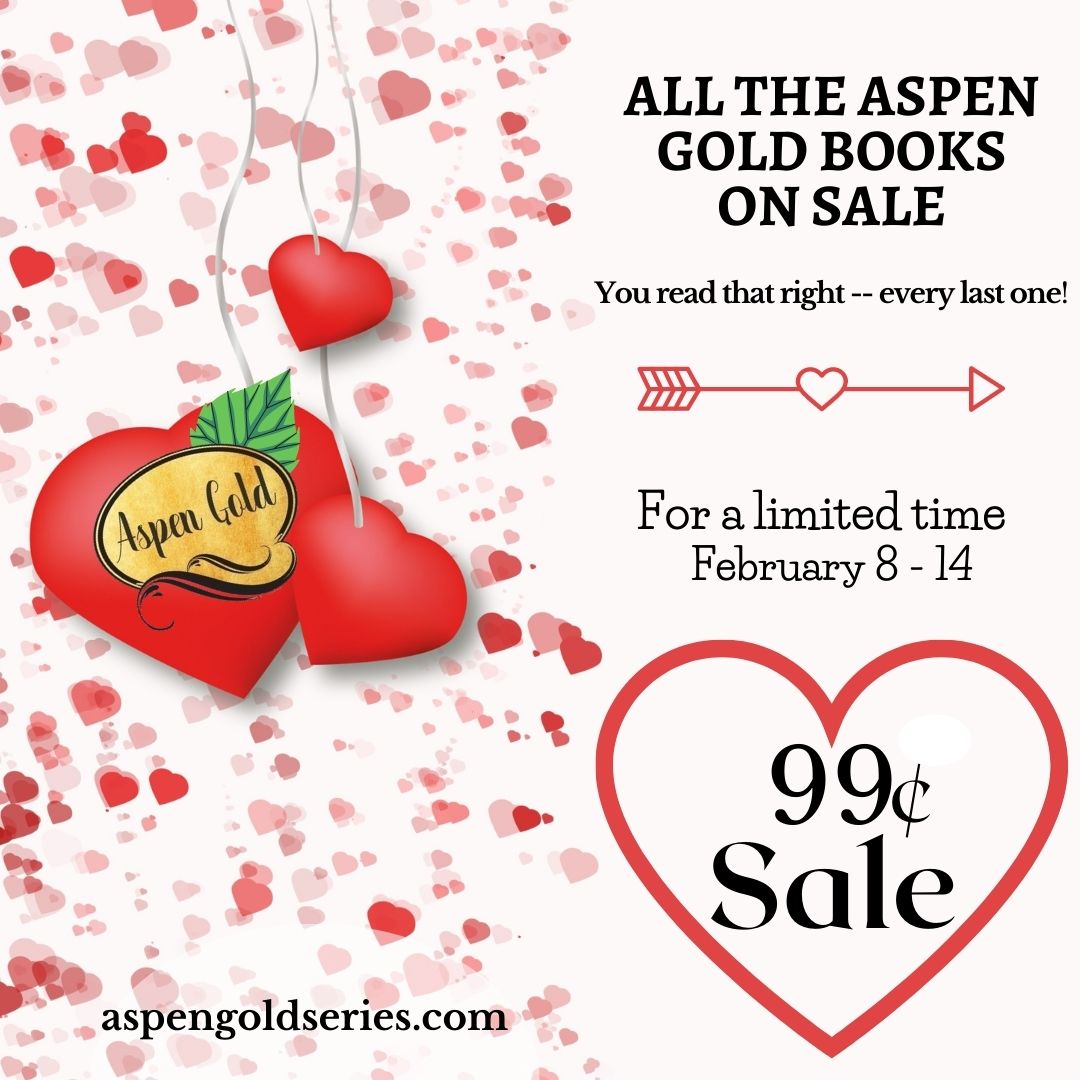 I’m excited about our Valentine’s Day sale. Each of the Aspen Gold Series books is on sale for 99 cents this week. Available here: https://www.amazon.com/gp/product/B081YPJ5V8?

Back to the Joy of Writing – Cheryl St.John

I have always had a rule I teach and that we practice in my critique group: Don’t ever budge on that one element that excited you about a story in the first place. That spark that inspired you to write the story is what will carry you through the middle and to the end. Not all books are easy, even when you love your subject matter and characters, but books are double down hard to write if you lose the joy.

We do our best, but the lack of joy eventually shows in our work, our health, our personal lives. I had been under contract for over twenty-five years, writing two or three books a year, and everyone knows a career isn’t a writer’s only responsibility. Most of us have spouses, children, grandchildren and parents. Eventually I realized I needed a change.

After twenty-five years under contract, by fate or a stroke of luck or God’s timing, whichever your belief, a line closed and I didn’t have an option book. I’d been in that place before and it had felt scary. This time it felt good. Like someone had taken an 800-pound boulder off my shoulders. And in this timing of events, I also had a new grandchild due.

To my daughter’s immense relief, I told her I’d care for the baby for the first year. I had a few weeks to decompress and prepare, and then the baby came. I had forgotten how exhausting it is to take care of an infant, but it was a good exhaustion, and I enjoyed every minute of it. After the baby was a year old, my daughter had a neck surgery, and I cared for both of them at their house every day, so this hiatus stretched into about sixteen months. During that time, I eventually missed writing. I got ideas. The desire was there to tell stories, but I knew I didn’t want to go back to where I’d been before. I wanted to write, but I didn’t want to experience the pressure of deadlines.

I made a decision to only write books that I love from that moment on. And to do it in a manner at and a pace that I set for myself. Choosing to make a change was a huge step. Indie authors don’t have the distribution advantages of traditional publishers. They don’t get advances. They do all the work. But they can choose to do the writing and marketing at a pace that’s comfortable for them, and there’s a lot to be said for comfortable.

In deciding what to do next, everything fell into place. Years previously in my critique group, we had the grandiose idea of creating a continuity series. We had thrown ourselves into developing characters, fashioning families, planning family dynamics, and a setting. We had created family trees, character profiles, detailed maps, and brainstormed themes. We collected photos and researched and even started the stories. After a time, the contracted books came first; two members dropped out of the group; a couple new ones came and went. But the core group remained.

In a tragic turn of events, we lost a beloved friend and co-writer. Grief took the remaining wind from our sails. We recovered slowly, welcomed a new friend to our critique group. Then came a day when we got together and said, “We’re going to get serious and do this!” Energy built, and the series took on new life. A previous co-creator joined us again. Now, here we are, many years after the initial idea, actually publishing the books and enjoying their development. Together we’ve finished thirteen stories in the Aspen Gold Series and there are more to come.

And I’ve recaptured the joy of writing!

She was the girl behind the headlines.

Anyone hearing her real identity would know who she was, and she’s had enough of cameras, questions and stares. Unwanted attention comes in the worst possible form—a tough, perceptive, and all too determined lawman.

Will Laurel’s truth be his undoing…or hers?

Now, with him looking at her and both of them kneeling before the fire, their nearness seemed awkwardly intimate. But what did she know? She felt awkward about everything, and yet this was the best awkwardness she’d ever experienced. He wasn’t looming over her or threatening in any way. He was one of the kindest, gentlest people she’d ever met, though she knew he was tough and aggressive at his job. That juxtaposition of strength and peace struck a chord and peeled away a papery layer of her fear and distrust.

She looked into his eyes. What did he think of her? The blaze now gave off enough light to highlight his features, the deep bow of his upper lip…the disquieting fullness of the lower one. Her reaction to him terrified her. “What are you thinking?” she asked.

“I was thinking you’re the most beautiful woman I’ve ever known. Strong, but feminine. Smart.” His gaze took in her hair, her eyes, her mouth. “You don’t flirt. You look directly at a person. You hold a lot inside, but what you do say is out there. No games.”

“Not the sort of woman you’re used to, I guess.”

“You’re like no one I’ve ever known, that’s for sure. And that’s a good thing.”

She raised her eyebrows. “It is?”

“It is. What were you thinking?”

She rubbed her thumbnail against her jeans. “I was…I was wondering what you were thinking about me. And now I know. Possibly.”

“What were you thinking about me?” he asked.

His steady gaze called her out, so she turned and looked at the fire. “You really think I’m beautiful?”

“I thought it from the first time I saw you.”

A question was burning in her, the issue hotter than the fire. Her heart pounded, and she couldn’t believe she was going to say the words, but she couldn’t not. “Am I someone you would kiss?”

She made herself look at him to gauge his reaction.

His eyes seemed to darken even more, and the firelight reflected in their depths. “Seems like you’re fast becoming the only someone I want to kiss.” 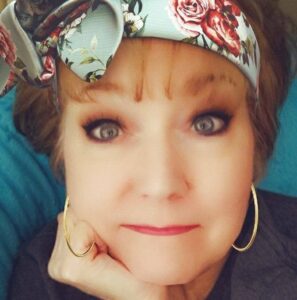 5 Responses to Back to the Joy of Writing with Cheryl St. John