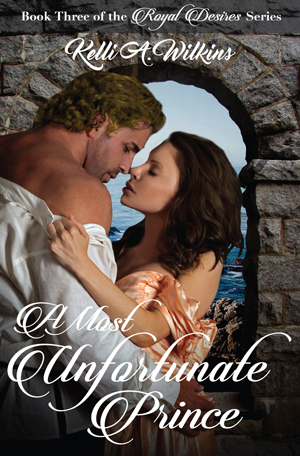 A Most Unfortunate Prince picks up soon after A Most Intriguing Temptation. King Maxwell is furious at Prince Allan and blames him for the disastrous events at Emperor Salizar’s palace. As punishment, the king banishes him. Allan is a spoiled, pampered prince who is used to living the good life and getting his own way. Now he is being sent to the worst/poorest area of the kingdom.

Behind the Scenes: A Most Unfortunate Prince

A Most Unfortunate Prince picks up soon after A Most Intriguing Temptation. King Maxwell is furious at Prince Allan and blames him for the disastrous events at Emperor Salizar’s palace. As punishment, the king banishes him. Allan is a spoiled, pampered prince who is used to living the good life and getting his own way. Now he is being sent to the worst/poorest area of the kingdom.

At first, Allan doesn’t seem to take his banishment seriously. He is experienced in manipulating people and situations to his advantage and figures he will be punished for a few weeks (or maybe a month), and then his father will change his mind and welcome him home.

But deep down, Allan is concerned. A part of him knows he is responsible for nearly getting himself, Dalton, and Elara killed. He starts to realize the severity of the banishment and has no idea how he will survive on his own. He has lost favor with his father and basically has been told to get out and grow up. The king has cut off all his funds and only lets him take what he can carry. But to save face, Allan jokingly tells Elara he’ll take the family silver with him to pawn if he needs money.

So begins Allan’s trials and tribulations. As readers can imagine, life is not going to be easy for this fallen prince. He is forced to find work at the docks doing manual labor—something he has never done before. Working at the docks for an abusive boss brings its own set of mental, emotional, and physical challenges.

But life isn’t all bad for Allan. He meets a sweet and savvy seamstress named Claudette and wants to impress her. In the past he could seduce women with his wealth and prestige—but now he has to rely on his charm and true personality. Claudette is a sensible, no-nonsense young woman who is not taken in by Allan. In fact, their first meet is disastrous (and physically painful) for him.

Claudette has overcome her own challenges and is used to making her own way in the world. She doesn’t trust that Allan’s motives are sincere and makes him work for her affection. In doing so, Allan learns many lessons about himself, relationships, and what it means to be in love. He helps Claudette stand up to her nasty boss, and together they create a good life for themselves. It’s a simple life, but they’re happy.

But A Most Unfortunate Prince isn’t all about Allan and Claudette’s romance. While working at the docks, Allan uncovers a smuggling/illegal trade operation. In the course of his investigation, he is subjected to mental and physical abuse at the hands of his vile supervisor and other dockworkers.

Although the primary focus is Allan, Dalton and Elara appear as secondary characters. Elara and Allan exchange letters, and when Claudette finds letters from a mysterious woman with the initial “E” she becomes jealous. She accuses Allan of having a secret life (and a wife). This causes all sorts of problems in their relationship.

As a result of his investigation, Allan is attacked and viciously beaten. When he is whisked away by strangers and taken to a manor house to recover, Claudette’s suspicions grow. And when Claudette meets Dalton, Elara, and King Maxwell, she is in for quite a shock. Learning Allan is a prince throws their love into a tailspin.

After Claudette learns who Allan really is, she questions everything about their relationship. She wonders why Allan never told her his true identity, questions if he has only been toying with her for fun while he’s slumming it in the poorest section of the kingdom, and is unsure if she is truly worthy of being with him.

One of the things I liked best about writing the book was showing Allan’s growth and transition from the drunken womanizer he was in A Most Intriguing Temptation, into a respectable man. Claudette’s guidance and love has reformed him in a way no severe punishment could have. I enjoyed writing ways for them to get to know each other and fall in love, and I liked inventing clever ways for Allan to learn his lessons.

Spoiler Alert: The one thing I hated most about writing this book was killing off Alex, a secondary character. Alex isn’t in a lot of the book, but he made a dramatic impact on Allan’s life. When Allan’s money ran out, he was living on the street begging for food and nearly froze to death. Alex rescued Allan and they became extremely close friends (and more).

I originally had no intention of creating Alex at all. He was a secondary character who appeared out of nowhere and became an important element of the story. Alex was a good friend to Allan and may have unknowingly died for him. It broke my heart to kill him off, but it had to be done for the sake of the story. (I still wish I could have found a way to keep him alive.)

Later in the book, Allan is so overcome with grief and guilt over Alex’s death that he nearly dies out in the cold on Alex’s grave. Claudette finds him in the cemetery, distraught and broken, and brings him home. This was a heart-wrenching, powerful scene to write and a major turning point in the novel.

Dalton and Elara are mostly off-page for the book, but they play a large role in the events at the end of the story. A very pregnant Elara gives birth and needs Claudette’s help with the delivery. Allan consoles a terribly worried Dalton and confesses a secret he has been keeping from everyone.

I leave Dalton, Elara, Allan, and Claudette in good places at the end of the book—and the trilogy. (I even wrote a special epilogue to wrap up everything.) It’s a satisfying conclusion for the characters and the readers.

The Royal Desires series is my favorite. All three stories are sensual romances that blend adventure and humor while taking readers on an emotional roller coaster ride. Whether you read this book as a stand-alone story or as the last part of the series, I think you will love reading A Most Unfortunate Prince as much as I loved writing it.

A Most Unfortunate Prince

This time, it’s all about Allan… and he never expected to fall in love! Banished by the Royal Family, pampered Prince Allan is forced to abandon his life of luxury. The former Royal Shipmaster General is sent to the worst part of the kingdom and manages to find work at the docks. Lost in a commoner’s world, Allan is miserable—until he has an unusual encounter with a saucy shop girl named Claudette.

Allan must earn the respect of the woman he loves while keeping his true identity a secret. In an effort to redeem himself in his father’s eyes, he exposes a dangerous smuggling operation involving the Royal Fleet. But his loyalty to duty comes with a deadly price.

Can he keep Claudette and his royal title? Or will he lose her forever when she discovers his secret?

The Royal Desires Series is available on Amazon & other platforms. Catch this hot historical/fantasy trilogy from the start: 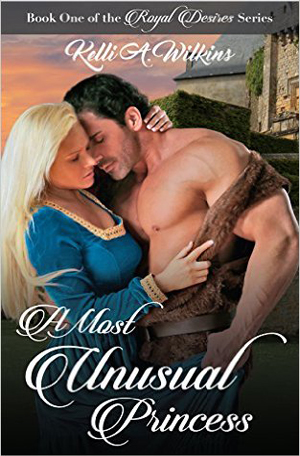 Book 1: A Most Unusual Princess: 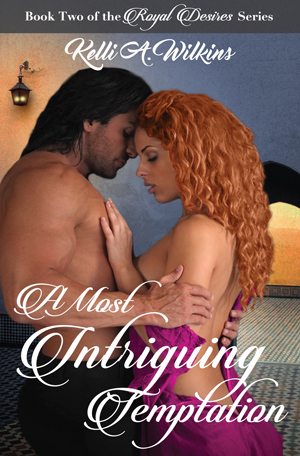 Book 2: A Most Intriguing Temptation:

Book 3: A Most Unfortunate Prince:

I hope you enjoyed this “Behind the Scenes” look at the making of this romance. I welcome questions and comments from readers and other authors. Contact me via the form on my site or on social media.

In January 2021, Kelli released Journaling Every Week: 52 Topics to Get You Writing. This fun and innovative guide to journaling is filled with hundreds of thought-provoking prompts designed to get you writing about your feelings and emotions.

Her horror short, “A Witch’s Wishes” was published in the Nothing Ever Happens in Fox Hollow anthology in December 2020. In October 2020, Kelli had horror stories published in two anthologies. “The Uninvited” was published in Halloween Horror Vol. 2. This tale about a children’s Halloween party gone horribly wrong is one of her favorites. Her unsettling short story, “What the Peeper Saw” appeared in Madame Gray’s Creep Show anthology.