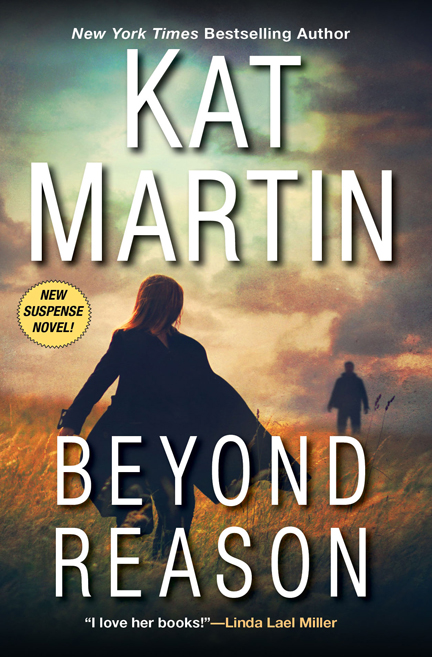 Someone is willing to kill for control of Drake Trucking, a well-respected firm now run by a woman named Carly Drake. Big money is involved. And very big danger… Someone is willing to kill for control of Drake Trucking, a well-respected firm now run by a woman named Carly Drake. Big money is involved. And very big danger.

Multi-millionaire Lincoln Cain is determined to keep the promise he made her grandfather, the man who helped him change his life after he got out of prison. Cain has vowed to protect Carly, no matter what it takes.

The helicopter flight back was quick and uneventful.  By the time they reached the ranch house and she made her way into the kitchen, her heart hurt and despair had her mouth so dry she could barely speak.

As if he had some kind of special Carly radar, Linc followed her and just stood watching.

“What happened today?” he asked, the unnatural calmness in his tone putting her on alert.  “Something happened that changed things between us.  What was it?”

He was amazingly perceptive.  She thought about lying, but it wasn’t worth the effort.

“Sophia happened.  She reminded me of the way things really are.”

“Sophia Aiello?”  He frowned.  “What does Sophia have to do with anything?”

“She came to see you.  You didn’t have time for her, but I’m sure she’ll forgive you.”

“You have a date with her next week.  Were you going to tell me the truth or make something up?”

A knot of anger surfaced in his jaw.  “It’s just a PR stunt to raise money.  I have no interest in a woman like that.”

She didn’t believe him.  She wished she’d never met him.

“I want to go home.  I’ll sleep in one of the other bedrooms tonight, but tomorrow I’m going home.”

His jaw went harder.  “You’re not leaving.  I’m not letting you put yourself in that kind of danger.”

“You don’t think so?  I’ll tell you this–I’m not letting some spoiled, self-absorbed female I don’t give a damn about ruin what’s happening between us.”

“Is it?”  He stalked toward her, caught her shoulders.  He was mad, furious.  She didn’t understand why he was so angry.

“I don’t know where this is going.  But if Sophia upset you that badly, I mean more to you than just sex.  We’re going to see where this leads.  We’re not going to let other people decide the outcome.”

He fisted a hand in her hair to hold her in place and his mouth crushed down over hers.  She pressed her hands against his powerful chest and told herself to stop him, that he was just saying the words every woman wanted to hear.

But what if she was wrong?  What if Linc was the one man who was exactly what he seemed?  She wanted to believe it so badly.

Carly struggled against him, but the heat was too much, the yearning too strong.  She kissed him back with all the need she felt for him, all the hunger.  She whimpered when Linc broke away.

“Another thing you should know.  I’m not above using sex to get what I want.  Since I know how much you like sex with me, I’m going to remind you exactly why you decided to stay with me in the first place.”

When Linc kissed her again, Carly closed her eyes and let the storm of passion roll over her.