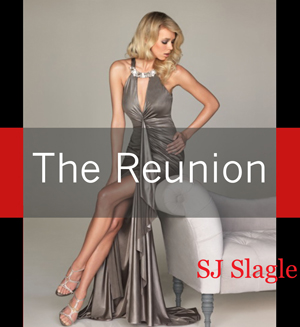 BLOWING UP YOUR POV–Point of view.

I started paying closer attention to point of view when I read a few reviews criticizing master romance writer, Nora Roberts, for mixing her POVs. “Shameful,” said one reviewer. “Incredible,” wrote another. How could she? Didn’t she know any better? All because Nora had the audacity to write this… BLOWING UP YOUR POV

I started paying closer attention to point of view when I read a few reviews criticizing master romance writer, Nora Roberts, for mixing her POVs. “Shameful,” said one reviewer. “Incredible,” wrote another. How could she? Didn’t she know any better? All because Nora had the audacity to write this:

“He needed, craved, the touch, the taste. Now. All of her, all his.
Now those stars exploded, blinding her. She couldn’t get her breath as sensations pummeled her.”

Curiosity piqued now, I conducted a small survey of well-known writers over the past few decades on their particular use of POV.

The writings of Dashiell Hammett, a hard-boiled detective writer in the 1930s and 40s, were not earthshaking when it came to perspective. He kept religiously to third person past tense.

“Spade sank into his swivel chair, made a quarter turn to face her, smiled politely.”

Ditto for western and crime writer, Elmore Leonard. He wrote for decades in third person selling not only books but movies as well. Hombre and Get Shorty were two of his best.

But mystery writer, Sue Grafton, decided to mix things up back in 1982 when the reader learned her stories through the first person perspective of sassy Kinsey Millhone, a wonderful female protagonist written by a wonderful woman writer. (Note the excitement for my gender?) Sue wrote:

“My name is Kinsey Millone. I’m a private investigator, licensed by the state of California. I’m thirty-two years old, twice divorced, no kids. The day before yesterday I killed someone and the fact weighs heavily on my mind.”

Grafton not only switched voice, from third to first person, but she changed from present tense to past in the same paragraph. Changing tenses wasn’t done successfully until then either.

J.A. Jance, another successful mystery writer, grew even bolder in the 2000s. In “Dance of the Bones”, she wrote all the main characters’ viewpoints in third person past tense except for J.P. Beaumont, one of her major protagonists. We learned J.P.’s contribution through the all-important first person. When Beaumont spoke, we paid more attention.

His small but mighty input not only furthered the story but helped in its resolution.

“Excitement bubbled in Brandon Walker’s voice and in mine as well. We were a pair of old hounds who had just caught a scent. It was a very faint scent and one that might not pan out, but it was still here, and we were on it.”

Unbelievable! Critics cried her books were trash and so poorly written. Maybe so but they made publishing history and blew up forever some antiquated notions of writing.

“His long index finger presses the button summoning the elevator and we stand waiting—awkwardly on my part, coolly self-possessed on his.”

I feel like I’m in the elevator with Christian and Anastasia, don’t you?

That was the point of the author’s point of view.

Everything in the world has changed in the last hundred years and it’s fine that styles of writing have evolved as well. The detached third person point of view has slowly made way for the more involved first person POV to join it center stage. As authors, it’s wonderful to have more choice. As a mystery and romance writer, I am thrilled to be able to experiment with my writing.

Here’s a toast to blowing up your POV! You can find Jeanne at her: