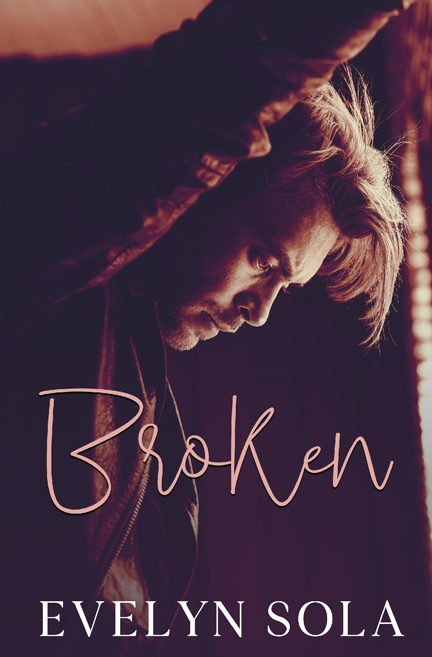 He swept into my life, like an unexpected storm. One minute I’m planning forever and the next, I’m left picking up the pieces. Three years have passed and now he’s back wanting to reclaim what once was. Can lightning strike twice or will they be left broken? Readers who love second chance romances will enjoy this diverse, contemporary romance.

I never saw Noah Weston coming. He swept into my life like an unexpected storm, but soon, he was everything to me.
Until tragedy struck.
One day I was planning the rest of my life with my soulmate, and the next I was picking up the pieces of a love so strong, it broke me apart.
It took three years to put myself back together.
Three years until I was ready to move on.
I’ll never forget it. The day he came back.
Can lightening strike twice? Maybe, but when I look into his eyes, all I remember are the last words he ever spoke to me.
The words that left me broken.

I loved her before I knew her name. She was more than just my heartbeat. Julia Blake was a dream too good to be true.
When real life invaded the bubble we had created, I was left a broken man.
I survived, but I was dead inside. Half the man I used to be.
The half I needed had a new life without me.
Three years later, I’m back to reclaim what I’ve lost.
I’m back for her, only she wants nothing to do with me.

Buy Now or Read for FREE with Kindle Unlimited!

I take another bite of the brownie and then lay flat on the grass, letting the October sun kiss my brown skin while I enjoy the chocolatey goodness.

“Ahh,” I say to myself, “after this, I can die happy.” I put both hands behind my head and squint at the sun beaming down on me.

I sit up and look at the figure, but the bright sun blocks his face. I block the sun by putting a hand on my forehead and look into a pair of familiar eyes, the clearest green I’ve ever seen. The sun dips behind a cloud, giving me a clear view of his face.

It’s the ginger hottie with the bun. He’s either a transfer or a graduate student because, in all my years here, I’ve never seen him until recently. But whatever the circumstances, he’s certainly noticeable.

And I never turn down an opportunity to ogle good eye candy.

First, he’s head and shoulders taller than everyone on campus. He walks around, his shoulders broad, as if he owns the place. Unlike most of the people at this school, I’ve never seen him with an entourage. The few times I’ve seen him, he’s been alone.

His bun is messier than usual today. Half of it has fallen out of the elastic and hangs on his very broad shoulders. The wind blows, making his hair messier, and my fingers itch to put it back in place.

I’ve never been this close to him, and when I look into his face again, I notice a small scar above his left eyebrow. I envision running a finger over that scar fifty different ways.

“Well, if you ever had this brownie, you’d die a happy death too,” I finally say.

Normally, I’d be tongue-tied around someone as good looking as him, but knowing that he must be making small talk between classes and that someone like him would never be interested in me, I decide to just be myself.

“Are you going to share, then? I want to judge this brownie for myself.”

His eyes twinkle when he smiles, and the smile reveals a dimple in each cheek. When he sticks his hand out, I stare at it, dumbfounded. “Noah Weston,” he says, and I finally shake his hand.

I’m a tall woman, only an inch shy of six feet. My hands have always been considered large, but now it’s totally engulfed in his. He wraps his hand around mine, holding it firmly, showing the contrast between my brown hand and his much lighter one. If I didn’t know any better, I’d say he doesn’t want to let go, but he does after I give it a little tug.

“Julia Blake.” I rub my hand on my jeans, trying to erase the electrical charge from his brief touch.

Buy Now or Read for FREE with Kindle Unlimited!

A Boston native, wife, mother, and wine enthusiast. If she’s not writing, thinking about writing, you will find Evelyn with a book in her hands. While a new publisher, she’s been writing for years, and she will continue to write for many years to come.

Evelyn is obsessed with assertive and confident men who will stop at nothing to get their woman. Her stories are filled with love, passion and humor.

She currently lives in Chicago, IL with her husband and two daughters.