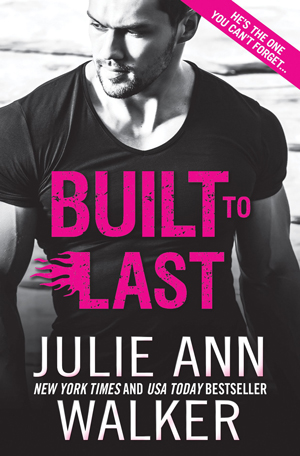 Welcome to Black Knights Inc.
What appears to be a tricked-out motorcycle shop on the North Side of Chicago is actually headquarters for the world’s most elite covert operatives. Deadly, dangerous, and determined, they’ll steal your breath and your heart… Welcome to Black Knights Inc.
What appears to be a tricked-out motorcycle shop on the North Side of Chicago is actually headquarters for the world’s most elite covert operatives. Deadly, dangerous, and determined, they’ll steal your breath and your heart.

After a mission-gone-sideways forces Jamin “Angel” Agassi to change his identity, he’s determined to bring down the world’s worst crime syndicate kingpin once and for all. That’s going to be the easy part. Keeping Interpol agent Sonya Butler from discovering who he really is—and blazing another trail into his heart—is the challenge.

Breath shuddered from her lungs. “What? Why?” That wasn’t what she’d expected him to say, especially not after the way he’d been eyeballing her lips.

And, yes, it hadn’t escaped her notice that his words were incredibly similar to the ones Mark had spoken that rainy night while they’d been crowded into that dark Parisian doorway. How could two men be so different and yet so much alike?

“Because you need it.”

And then…oh, and then he stepped forward and wrapped his big arms around her. It was like being hit with a live wire. A current blasted through her, burning her from the inside out. As if that wasn’t bad enough, some sorry sucker chose that moment to pull the rug out from under her feet, and she was falling, flailing, head pinwheeling.

She balled one hand into a fist so tight her knuckles cracked. The other squeezed her water glass so hard she was surprised it didn’t shatter.

“Why are you always telling me to do that?” She tried not to turn her head into his neck and snort in his spicy aftershave like an addict with a tempting line of cocaine. Memories of Mark tried to intrude, memories of how he’d eschewed cologne and aftershave in preference for lilac soap, but she shoved them away.

“You are strung as tight as piano wire. It cannot be healthy.”

Wow. Great. The almighty Prince of Shadows was lecturing her on her health. All while hugging her. How bizarre was her life right now?

Then it registered. He was hugging her.

It wasn’t one of those half-hearted hugs either. It was a full-on hip-to-hip, chest-to-chest hug, arms tight and big, wide hand splayed against the middle of her back. Angel might be all aloof and untouchable, but when it came to a hug, the man committed completely.

Sonya’s heart threatened to pop like a balloon. A hiccup of anguish slipped from her throat. She couldn’t help herself; she melted against him. Soaked up his odd affection and let it fill all the cracks in her armor that had developed over the last six months.

She hadn’t realized it, but Angel was right. She needed a hug. Needed it almost as much as her next breath. Needed to feel human connection to remind herself she wasn’t alone in this.

“Shh,” he whispered, soothing a hand down her hair as she fought tears.

The hug went on for a few more dreamy, melting minutes. Then she realized how self-indulgent she was being. How…weak.

Pulling back, she whispered, “Thank you. That’s enough.”

His brow pinched as he stepped away, breaking the connection of their bodies. She shivered as the room’s cool air rushed in to replace his body heat.

The pity she saw in his eyes had her grumbling, “When you look at me like that, I want to go crawl into bed and throw the covers over my head.”

“Like I’m pathetic. Like I’m a thing to feel sorry for. Like I’m a disappointment to you. But that’s crazy because you don’t even know me.” Her insides, which a minute ago had been so soft and gooey, were now crawling with tension.

“Is that the only way I look at you?” He canted his head. It caused the moonlight to silver the short ends of his black hair. His laser-like focus made her feel like there were two red sniper dots on her face.

Those sniper dots moved down as he let his eyes travel past her mouth and shoulders, over her breasts, down to her hips, and finally back up again. He didn’t try to hide the heat in his eyes. He let her see it for what it was.

Heaven help her, he wanted her like she wanted him. The difference between them was that he wasn’t trying to hide it.

“No.” She swallowed. “It’s not the only way you look at me. There’s that too.” She pointed to his face.

“Damn right there is.” His gravel-road voice had gone guttural, and she wondered what he’d sounded like before the vocal cord scouring. Had his voice been deep and smooth? Rich and resonant? It saddened her that she would never know. “And now I am going to kiss you, Sonya.”

“Because you want me to.”