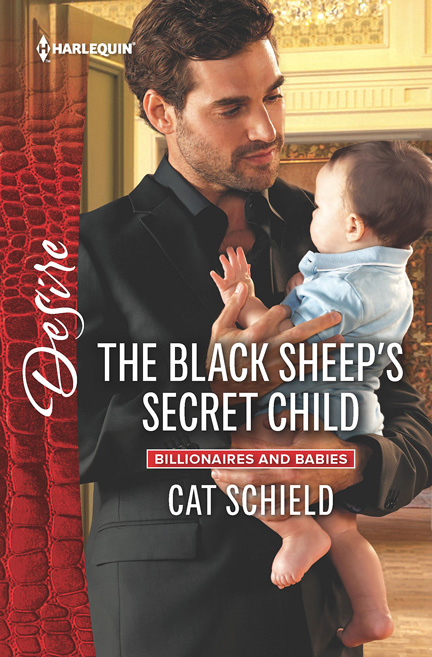 A second chance with her son’s secret father!

How did you come up with the relationship between Savannah and Trent?

I always start with the conflict. And nothing says trouble like two brothers involved with the same girl.

What is your favorite part about writing for Billionaires and Babies?

Is there anything more adorable than alpha men with babies? The first meeting between Trent and his son is adorable. I absolutely love Dylan. He’s a charmer.

Many of your books feature children, is family important to you?

Family is everything. But for me it’s not always about those you’re related to. I think it’s about those people who stick with you through thick and thin.

What was the first book that made you cry?

How long do you spend researching before beginning a book?

I usually jump right in without much research. For me the fun of writing the story is immersing myself in the details of the world. And I do a lot of research. Much of it never shows up in the book because I tend to run wild finding out about things. For The Black Sheep’s Secret Child I spent a fair amount of time learning about record labels and how many of them have struggled in the digital age.

How do you select the names of your characters?

I whip out my favorite baby book and flip through the pages until something seems right. In the case of the Club T’s books, I needed 3 men with “T” names. So I have Trent Caldwell, Nate Tucker and Kyle Tailor.

If you didn’t write, what would you do for work?

I think I’d take up creating marketing materials for authors. Book covers. Book trailers. I have a blast working on my own stuff.

Do you believe in writer’s block?

No. Some books are painfully hard to write. I think a lot of writers have avoidance tendencies. I’m always choosing between sitting down to the computer and pushing through a challenging scene or watching yet another HGTV show. Often HGTV wins.

What is your favorite thing about fall?

Fall in Minnesota is such a beautiful time of year. The trees burst into glorious colors. The days are warm. The nights are cool. It smells like campfires and dry leaves.

Are you excited for Halloween? If so, do you have a favorite scary story?

I love Halloween. The pumpkin carving. Handing out candy. My daughter is 17 and too old for me to take trick or treating and I miss it. There’s something magical about helping her pick out a costume and walking the neighborhood and seeing all the fantastic decorations. No favorite scary story, but I do love going through a haunted house. Creepy! A second chance with her son’s secret father!

Trent is fiercely proud of making his own fortune, despite his controlling father. And he’s always believed his brother got the girl who should have been Trent’s. Now he’ll have the family business, and his brother’s widow in the bargain. But will their romantic reunion be waylaid by Savannah’s shocking baby secret?

Cat Schield lives in Minnesota with her daughter and 2 Burmese cats and a Doberman. Winner of the Romance Writers of America 2010 Golden Heart® for series contemporary romance, when she’s not writing sexy, romantic stories for Harlequin Desire, she can be found sailing with friends on the St. Croix River or more exotic locales like the Caribbean and Europe. Contact her at http://catschield.net