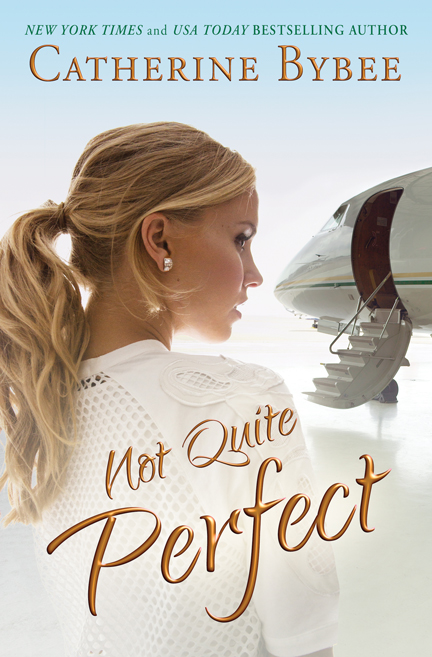 With nearly two years between books, it’s not surprising how anxious my readers are to hear how Mary and Glen manage their happily ever after. In my newest release, Not Quite Perfect, Glen Fairchild, CFO of Fairchild Charters, a private jet company owned and operated by him and his brothers, has the world at his fingertips…literally. Most playboys have a limited playing field, not Glen. With a pilot license and multiple airplanes at his disposal, he has worked the title of player happily for years. Then he met Mary.

Glen Fairchild is the last person Mary wants to fall for in her life. Commitment phobic, player, most certainly a womanizer, the man puts the M in macho, the M in moxie, the hummm in Mary’s chest. She might have been tempted right after she met the man, but since he never followed up on his grins and his sexy innuendo, she figured he’d lost interest. She was wrong! So how does this couple make a long distance relationship work? Let’s ask Glen:

How to make a long distance relationship work by Glen Fairchild

Listen, I know my girl Mary is going to do this all wrong, so let me tell you right now, long distance relationships work. In fact, they are the best way to have a girlfriend. So men, I’m talking to you, because women are wired differently and wont understand.

I’ve had my share of friends of the female persuasion. Those that live close always tend to be much more clingy. They show up at the wrong times, they expect frequent mid-day visits. Let’s do lunch turns into half the day. And hey, if that included a trip to a hotel, great, but most the time it’s spent shopping or something equally yawn-worthy. These close by benefited friends want to meet your friends, your family. What if you don’t want them to be in that part of your life? Well, let me tell you, you have to make excuses. Eventually those excuses turn into arguments, and well…once that starts the relationship is over.

So how about those cross country girls? I’m not talking about those that run, but those that live far enough away to use your pilot license to visit. Now those women are the best. They’re excited to see you every time you fly in. They put aside their work and devote all their attention to you. The sex is off the charts and leaves you blissfully exhausted by the end of the weekend. All this and you don’t have to deal with this woman buying frilly pillows to put on your bed to add a woman’s touch.

There are a few drawbacks when your long distance friend with benefits starts to occupy your mind every time there is a break in your day. Or in the middle of a staff meeting, or when you’re trying to get to sleep. Or…or when you hear about a storm blowing through your girlfriends city and wonder if she got home safely. Two o’clock in the morning on Wednesday is sometimes hard when you have a long distance girl. I guess once you start wanting this woman at two AM mid-week, maybe, just maybe, it’s time to think about bridging that gap and buying lacey pillows.

Now let’s see Mary and Glen deal with setting up a date over the phone with an excerpt from Not Quite Perfect.

“Good.” Dakota sipped her coffee. “So when will you see him again?”

“It’s not like he can meet you for lunch.”

“He would be a complete distraction if he lived here.”

They turned the conversation over to Dakota and Leo, and by the time they were finishing their coffee Mary’s phone was ringing.

The girlie squeal thing would end eventually . . . but she enjoyed it now. “Hi, Glen.”

And he sounded delicious. “That’s because Dakota hobbled over here at the crack of dawn.”

Dakota swished at her with both her hands.

“Good thing I didn’t stay over then.”

“Oh, she texted first to make sure I was alone.”

Glen’s laughter filled the line. “Glad you ladies have a protocol.”

“Like a tie on the door at the dorms. Are you on the way to the airport?”

“Nope, already in the air.”

“Makes me wonder how many hours a year you’re up there.”

“Probably about as many as you’re in your car. Hold on.” She heard him talking to the copilot.

“What are we? In high school?” Mary giggled.

“You there?” Glen asked.

“Aren’t there laws about talking on cell phones while flying?”

“No. We don’t get pulled over for speeding either.”

“Keeps your insurance rates down then.”

Glen was laughing again. “So, next weekend?”

“This weekend isn’t even over yet.”

“That would be the day after Friday,” she teased.

Dakota slapped the edge of the table and held in a laugh.

“I haven’t pulled your chain yet.” The words fell out of her mouth so fast she couldn’t close it quick enough.

Dakota roared with laughter and Glen’s silence on the line made her cringe.

“Who are you and what did you do with that innocent woman I took to dinner last night?” he asked.

“I told you my mouth got me in trouble.”

“I’ll remember that. We’ll circle back to that chain a little later. Saturday at eleven in the morning.”

She waited for more.

“Hell no. Why ruin what’s working?”

“What should I wear?”

“Casual. We’ll be outside and it will be in the eighties. And bring a swimsuit . . . just in case.”

“Unless you like jumping in the water fully clothed.”

“Glad we have that settled then. I’ll text you later about that chain pulling.”

He disconnected the call and Dakota and Mary squealed. Not Quite Perfect by Catherine Bybee

At first, a bicoastal romance suits them both—especially since Glen can swoop in and whisk Mary away on one of his company’s planes. But no matter how close they get, they’re still three thousand miles apart. And when Mary’s life is threatened, Glen realizes the one luxury he doesn’t have is time. Can he close the distance between them before it’s too late? New York Times bestselling author Catherine Bybee was raised in Washington State, but after graduating from high school, she moved to Southern California with the hope of becoming a movie star. After growing bored with waiting tables, she returned to school and became a registered nurse, spending most of her career in urban emergency rooms. Now, she writes full-time. She has penned the popular Weekday Brides series as well as the beloved Not Quite series. She resides in Southern California with her two sons