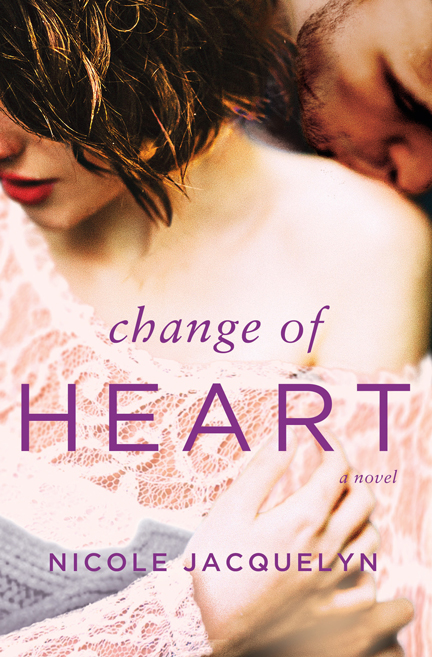 CHANGE OF HEART by Nicole Jacquelyn

They’ve spent their lives pushing each other away, but what will happen when they need each other most?

CHANGE OF HEART by Nicole Jacquelyn They’ve spent their lives pushing each other away, but what will happen when they need each other most?

Anita Martin doesn’t expect much from life. Growing up on the street, bouncing from one foster home to another, she learned to rely only on herself. Even after she finally found a loving family to take her in, she was still an outsider—something Abraham, one of the family’s older sons, never let her forget.

Abraham Evans doesn’t know how Ani always manages to get under his skin, only that’s she’s been doing it since they were teens. She is—and always has been—undeniably gorgeous. But he’s never met anyone as pissed off at the world as Ani.

For fifteen years, Ani and Bram have agreed on exactly one thing: they can’t stand each other—until one night when their anger gives way to passion. Yet even as Ani and Bram begin to secretly seek comfort in one another’s arms, they remain emotionally worlds apart. When Ani’s life takes a dramatic turn and she realizes she needs more than Bram can give, their fragile, no-strings relationship unravels. One way or another, Ani is determined to survive. But when Bram finally admits his true feelings, he may discover Ani has moved on without him. When Nicole Jacquelyn was eight and people asked what she wanted to be when she grew up, she told them she wanted to be a mom. When she was twelve, her answer changed to author. Her dreams stayed constant. First, she became a mom, and then during her senior year of college–with one daughter in first grade and the other in preschool–she sat down and wrote a story.