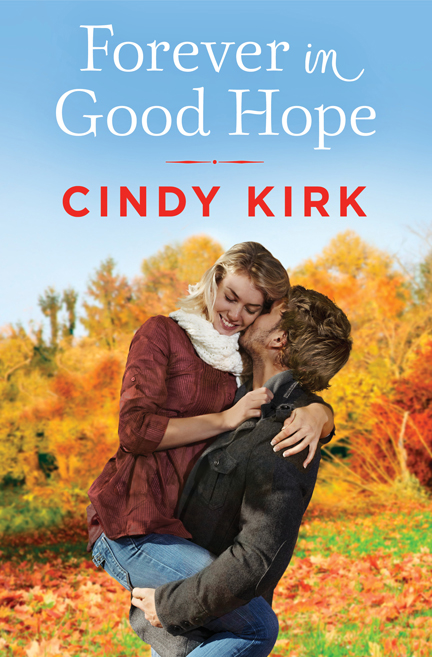 In my latest release, Forever in Good Hope, Delphinium (Fin) Bloom and Jeremy Rakes find themselves thrust into a fake engagement. Their engagement is complicated by the fact that Fin is engaged to another man.

In my latest release, Forever in Good Hope, Delphinium (Fin) Bloom and Jeremy Rakes find themselves thrust into a fake engagement. Their engagement is complicated by the fact that Fin is engaged to another man.

Sounds unbelievable? Trust me. Such things happen every day. Okay, maybe not every day, but sometimes. You never know, in the future it could happen to you, or to someone you care about. If it does, here are some tips, courtesy of Fin and Jeremy, on how to have a convincing fake engagement: Delphinium “Fin” Bloom returns to her hometown with one goal: get the mayor—her former flame—to approve a location shoot in Good Hope. But business turns personal when the two become entangled in a fake engagement to comfort his ailing grandmother.

For Jeremy, the romantic façade hits close to his heart. Still reeling from the way things ended between Fin and him all those years ago, he sees the fake engagement as an opportunity to get her out of his system once and for all. But instead of laying the past to rest, Jeremy quickly discovers he can’t envision a life without her.

Now engaged to another man, Fin had long ago given up on the dream of a life with Jeremy. Why is it, then, that her fake engagement feels more genuine than her real one? As the sleepy days of summer come to a close in Good Hope, will Fin and Jeremy give love a second chance? Or will the revelation of a devastating secret put an end to the fairy tale? Cindy Kirk started writing after taking a class at a local community college. But her interest in the written word began years earlier when she was in her teens. At sixteen, she wrote in her diary: “I don’t know what I would do if I couldn’t be a writer.” When she returned to her first love—writing—she jumped feetfirst into book-length fiction. She loves reading and writing romance because she believes in the power of love and in happily ever after. An incurable romantic and an eternal optimist, Kirk loves seeing her characters grow and learn from their mistakes and, in the process, achieve a happy ending through the power of love. She and her high-school-sweetheart husband live in Nebraska with their two dogs.