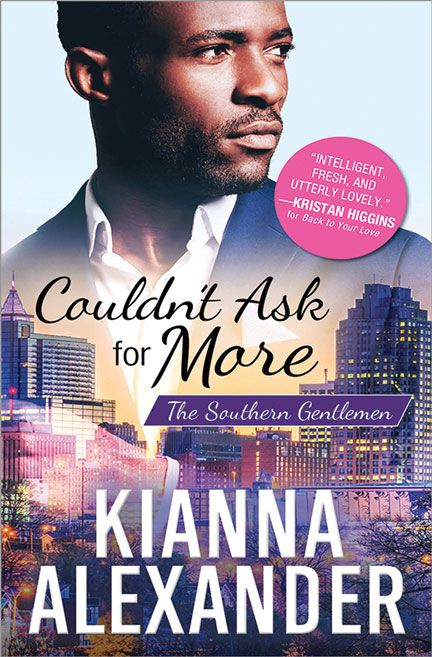 Fake engagements are a dangerous business.

It’s the perfect plan…until feelings start getting in the way. Suddenly, the dangers of mixing business and pleasure become much more real than either of them expected.

Excerpt:  Alexis and Bryan meet for coffee and she wears her attraction on her sleeve.

The moment she stepped inside, the rich aroma of roasting coffee beans filled her nostrils, replacing the scent of the copious evidence of plant reproduction she’d dealt with outside. She inhaled, a smile stretching her lips. The shop wasn’t too crowded, but she could see there were a good ten or so people inside, seated at tables, on benches, or in the fluffy armchairs. She eased her way to the counter, reading the chalkboard that displayed the day’s special concoctions.

The moment he entered the space, she felt his presence. It was as if her senses awakened whenever he was near. She looked toward the door, letting her gaze sweep over him. He wore a pair of navy slacks and a light-blue button-down shirt. He’d forgone a tie, and the top two buttons of his shirt were undone. His black dress shoes gleamed in the overhead light. A pair of dark sunglasses obscured his eyes but could not hide the smile that brightened his handsome face when he saw her.

He removed the sunglasses, tucking them into the hip pocket on his slacks. Their gazes met as he crossed the space.

Her heart pounded in her ears. What was it about him and his killer smile that made her feel like an overzealous fangirl in the front row of a concert? Even now, she could feel the rise in her body temperature, and she could tell it had nothing to do with the climatic conditions of the coffee shop.

No. This man was hot, plain and simple.

Standing abreast of her, he spoke. “Have you been waiting long?”

“No. I was a little early, but I haven’t been here that long.” She blinked, hoping to break the spell he seemed to be casting over her. “Do you want to order something?”

“I’m gonna grab a mocha. You look nice, by the way.” He let his gaze travel over her body.

She glanced down at her simple outfit of a long gray tunic, black leggings, and metallic silver ballet flats. “Thanks.” She hadn’t changed clothes after leaving work. As a designer and as a consumer, she held firm to the belief that comfort should coexist with looking put-together.

The young woman working behind the counter asked, “What can I get you, ma’am?”

Alexis turned toward the menu again but found it hard to decide. Nothing there looked quite as delicious as the tall drink of man standing behind her. In the end, she went with her usual. “Can I have a medium French roast with cream and a caramel drizzle, please?”

“No problem, ma’am. Anything else?”

“No.” She occasionally ordered a muffin or some other pastry to accompany her dark roast, but the butterflies in her stomach left little room—or desire—for food. She reached into her black shoulder bag for her wallet, but she heard Bryan speak as she rifled around inside her purse.

“I’ll be paying for the lady’s drink. And I’d like a medium mocha, please.”

She snapped her head up in time to see him hand the barista his credit card.

As if he sensed her wide-eyed stare, he turned her way. “What is it?”

“I was intending to pay for my drink.”

“Nonsense. It’s the least I can do for my beautiful fiancée.” He winked.

Her mouth watered, and she swallowed. Was it from the heady scent of coffee and baked goods arousing her taste buds? Or from the way he looked at her, which aroused her in an entirely different way?

“Did you already pick somewhere to sit?”

His question drew her back to reality. She shook her head. “Like I said, I haven’t been here that long.”

He gestured to a table for two, situated in the far back corner of the coffee shop, to the left of the counter. “That looks nice and private.”

She couldn’t help noticing the way he seemed to emphasize the word private. She swallowed again. “Sounds good.” Based on what they were about to discuss, it made sense for them to seek a table away from the other patrons.

Once the barista handed them their steaming ceramic mugs, he started toward the table he’d chosen. She fell into step behind him, and her traitorous eyes dipped to his hips. He had a glorious backside that nicely filled his slacks. It looked tight enough to bounce the proverbial quarter off. Chastising herself for the direction of her thoughts, she jerked her gaze upward as they reached the table.

And found him watching her, an amused grin on his face.

Her hands began to tremble beneath his scrutiny.

He set his mug down, then grabbed hers and put it down as well. “You okay?”

She nodded, slipping into her seat. “Yes. I’m fine.”

He sat in the chair across from her. “I know where you were looking.”

Her eyes widened, and she slid her cup to the side so she could rest her forehead on the cool surface of the tabletop. She certainly hadn’t intended to be so obvious in her ogling. She remembered that she’d caught him doing the same thing when he’d first visited her office. His inability to hide his behavior had amused her, yet here she was, doing the very same thing.

He chuckled. “Don’t be embarrassed. The fact that we’re attracted to each other will only add to the realism of this little game we’re playing.”