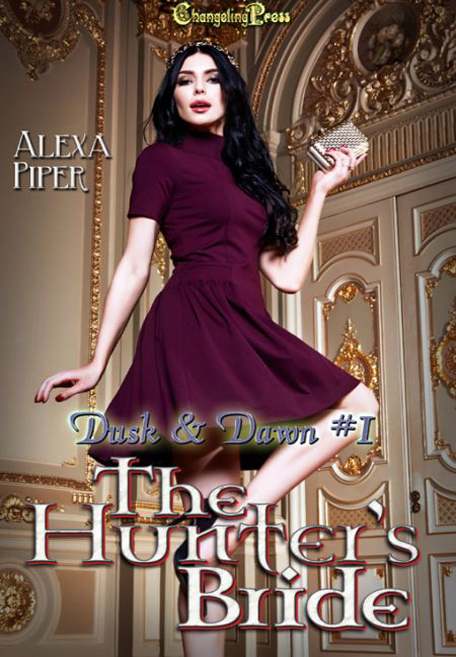 Crafting a World to Escape To
by Alexa Piper

Why do writers write? What is the best thing about it, the thing that makes you not quit, even when things get hard and the story just won’t come?

For me, it’s because I love writing, and the reason I do is the fact that with every new story, with every new character, I build a world that looks a lot like ours but is different in some way. It’s a world I would want to visit, at least for a time (and some worlds I have created I want to see more than others.) 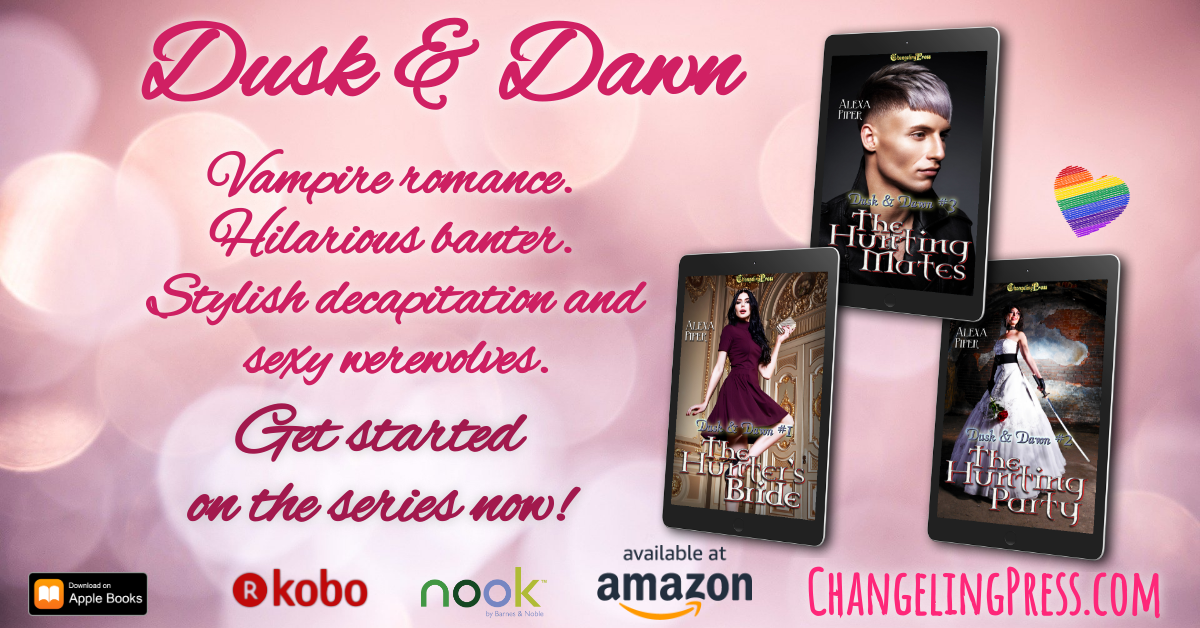 Alternative history isn’t something I ever thought I would write. Something about changing the past and imagining the future going differently from there always seemed, well, boring to me. However, when I started creating my Dusk & Dawn series, I slowly came to realize that alternative history was what I was doing, except I blended the alternative history with fantasy: in this world, vampires, werewolves, and Fae exist, and they decided to join forces and come out to the humans.

There are a lot of things that are different in the world of Dusk & Dawn, but I don’t spell all of them out. On the surface, things feel the same, and of course it’s also a rom com with loads of banter, so that’s what I focus on.

But while I love readers sharing how the first in the series, The Hunter’s Bride, made them laugh out loud in public, I also love readers picking up on the little differences. For instance, in book two, The Hunting Party, we learn that the inquisition never really got off the ground, so Europe wasn’t lit up with pyres for years and years. Book three, The Hunting Mates, focuses a little bit on a notorious serial killer. It’s also about a vampire and a werewolf falling in love, so that really overshadows things.

I really love finding new stories in this world, and just today I finished book four, which is a quaint ish escape to the French countryside. Everyone (mostly everyone) had a really great time.

How about you? Ready to escape to a different place where werewolves run around openly on the full moon? Check out Dusk & Dawn! I brought you an excerpt from the first book, The Hunter’s Bride so you can start your own escape from reality right now. Enjoy!

Brian seemed to be slipping. He’d called up to tell Maxim of the interviewee’s arrival only about twenty seconds before the elevator had dinged, which barely gave Maxim the time to refresh his memory in regard to her name.

Heath had left a file on his desk titled Interviews, and Maxim had complained at the sheer lack of imagination that was obvious in that title. Heath had used magic marker to write it, though, and Maxim had wondered, out loud, if Heath had missed the developmental stage crayons were clearly meant for. Upon which Heath had broken into verbiage that came odorously dripping from the verbiage gutter. Heath had informed him that he, Maxim, best not pull any of this bodily refuse with the artsy people. They were, after all, artsy people and not likely to enjoy such shenanigans, at least if Heath’s soliloquy was to be believed. It was a shame the creativity he had displayed in his colorful speech had not translated into the simplistic title of the file that had sparked it.

“Robyn with a y,” Maxim mumbled to himself as he walked toward the elevators. “Y, y, y… Why would whiskey-vending witches want vigor with their witchy wits?” He pushed a strand of his hair back behind his shoulder and put on a smile. He could smell the interviewee even before he saw her, some perfume he didn’t know, light and floral, forgettable as Valentine’s Days spent alone. The scent underneath that was sunshine-warmed skin, a slight note of crushed cardamom pods. A shame to hide that with such perfume.

When Maxim laid eyes on the interviewee, he could feel his pupils spill black, and he immediately understood why Brian had taken so long to pick up the phone. Robyn with a y Somerton was gorgeous, though very much on the skinny side, always something that made Maxim’s memories of hunger float back to the surface of his mind, no matter how long ago that had been. Her hair was dark and wonderful, lush ebony, and her gray eyes and pale skin made her deep purple dress look even better on her. But damn it, he had promised Heath.

“Miss Somerton, thanks for coming in for the interview. My name is Maxim Vallois. I believe you talked to my assistant over the phone?” Now, there’s some perfect manners for you right there, Heath. If only that dhampire brat were here to see it.

“Y-yes. About the curator position?” she said, catching herself rather quickly and reining her expression back into normal. Maxim liked her voice. It was calm, not shrill. Heath sometimes brought home shrill, and that was usually headache inducing, rhetorically speaking. Maxim did not actually get headaches.

“Certainly. Please, come in.” Part of him wondered whether she would run. She was wearing terrible heels for that, and because he cared and paid attention, Maxim was pretty sure she was already headed for at least one blister on her left heel. Maxim had never understood heels, nor foot binding. He had understood what it said about having power over women, but he’d loathed that, loathed that society made it necessary for women to give that power.

Not the time to wax philosophical, Maxim reminded himself. Heath, if he were here and not away doing something that had to do with banks and money, would have been seething in the acid of his own glaring stares already. Stares glare glistening staffs of seeping solace. Not my best one, Maxim thought.

Robyn with a y came forward. Clearly she had decided running would be stupid. Mmh, Heath. Did you get me a final girl? Maxim filed that as a nice line for later. When he would tell Heath he wanted Robyn with a y. He wasn’t even sure why. It sure as bodily refuse wasn’t the cheap perfume, and it wasn’t the mildly scrawny look that Maxim found mildly headache inducing. Perhaps it was that stare of not quite fear but close enough to fear. Or lust at first sight? Who knows. Whatever the why, Maxim wanted her.

Of course Maxim couldn’t just spring this on Y Robyn. It would sound as if he were planning to make her a plaything, something Maxim knew good and well vampires did. He could go off on a whole other tangent about that nasty habit. He had to at least give Y Robyn the impression she had won the job, and of course he needed to be able to tell Heath as well, so he led her to the cluttered table he had lovingly prepared for the magic marker interview.

“I’m sorry I’m late,” Y Robyn said when he shook her hand. “You know how fickle the subway can be.”

“I don’t, actually. But it’s no trouble. This way.” He made a mental note of checking out the subway. It might be fun, ethnologically speaking.

When Y Robyn saw his table, she summed it up wonderfully concisely. “Wow,” she said, and Maxim glanced at her saucer wide eyes and at the appealing slackness of her drooping jaw.

Alexa Piper writes steamy romance that ranges from light to dark, from straight to queer. She’s also a coffee addict. She loves writing series, and her Fairview Chronicles follow a ragtag gang of supernaturals who try to make their city safer. Mostly. Her second series, Dusk & Dawn, explores banter and the trappings of a world in which Vampires, Werewolves, and the Fae live alongside humans. Connect with Alexa on Facebook, follow her on Twitter, and subscribe to her newsletter!