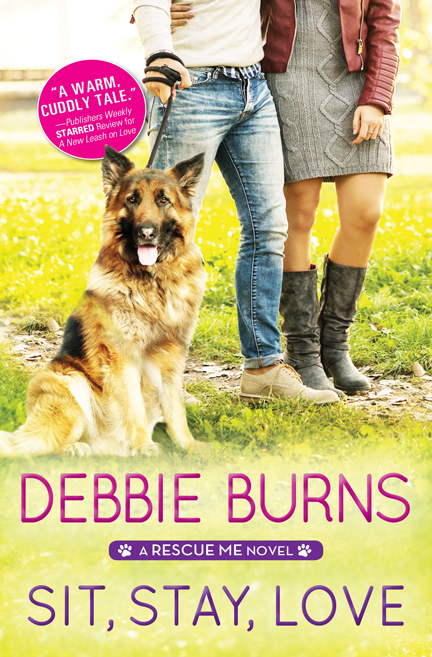 These dogs aren’t the only ones in need of rescue.

These dogs aren’t the only ones in need of rescue

Kurt Crawford keeps his heart locked away from everyone. Well, everyone except the dogs who need his help…and always have his back. But as Kurt gets to know the compassionate, beautiful woman he’s been assigned to work with, he can’t help but feel a little puppy love…

Kurt’s skin was crawling, and the tightness in his jaw had migrated to his temples. His shoulders and spine tensed as he scanned the parameters of the long, open warehouse like he was on patrol. The rear of the building was blocked off by accordion-style dividers. It bothered him that he couldn’t see past them.

It was the smell setting him on edge, he finally realized. Not the obvious smell—the smell of hot, unbathed dog multiplied by 150. That smacked you in the face when you stepped through the doors. Unnerving him was the underlying scent of fear radiating from the expansive rows of crates that were dwarfed by the thirty-foot ceiling and five-thousand-square-foot floor.

Dogs didn’t have sweat glands, so it wasn’t as if the smell was coming out of their pores. But he’d been in the service long enough to know fear when he smelled it—his own, another human’s, a dog’s. Metallic and salty—like blood, only subtler.

The gushy blond accompanying him on the tour wasn’t setting him at ease either as she squatted down and talked to every crated dog. The bumper sticker on the back of her Corolla—the bright-yellow car he’d parked by had to be hers; he’d seen her keys—was a telltale enough sign she wasn’t right for this job. I BRAKE FOR TURTLES. He didn’t know what Rob was thinking, sending a bunch of trained fighters off to be in this girl’s care.

The bumper sticker wasn’t the only thing he noticed. She was tall and strikingly pretty in an understated, natural way, and she had an hourglass figure.

Not that her looks mattered.

What mattered was that dogs treated the way most of these had likely been treated—stuck in crates or tied to chains and freed only to fight—needed much more than soft words and treats passed through the bars of their crates.

“She seems sweet enough,” she said of the mastiff mix displaying submission along with a good deal of stress while being stared down through the door. Her voice was easy and calm like the slow pour of honey.

Kurt gritted his teeth as she pulled free a yellow sticky and pressed it on top of the crate. Yellow. Seriously? Her and her stickies. He’d stifled a laugh earlier when he figured out her system. Pink for definitely, yellow for maybe, blue for pass. She’d only used one blue sticky so far, and the way that Rott had attacked the cage door, Kurt wouldn’t have been surprised if he was rabid.

The next dog they came to was a giant. Rather than being crammed into one of the crates, he was in an oversized kennel. He stood when they approached, making it easier to inspect him. The long hair around his neck and along his upper back pricked straight up, declaring the animal’s unease. And unlike most of the gigantic dogs Kurt had come across at one time or another, this one seemed anything but easygoing.

With his tail stuck straight out, the massive animal looked at each one in the group alternately, fixing them with a striking stare that in Kurt’s mind was akin to a dare.

Kurt forced back a protest as the blond pressed a pink sticky on the front of the giant dog’s kennel. So, she’d be throwing a man-sized dog with a heavily alpha demeanor into the mix, wherever she was taking them.

Kurt nodded to the partitions blocking off the back of the warehouse. “What’s behind door number three?”

Rob’s lips pursed almost imperceptibly. “Long shots and TLCs. Nothing she needs to see. For the long shots, it’ll be a bit before we have a sense of whether or not they can be rehabbed into traditional homes. The others will stay until they need less intensive care.”

Maybe the dogs in those cages would shake some sense into the girl. “She should know what she’s getting into. Know how bad it can be.” The blond’s eyebrows furrowed as she listened. She closed one arm over her stomach, wrapping her hand around her other elbow, drawing his attention to her chest, though he knew not intentionally. She reminded him of one of those ancient hand-carved fertility statues. No makeup that he could see, light-brown eyes with flecks of gold, and hips in perfect proportion to her chest. And he had the distinct feeling she had no idea of the heads she turned every day.

She was dressed for a day on the job in faded jeans and a V-neck tee that was the color of orange sherbet. It read “ADOPT,” except that there was an impression of a dog paw in the middle instead of an “O”.

“I wouldn’t mind seeing everything,” she said, watching two young guys Rob had introduced at the start of the tour roll a crate behind the blocked-from-view partition after bringing it in through a side door. “You’re getting more dogs this morning?”

One side of Rob’s mouth pulled up into a half smile, half grimace. “No new animals are coming in until this evening. The pit my guys are rolling back was in surgery yesterday. A couple local vets have volunteered their services. And right now, it’s triage.” He tapped his fingers against his temple and gave a light shake of his head. “Come on, if you want. I’ll let you see.”

Debbie Burns lives in St. Louis with her family, two phenomenal rescue dogs, and a somewhat tetchy Maine coon cat who everyone loves anyway. Her hobbies include hiking, gardening, and daydreaming, which, of course, always leads to new story ideas.

Enter to win one of five copies of A New Leash on Love by Debbie Burns!