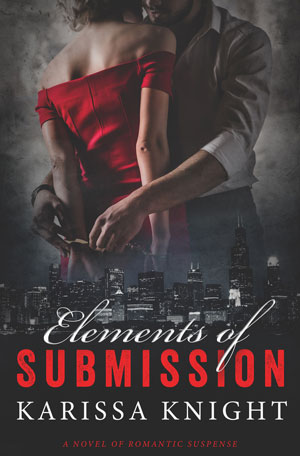 A complicated, damaged character truly makes a story unputdownable. In my latest novel, ELEMENTS OF SUBMISSION, Wilhelmina Green—Wil to her friends—is a criminal defense attorney who represents the most heinous, predatory men. Though she’s young, Wil is a star in her field. She loves her job yet feels guilty for helping release predators back into society. She believes that she deserves punishment for her part in perpetrating crimes against women. So in her spare time, Wil travels to remote locations to tombstone. Until diving from dangerous cliffs isn’t enough punishment to atone for her perceived sins.

Years ago, my future husband followed me into a bar. Okay, my first thought was to worry, stalker? Who is that guy? In torn jeans and a T-shirt, he watched me from a table across the room—as I peered at him out of the corner of my eye. He had sun-bleached blond hair and broad shoulders. From our separate tables, we ordered drinks. The band started to play, and then he brought his drink to my table. We talked so easily and he asked me to dance. And when he walked me to my car at the end of the night, he kissed me on the cheek and asked if he could see me again. My heart raced, and my palms grew moist with sweat. I said yes because I was hooked on my future husband long before that tender moment.

Have you ever experienced that rushing waterfall of emotions when you first meet your true love? It happened to me when I met my husband—married thirty-four years and counting—on Pearl Street Mall in Boulder Colorado.

I often wonder why hundreds of thousands crave the next Bridgerton episodes. Or why I can’t get enough of Outlander or #dirtysexygeeks. But I also love scary movies. Are you with me?  Have you seen all the American Horror Story episodes? Maybe you, like me, can’t get enough of The Conjuring.

Why do readers love romance books? And why do others love thrilling suspense with the ticking time bomb of fear? I hate to ruin it for you, but it just might be a chemical cocktail that our brains crave. Because while we are passively reading or watching a show, endorphins fill our bodies making us feel the way the characters do. In a well done movie or book, we are living those moments as if we are the characters.

Psychology fascinates me and that’s why I write. For my first book, BEST KEPT SECRETS, I read as much as I could find about Perpetration Induced Traumatic Stress. Similar to PTSD, PITS is related to the immediate stress that one feels after witnessing a frightening event such as a murder. It can last for months or even years. In the case of my character, Morgan Jewell, her PITS lasted more than a decade. Side effects can include sleeplessness and avoidance. It can even cause memory loss because sometimes, your mind will hide the truth to protect you from it. Unfortunate for my character, Morgan, and yet fascinating for readers.

My favorite character to write was sociopathic Caryn Kline. She loved numbers rather than people and was surly, mean and friendly. Some days it felt good to get inside her wicked head. Speaking of romance, Caryn did have a love-interest in Best Kept Secrets. Mack was a married man. As long as he stayed married, she could keep him on a leash. The relationship was perfect for Caryn, who didn’t want to get too close to anyone.

A complicated, damaged character truly makes a story unputdownable. In my latest novel, ELEMENTS OF SUBMISSION, Wilhelmina Green—Wil to her friends—is a criminal defense attorney who represents the most heinous, predatory men. Though she’s young, Wil is a star in her field. She loves her job yet feels guilty for helping release predators back into society. She believes that she deserves punishment for her part in perpetrating crimes against women. So in her spare time, Wil travels to remote locations to tombstone. Until diving from dangerous cliffs isn’t enough punishment to atone for her perceived sins.

Enter her new client, Jonathon Thomas Heun. Jonathon has become a person of interest in the disappearance and subsequent murder of his assistant, Kymani Zhao. He needs the best lawyer money can buy. Luckily, he’s a wealthy CEO of Prevail Pharmaceutical Software. As Chicago’s most eligible bachelor Jonathon meets Wilhelmina, chemistry happens. You guessed it, Wil experiences that chemical cocktail I mentioned before.

I’m not a scientist, but I do love when psychology and science explain human behavior. Falling in love causes a chemical response in your body. The brain produces three chemicals, dopamine, norepinephrine, and serotonin. Dopamine, a known feel-good chemical, floods the body when we’re first falling in love. Norepinephrine, a related chemical, can make us feel giddy and even euphoric. Adding to this cocktail, serotonin shifts put us on high-alert whenever we’re near our true love, so that we pay close attention to each detail of their body, their movements, and actions.

Here’s a savory tidbit. Dopamine is also responsible for the pleasure you feel while being entertained by your favorite scary movie. Seated in the cerebral cortex, your amygdala, gets involved whenever fear or perceived fear is present. Our brains can’t tell the difference.  The amygdala also pumps stress hormones that make our eyes go wide and our hearts race.

I love the rush of fear associated with reading thrillers. I’m also Jane Austin’s biggest fan. In my latest book, I tried to incorporate both the exhilaration of falling in love with the adrenaline that makes you want to run away. Still interested? Here’s an excerpt from my new release, Elements of Submission.

The memory of each victim pushed me toward the cliff’s edge.

The flashlight I’d purchased from la tienda flickered, then faltered. I cursed the cheap product and tucked it into my backpack, then set it behind the lush ferns carpeting the forest floor. My eyes adjusted to the darkness, and I took note of my location. No longer pitch-black, the sky grew deep blue above the palms and tropical trees. The color of the sky matched my destination, the ocean depths.

Time was running out. I dropped to the ground and continued by crawling, feeling my way. Small, sharp stones dug disciplinary cuts into my knees and palms. Payback. It was an intellectual thrill to defend gangsters and murderers. Criminal law is my specialty, and it gave me a huge rush to plead someone’s case, knowing what’s at stake for that defendant. What I didn’t sign up for was the guilt, a side effect of my growing, successful career. Innocent people, the victims, should have been my responsibility.

Though it was winter, heat radiated off the hard-packed Mexican terrain. The cool ocean breeze rustled the leaves overhead. A frond rustled as a small animal darted away. Where crickets and green tree frogs had chirped an hour ago, the forest was now still behind me. Ahead, ocean waves lapped against stone. I loved this moment alone with the elements. It was why I chose the quiet, predawn for my jump.

After arriving in Acapulco, I avoided most touristy places that advertised cliff-diving shows. At a small beach bar near La Quebrada cliffs, however, I shared drinks with a cute local diver. I bought him a shot of tequila, and he was glad to discuss his skills with an American woman. He told me stories about his diving exploits and pointed out the seventy-five-foot stone wall jutting up from the ocean. With no public access, gates to the top remained locked and guarded to keep crazy people out. Crazy people like me. From that height, an amateur diver could kill herself.

I was no amateur.

After a couple shots of tequila, the diver told me about a secret cliff three miles north of La Quebrada where he practiced his dives. A cliff—he promised—that was sixty feet above the ocean in some places. He didn’t give me directions, but Google Maps did. I had parked the rental car and begun my trek through the tropical jungle to the cliff.

The warning cry of a single bird announced the coming of daylight. As I neared the cliff’s edge, the familiar rush of adrenaline flooded my bloodstream. The brightening sky increased my visibility. Down below, the dark and fathomless water filled me with anticipation. My heart thumped, filling my veins with encouragement. Here, I could finally let go of my guilt.

Like diving, standing in front of a jury in the courtroom was a performance. The accused killers and rapists I’d defended had been acquitted and my choice to help them affected families.. Plenty of reasonable doubt led jurors to not-guilty verdicts. I’d punched so many holes in the prosecution’s cases that my clients were set free to do it again if they chose. I made that possible for them. I would live with the guilt—the evil I’d released back into society—for the rest of my life.

In the homes of those many victims, the name Wilhelmina Mary Green had become associated with injustice and cruelty. While standing on the cliff’s edge, I thought about the casualties and the abused, the innocent and the injured, and I asked for forgiveness. I looked out to the horizon where water met sky and said their names out loud in apology.

I removed the cheap flip-flops I’d purchased—throwaways—and let my toes curl over the edge of the stony cliff. Fear and euphoria mixed a cocktail of my personal brand of escapism. When the sun rose above the trees behind me it threw a long dark shadow on the ocean’s surface. Far away, the waves caught the light and glistened. Below, black water splashed and churned. Waves promised to wash away my sins. The time had arrived.

A twig snapped behind me. Someone approached.

I took a deep breath and closed my eyes. Arms prepared, I bent my knees in readiness.

Propelling myself outward with all my strength, I became airborne, flying toward atonement.

Elements of Submission is available June 21, 2021, in Kindle or Paperback format.

Still on the fence? Check out my YouTube book trailer. 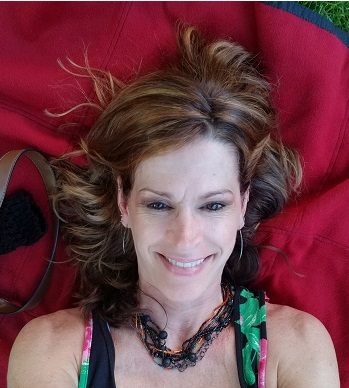