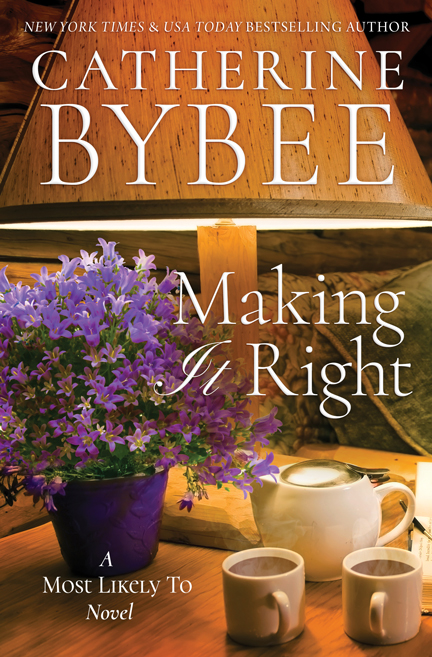 Some kids inherit a family business; Jo Ward inherited a badge. Once voted Most Likely to End Up in Jail, the town wild child has become sheriff—hell-bent on uncovering the truth about her father’s mysterious death. Life is quiet in rustic River Bend, but Jo longs for something beyond her small hometown and the painful memories it holds. All that keeps her sane is the support of her best friends, Melanie and Zoe. Some kids inherit a family business; Jo Ward inherited a badge. Once voted Most Likely to End Up in Jail, the town wild child has become sheriff—hell-bent on uncovering the truth about her father’s mysterious death. Life is quiet in rustic River Bend, but Jo longs for something beyond her small hometown and the painful memories it holds. All that keeps her sane is the support of her best friends, Melanie and Zoe.

But when Jo signs up for an expert law enforcement training seminar, she meets Gill Clausen, whose haunting eyes and dangerously sexy vibe just may challenge her single-minded focus. Commitment-phobic Jo can’t deny her attraction to the arrogant federal agent, and when odd things start happening around River Bend and danger surrounds her, she realizes she’ll need his help to discover who’s out to remove her from River Bend…permanently.

As Jo and Gill work together, it’s clear they make a great team. But can Jo loosen her grip on the past enough to let love in and reach for the future?

They rounded the corner to find several agents talking and drinking coffee in what looked like a lounge.

Shauna’s voice reached the back of the man. As he turned, Jo felt the world tilt.

“Jo,” she managed to choke out.

Rocco, who exchanged a T-shirt for a suit and tie, managed to look her up and down in the space of a breath. His half smile emerged. “Sheriff Ward.” He extended a hand. “I’ve heard a lot about you.”

The question was meant to unsettle her.

His left eyebrow lifted. “I’m sure we have.”

She squeezed his hand, dug what nails she had into his palm before letting go.

“No one would forget meeting you, Gill.” Saved by Shauna.

Shauna introduced her to the other agents in the room. None of the names registered.

Get it together, Jo.

“I’ve gotta go,” Shauna said after checking the time on her watch. “Be nice, Clausen. Remember, you’re scary to those of us who know you.”

Jo met Agent Gill Clausen’s eyes. “She looks like she can handle me.”

Shauna narrowed her eyes. “I’ll be back by noon.”

Jo waved her off and pulled in a deep breath.

Well, this was going to be a load of shits and giggles. Here Jo prided herself on being able to read people. Never once in the time she spent playing tonsil hockey over the weekend did she peg him—Viking Man—Gill, as a Fed.

The water cooler room filled with other agents and kept Jo and Gill from saying anything they were thinking. What was he thinking? He kept eyeing her like an enigma. Which was probably how she appeared, looking at him.

“Burton was assigned to your town for that missing girl a couple years ago, right?”

“Hope is great, thanks for asking.”

The five men in the room watched her. “It’s always nice when it works out,” another agent said.

“Yes, it is.” Gill put his coffee down and caught her attention again.

“Well, Sheriff, we only have you for a week. Let me get you where you need to go.”

Jo forced her eyes to look directly at him. She would not cower . . . not be embarrassed. She hitched her backpack higher on her shoulder. “Lead the way, Agent Clausen.”

They walked in silence down the same hall she’d just used with Shauna.

He ate up the path with quick strides, making Jo take another step to his in order to keep up.

They stepped into the elevator together, the reprieve from a private conversation came in the way of a woman joining them before the doors shut.

Her fist clenched her backpack and Gill chuckled softly.

She refused to look.

The elevator emptied them back into the lobby, where he directed her toward a long, busy corridor.

She doubled her step and matched him shoulder to shoulder. “Where are we going?”

He pushed through an exit door, the sun blinding her.

Gill fished sunglasses out of an inside pocket of his jacket, set them over his eyes, and didn’t miss a beat.

He stepped to a dark blue sedan, one that screamed FBI, and opened the passenger door.

Gill managed to put his frame behind the wheel and turn over the engine before he uttered a word. “You left without saying good-bye.”

No use pretending. “I didn’t think I’d see you again.” New York Times bestselling author Catherine Bybee was raised in Washington State, but after graduating from high school, she moved to Southern California with the hope of becoming a movie star. After growing bored with waiting tables, she returned to school and became a registered nurse, spending most of her career in urban emergency rooms. Now, she writes full-time. She has penned the popular Weekday Brides series as well as the beloved Not Quite series. She resides in Southern California with her two sons.