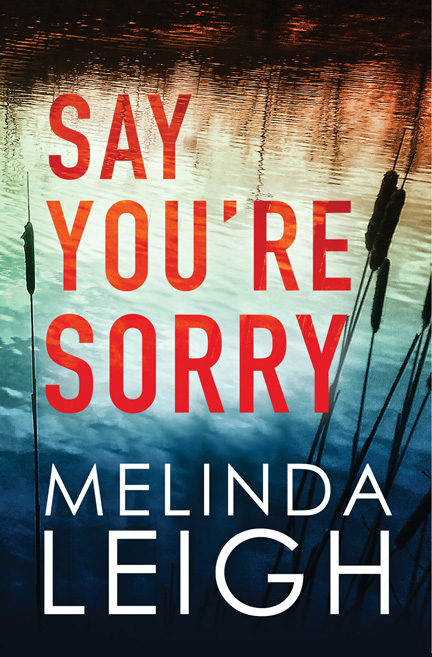 Tessa was the ultimate girl next door, and the community is outraged by her death. But Morgan has known Nick for years and can’t believe he’s guilty, despite the damning evidence stacked against him. She asks her friend Lance Kruger, an ex-cop turned private eye, for help. Taking on the town, the police, and a zealous DA, Morgan and Lance plunge into the investigation, determined to find the real killer. But as they uncover secrets that rock the community, they become targets for the madman hiding in plain sight.

Morgan got out of the Jeep as soon as Lance parked behind her minivan in front of Sharp Investigations. Her scraped leg ached as she detoured to her van and removed a gym bag from the cargo area. The sun had set, and dusk settled over the quiet street. They went up the walk and climbed the steps of the dark duplex.

Lance unlocked the front door. “I didn’t know you went to a gym.”

“Two months ago, I bought a two-week trial membership. I went twice. The gym bag has been sitting in there since.” Morgan followed him into the office.

“Sharp must be out.” Lance closed and locked the door behind them.

“You obviously work out regularly.” She scanned his muscles on top of muscles.

He shrugged. “My physical therapy regimen is intensive.”

“That was my intention with the trial membership.” She had plenty of excuses about the kids taking up all her time, but in reality, she just hadn’t been motivated to exercise.

Or to do much else.

Lance steered her back to the kitchen. He took a first aid kit from the cabinet. “Sit down.”

“I can clean my cuts myself,” she protested.

“Fine.” He set the kit on the table and went to the fridge. Taking out a bottle of water, he put one in front of her, then retreated to the other side of the small room, leaned back against the cabinets, and watched.

Morgan sat down and bent over her knees. Blood and dirt caked the scratches on her legs. She squirted antiseptic onto a gauze pad and began to blot. There was more dirt than blood. A few superficial scrapes on her shins were already scabbing over, but a deeper abrasion on her ankle was bright red and still bleeding. She dabbed at it, wincing at the sting. The gauze caught on something. Several large splinters were stuck in her skin. She must have picked them up from the log Lance had jammed her behind, not that she was complaining. He’d put his body between her and an active shooter.

She’d held her act together during the moment, but now that she was safe, her hands trembled as she replayed the incident in her head. She flexed her fingers to steady them. Shaking the memory away, she focused on her ankle. Once she was home and alone, she could fall apart. She tried to get a better look, but she couldn’t get her ankle closer without hiking her skirt up to her hips.

And thinking about doing that . . .

Her gaze flickered to Lance, leaning on the counter, his thick arms crossed over his thicker chest. He was not the sort of man who could blend into the background. His body—and personality—took up too much space. So much that her eyes were drawn to him whenever he was in the same room.

He was so different from John. Her husband had been tall, thin, and dark, with an easygoing personality. Lance was blond, heavily muscled, and intense.

She blinked and looked away.

What was wrong with her? It must be the aftereffect of being shot at. Her emotions were all over the place.

“Is there a pair of tweezers in that box?” she asked. She wanted to be blood-and dirt-free before she went home so she didn’t frighten her girls. They didn’t need to know she’d been in danger.

“Let me look.” Lance set his water bottle down and crossed the kitchen.

But instead of searching the kit, he sat in the chair next to her and lifted her legs onto his lap, turning her sideways in her seat.

“Oh,” she said, surprised. His legs were twice as thick as hers and ten times more solid.

“It’s probably easier for me to get these for you.” Taking tweezers from the kit, he bent over her legs.

“It’s OK. I can get it.” A shiver in her voice belied her confident words.

He lifted his head, his gaze catching hers and holding on for a long second. Emotions darkened the blue of his eyes. Anger. Concern.