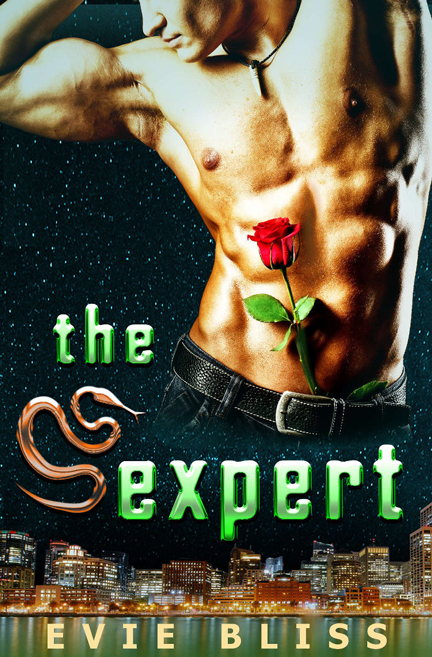 Evie, tell us about cleverotic.com?
The site has been running for two months. It’s designed so readers wanting something that’s both intelligently-written and incredibly sensual can find a book to satisfy both their brain and body. It basically lists books that are high-heat reads for high-IQ readers (or smut for smarties, as we sometimes call it).

How do books get chosen for inclusion at cleverotic.com?
There’s a nomination form on the website, and anyone – both authors and readers – can nominate a book for inclusion.  Once a nomination is received, a committee examines the quality of the writing within the book to see whether it qualifies as cleverotic.  If so, it’s listed on the site.  In the two months we’ve been live, the site has listed around 100 books.  We don’t accept every book that’s nominated though.  Around 40 percent are rejected.

Is it difficult making those choices?
Sometimes incredibly!  Luckily it’s not just up to me, but being an author myself, I know what rejection from a publisher or agent feels like.  So it’s not at all enjoyable putting that feeling of rejection onto an author who has nominated a book, but we’ve made a commitment to our audience to only list books that meet a set level of literary merit.  If an author’s writing voice doesn’t convey something beyond a mass-market-appeal, then listing it on the site would be doing a disservice to both our cleverotic authors and the growing number of readers who come to our site to find their next clever erotic read.  The literary merit shown might be any one of a number of things, from the use of lush or poetic description, to clever observation using evocative metaphors or imagery, clever comedy or buoyant whimsy in the writing, the inclusion of high-level technical or scientific concepts, a layering of the story or timelines, perceptions on the psychology of sex, or the inclusion of the thoughts and feelings of the protagonists in a way that shows more depth and honesty about the human condition than most mainstream romance/erotica books would include. The majority of books we reject are turned down because they are, in fact, ‘good genre romance books’, meaning they display the fast-pace, action-heavy, dialogue-rich, trope-driven beats of a typical mainstream romance. That’s a great thing to be able to write, as that’s where the money is and that’s what romance publishers want.  But it’s not what cleverotic is about.

Tell us about the Free Book Drive.
We’re running a FREE BOOK DRIVE between now and the end of September, where readers will receive an emailed list of more than 30 books by cleverotic authors from which they can choose as many eBooks as they wish to receive for free, in exchange for submitting honest reviews on Amazon and Goodreads.

So the books are free for participants?
That’s right.  We’ll forward the list of books to any person already on the cleverotic.com mailing list and anyone who signs up between now and the end of September. The participants then let us know which books they’re interested in (either by email or by completing an online form), and we’ll then put the authors in touch with those readers to arrange for free eBook delivery in the format the reader requires. We’re hoping to make this a regular event where new books are offered ‘free for review’ every couple of months.

Take a peek at Evie’s book, The Sexpert “Why?  Why is it any more crazy than anything else?  We follow all these stupid rules and conventions and rituals, and in the end we’re still alone.  Why not just cut to the chase.  Take a chance.  Walk off that high diving board and plunge into the water below.”

I was at a loss for words.  I smiled and hesitated, caught between desire and fear.  Why was I scared?  Because I liked him?  Because he actually did seem like a worthy adversary?  Because I was having fun and I didn’t want to jeopardize the fun ending?  Or maybe because I could find a lay anywhere, but a mind to converse with – that’s a rarer commodity; a far harder thing to contemplate losing.

After a few seconds he filled the silence.  “Come on, Transference.  Money where your mouth is.  Walk out that door with me.”

“A change of scenery.  Another bar if you really want to.  Or my place if you’re game.  Come home with me.  You’d don’t have to commit to anything.  If we end up doing the horizontal tango, great.  If we end up just talking, that’s fine too. Or having a coffee.  But bugger it, let’s take a chance.  Buy the ticket.  Take the ride.  See what happens.”  He looked deep in my eyes.  “You never know, Transference, I might have exactly what you want.  And surely your lesbian cat will have cooked his own dinner by now.”

Ignoring the fact that a lesbian cat can hardly be a ‘he’, I winked and said, “Well I guess it’s still early.  If it doesn’t pan out, you can always drop me back here and I’ll find someone who’ll do the job properly.”

He smiled at my allusion to us having sex.  “If it doesn’t pan out?  Listen, Freud, if I do you, you’ll be done properly.  I’m well versed in properly.  I’d rewrite your whole definition of properly.”

“I haven’t had any complaints.”

He smiled.  “Well, nothing to lose, then.  Worst case scenario you’ll have a great yarn to tell ‘the girls’.  If I’m a dud, you can all have a good laugh at my expense.”

His eyes never left mine as I contemplated my choices.  The safe, sure, enthusiasm of his voice warmed me.  What did I have to lose?  Wavering internally, two words slowly formed in my mind: fuck it.  Why not wield the power of the free, the luxury of the unattached, the madness of the spontaneous decision?  I didn’t know him; I didn’t have to see him ever again.  An anonymous one night stand from someone who, if nothing else, sounded interesting.  Why not throw caution to the wind and jump into that stream?  What does it matter if it’s only evolution’s urge to procreate?  It feels good!  It’s nice to be chatted up, lavished with attention, made to feel special in the light-headed dangerous dance of courtship.  I succumbed.  I decided.  I would open and blossom and fold into the maleness of this man, and see what happened.