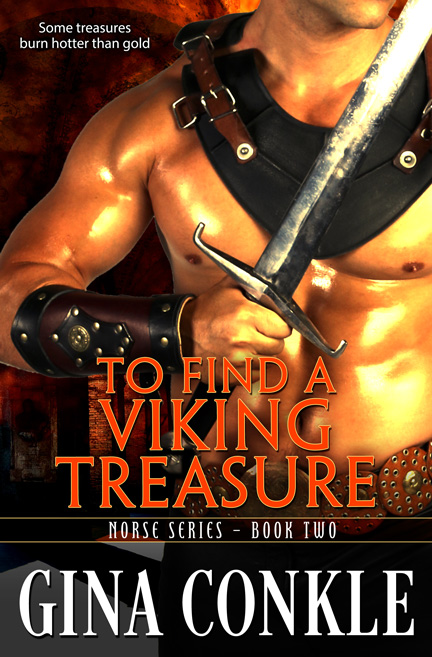 My love affair with Vikings spans a few decades. A trip to Sweden, a visit to Scotland, and even a journey along Minnesota’s Viking Trail round out my Viking travels. There will be more! Iceland’s next on the list. How to Fall in Love with a Viking

My love affair with Vikings spans a few decades. A trip to Sweden, a visit to Scotland, and even a journey along Minnesota’s Viking Trail round out my Viking travels. There will be more! Iceland’s next on the list.

I’ve been a Viking groupie for a long time. When talking Vikings with non-Viking lovers, one consistent issue crops up: the pre-conceived notions about the Northmen and women.

Have you seen History Channel’s Vikings?  I love the show and the characters, but I don’t count on it for historical accuracy. One glaring case in point: Season One opens not long before the Lindisfarne raid, yet in Season Four Rollo is granted Normandy by King Charles of Paris. There’s a small problem. The famed Lindisfarne raid was mid-790s and Rollo took over Normandy in 911. He’s aged well hasn’t he?

There are other historical inaccuracies, but I don’t let that stop my enjoyment of the show. Hollywood provides entertainment. My textbooks provide historical accuracy. The point is Michael Hirst (Vikings creator and writer) has done an excellent job bringing Viking ethos to life. Details like accurate timelines and where and when certain things happened, don’t concern me when it comes to television. I love Vikings.

Here’s Three Reasons Why I do:

Whether a shield maiden or a smart thinker Viking men accepted women as equals. When Iceland was settled in the late 800s, the newcomers divided the island into four regions. One of the first leaders was Audr the Deep-Minded, a woman. Her abilities to lead were unquestioned and those who followed her were quite loyal. Another interesting note? Viking women inherited land and wealth, the same as any man. Contrast that with Downton Abbey’s Season One opening. In Downton, it’s the 20th century and the old guard still holds onto the law of primogeniture set in place by William the Conqueror.

Vikings by contrast let women lead and inherit land centuries before old Will said they couldn’t!

Michael Hirst writes this truth into the show. Yes, the Norse raided. The Viking Age ran roughly from the late 8th century to early 11th century. In the beginning of that era, raids were anywhere from a dozen to twenty or thirty local yokels getting together, saying, “Hey let’s go steal stuff.” Over time, they organized into fledgling regional identities. Small raids evolved into several hundred to two and three thousand warrior invasions.

Yet, Vikings were largely farmers and craftsmen who happened to be handy with ax and shield. The ax was the predominant weapon since it was useful around the house and good for shipbuilding.  Swords were for the wealthy. Vikings also liked their metal goods, revering metal workers. A thrall (slave) who happened to have good blacksmithing skills often gained his freedom. Historical records show, most of those former slaves stayed in the Viking community as freemen. Vikings also loved wood carving, silver-smithing (jewelry), creating glass beads, carving in ivory, and so on. There’s even a theory that the famous ivory Lewis Chess pieces were carved by a woman (the equality thing again).

Here’s what got me writing my first Viking romance. There’s a little known situation in Sweden’s history where a Viking leader, King Olof Skotkonung, gently tried to change his people’s violent ways. Most people think of Dark Ages leaders raising their sword yelling, “Convert or die!” King Olof tried to peacefully transition his people. It didn’t work, but the truth around it fascinates me. My Norse series sprang from this little known episode in history.

Thanks for joining me today. I write about Viking’s on my blog. This summer I shared a new blog series “How to Eat Like a Viking” (an interesting food journey where I grow and cook what Vikings ate). I hope you’ll check out my newest book, To Find a Viking Treasure. Book description: Survival’s in his blood…

Rough-souled Brandr’s ready for a new life far from Uppsala, but the Viking has a final task —protect the slave, Sestra. Her life’s full of hardship…until she learns the location of a treasure. With war coming, stealing the enemy’s riches will save lives, but only one man can defend her —the fierce Viking scout, Brandr.

The two have always traded taunts, now they must share trust. Passions flare as secrets unfold, leading one to make a daring sacrifice on their quest To Find a Viking Treasure

Brandr sliced the oars through water…back and forth, his body’s motion hypnotic and smooth. “Go ahead. Talk to me.”

The Viking could be a mystical warrior dressed in black against waning fog, his graveled voice working a kind of silken magic. Sun shined through clouds, the pearled orb anointing his head. Perhaps Odin did send Brandr to save the day.

Wraiths rose up from the channel as if to push them along. Did the Norse gods want them to succeed? She didn’t believe in Odin and his Valkyries, but the stories Vikings spun at night entranced her.

“You could tell me what you’ll do with your reward,” she said.

He snorted. “I said you could talk to me. Not the other way around.”

“That’s not how it works. People take turns talking and listening to each other. It’s called conversation.” She angled her head coyly. “Vikings can do it. I’ve seen it happen.”

Brandr squinted at tree tops rising above the mist. “Never been much for talk.”

“Your mouth never stops when trading jibes with me.”

His chuckle was raspy and low. “You have a way of loosening my tongue.”

To her shame, his laugh cut a scorching path through her body and her legs fell open under her skirts. Her knees were heavy, and she left them open.

“You’re a warrior long in service to Lord Hakan. Surely you’ll get a bigger reward than a handful of coins?”

His tarnished silver eyes pinned her. “Maybe I get you.” Author Bio: Hi, I’m Gina Conkle and I write Viking and Georgian romance, which makes for interesting characters in my head. I grew up in southern California and despite all that sunshine, I love books over beaches and stone castles over sand castles. Now I live in Michigan with my favorite alpha male, Brian, and our two sons where I’m known to occasionally garden and cook. Living in snow gives me the perfect excuse to get lost in reading and writing. I’d love to connect with you on social media where we can talk books.

2 Responses to Gina Conkle: How to Find a Viking Treasure