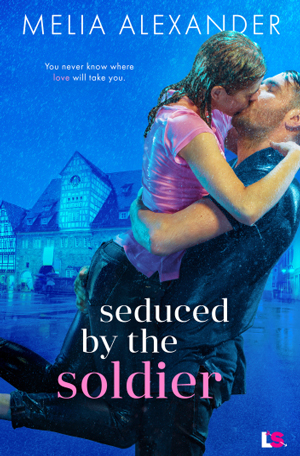 How a Guy Creates a Romantic Dinner for Two

As a writer, I’m so fortunate to work at a very interesting day job, a place I lovingly call The Male Observation Lab, a construction company filled with alpha males and only a smattering of betas—and I consider them to be alphas in disguise! It’s during my day job duties where the guys I work with give me some cool insight into the male psyche, so I thought it’d be interesting to get their ideas on what advice they’d have for a guy who wants to throw together a romantic dinner for two.

Now, some people would define guys who work construction as rough and unrefined, preferring beer and football to the ballet. While that’s sometimes (mostly) true, my unscientific research shows something else at play when it comes to creating a romantic evening.

But first, as several were quick to point out, a guy’s gotta know the reason for planning and executing a romantic dinner in the first place. Is he after “intimacy?” (Code word for sex. It cracks me up that not one of them could say that word out loud! Not to me, anyway.) Is he in the proverbial doghouse and is trying to get in his lady’s good graces again? Or is he just bagging points to keep her happy with him in preparation for those occasions when he knows he’s going to screw up? Apparently, the level to which he rises will be determined by the category he’s in. (I had no idea guys thought this deeply about something as common as a shared meal! LOL.)

So now I present to you what guys advise each other when a poor sap is charged with planning a romantic dinner for two:

Tip #1—Have pre-selected music playing. For some, this might pose a dilemma. After all, if you’re into Iron Maiden and she’s into Tchaikovsky, it could be a problem. As several of them chorused, why should it matter? Why not play both? I kinda halfway believe them, though I confess it isn’t anything I’d do. I’m thinking the transition would be jarring.

Anyone brave enough to throw such a play list together. If you do, you’ll have to share how it turns out!

Tip #2— If she’s into ballet and you’re not, make the food the supporting role of the evening. Serve light appetizers and a glass of wine. The guys tell me that they should be entitled to an entire bottle. After all, they’ve got to suffer through a ballet after having listened to Tchaikovsky!

Tip #3—Mood lighting is important. One guy read somewhere that purple lights would increase his chances of getting lucky, so he purchased nearly $200 worth and changed every light in the room—including the ceiling flood lights! Too bad it didn’t work out for him that night…

Another guy went so far as to light candles throughout the dining room, using it as the primary light source. It was fine until the cat jumped on a table and pawed at it, toppling it over so that it nearly caught a napkin on fire.

Which is why this guy also offers Tip #3A—Corral the pets as they can put a damper on romantic intentions. After all, a house fire wasn’t the kind of hot evening he’d planned! He also offers Tip #3A1—DON’T corral them in the bedroom if that’s where you want the evening to end. A dog staring or cats grooming each other’s butts while a guy’s trying to put the moves on just might kill the mood a little.

Tip #4—When choosing a restaurant to take her to dinner, make sure she can actually make it there. One guy told me he had no idea his girlfriend was afraid of heights. How did he learn this? He booked a reservation at a ritzy restaurant which happened to be located on the 30th floor of a bank building. He thought the city lights would be a great backdrop to start the evening, while she practically parked herself in the ladies’ room. Kinda hard to have a romantic dinner when your date’s on the other side of a door!

Tip #5—Make the evening about her. One of the guys was so excited to take his date to Buffalo Wild Wings. He knew the food was great, the beer was great, and the atmosphere was great. He was stoked! Until he realized that what he really wanted was to watch the Duke basketball game on one of the restaurant’s many screens. Turns out he scrubbed that idea and made a playlist of Tchaikovsky and Iron Maiden instead.

Honestly, guys do their best to show us they care, and planning an evening doesn’t come naturally for most. (If you’ve got one of those, consider yourself truly fortunate!) so when your guy makes an honest effort, don’t laugh at him, and for heaven’s sake, don’t criticize! I’m told those are the two biggest motivation killers for a guy. Instead, heap on a load of praise, drink the wine, laugh at his jokes, and celebrate the fact that you’ve got a good man in your life. Not all of us can say that. Zandra York just got her big break, photographing a major project for a travel magazine. So what if she’s never traveled out of the country before? Or that she’s more adept at deciphering fraudulent financial statements than reading German train schedules? Her brother Jackson is on his way to act as her guide, and she can’t wait to experience Europe with him.

But when Jackson’s overprotective best friend gets off the plane instead, Zandra knows this will not end well.

There isn’t a damned thing Special Forces instructor Blake Monroe wouldn’t do for his best friend, but babysit Zandra when Jackson is unexpectedly called away on a mission? Nope. Not on the list. Especially not when she proves to be more trouble than he can handle—and far too tempting.

Between accidentally hiring a hearse as their rideshare, an unprovoked goat attack, and photographing erotic-shaped chocolates, Blake and Zandra can’t keep their hands off each other. But Zandra’s new career is about to send her all over the world and Blake is finally ready to settle down after his next deployment.

Hilarity ensues when a world-weary Special Forces soldier must keep his best friend’s little sister, an independent travel photographer with zero experience and too much determination to go where she has no business going, out of trouble.