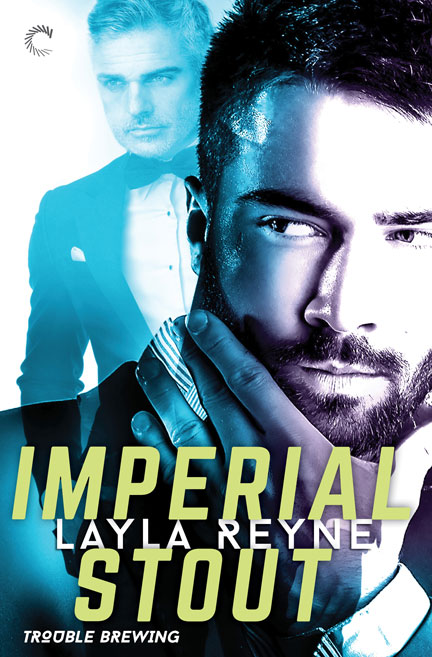 Imperial Stout, Book 1 of the Trouble Brewing series, features as one of its main characters, Dominic Price, an ex-SEAL who, after an injury, was recruited into the Navy JAG Corps and now, post-military service, is number two at the San Francisco US Attorneys’ Office. As a federal prosecutor, Nic works closely with the local FBI office where his love interest Cameron Byrne serves as the Assistant Special Agent in Charge.

Imperial Stout, Book 1 of the Trouble Brewing series, features as one of its main characters, Dominic Price, an ex-SEAL who, after an injury, was recruited into the Navy JAG Corps and now, post-military service, is number two at the San Francisco US Attorneys’ Office. As a federal prosecutor, Nic works closely with the local FBI office where his love interest Cameron Byrne serves as the Assistant Special Agent in Charge.

As a lawyer myself, attorneys in books (and in movies and television) are tricky for me, both as a reader and as an author. Nic is admittedly quite the lawyer-badass (not that we can’t be), he works well with the feds and his staff, and he believes in justice and works tirelessly to protect victims’ rights. I purposely wrote Nic as the lawyer I would love to see or work with. These are some of the other lawyers in romance that I wouldn’t mind meeting in real-life.

Jackson Kane – Damage Control by Kate McMurray – Jackson is a former prosecutor turned white-collar defense attorney who comes to the rescue of his first love Parker Livingston, a prominent politician accused of murder. Jackson has a great rapport with the police, a solid friendship with his law partner, and is whip-smart as to the law and practice, not to mention still loyal to the man who broke his heart.

Henry Ashworth – Risk Taker by Lily Morton – Henry was a scene-stealing secondary in the first two Mixed Messages books and with his turn in the spotlight, he did not disappoint. While the second chance romance with photojournalist, Ivo, is the main storyline, seeing Henry in his legal element was also a delight. Kind to his staff, a little fumbling around the more senior partners (no thanks to Ivo), and gentle or firm, when needed, with his family law clients.

Nathaniel Royston – An Unnatural Vice by KJ Charles – Barrister-turned-journalist Nathaniel is a crusader for justice, preferring to do it in the press over the courtroom, but he’s always there with advice for his friends when they need him. Then he finds himself in need of advice when it’s none other than con-artist Justin Lazarus who catches his eye, and heart.

David Lauriston – Enlightenment series – Joanna Chambers – From humble beginnings, David diligently works his way up the ladder of Scottish legal society, but then he meets Lord Murdo Balfour and his world is upended. Their love affair spans three books, as does David’s continued climb into a legal role that works for him. When he focuses all that legal energy on finding a solution for him and Murdo, it’s awesome! Layla Reyne spins off from her pulse-pounding Agents Irish and Whiskey books with Imperial Stout, the first installment in the Trouble Brewing series

It’s a good thing assistant US attorney Dominic Price co-owns a brewery. He could use a cold one. Nic’s star witness has just been kidnapped, his joint operation with the FBI is in jeopardy, his father’s shady past is catching up with him and the hot new special agent in San Francisco is the kind of distraction best handled with a stiff drink.

Kidnap and rescue expert Cameron Byrne has his own ideas about how to handle Nic, but his skills are currently needed elsewhere. The by-the-book FBI agent goes deep undercover as a member of an infamous heist crew in order to save Nic’s witness, break up the crew and close the case before anyone else gets hurt. Nic in particular.

Things heat up when Cam falls for Nic, and the witness falls for Cam. As the crew’s suspicions grow, Cam must decide how far he’s willing to go—and how far into his own dark past he’s willing to dive—to get everyone out alive.

Author Layla Reyne was raised in North Carolina and now calls San Francisco home. She enjoys weaving her bi-coastal experiences into her stories, along with adrenaline-fueled suspense and heart pounding romance. When she’s not writing stories to excite her readers, she downloads too many books, watches too much television, and cooks too much food with her scientist husband, much to the delight of their smushed-face, leftover-loving dogs. Layla is a member of Romance Writers of America and its Kiss of Death and Rainbow Romance Writers chapters. She was a 2016 RWA® Golden Heart® Finalist in Romantic Suspense.

Winners in the USA will receive paperback copies of the prizes; winners from outside the contiguous USA, will receive Amazon gift card of equivalent value. Enter here: