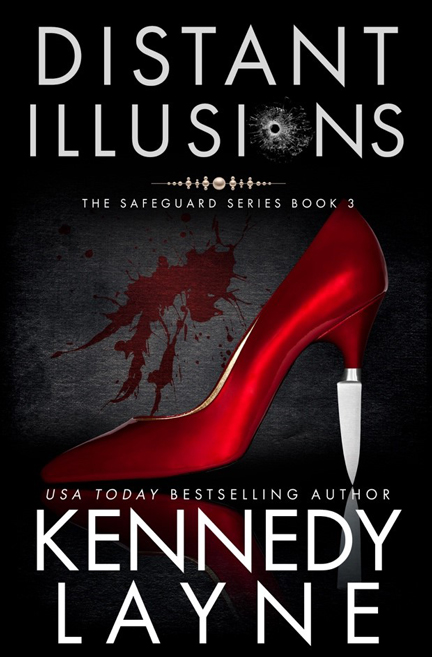 Kennedy Layne is a USA Today bestselling author. She draws inspiration for her military romantic suspense novels in part from her not-so-secret second life as a wife of a retired Marine Master Sergeant. He doubles as her critique partner, beta reader, and military consultant. They live in the Midwest with their teenage son and menagerie of pets. The loyal dogs and mischievous cats appreciate her writing days as much as she does, usually curled up in front of the fireplace.

USA Today bestselling author Kennedy Layne is a master of romantic suspense and sexy military romance. Recovering from a bum leg, Kennedy has been hard at work penning new stories to keep you on the edge of your seat while giving you that happily ever after all romance lovers crave. We’re so excited to have Kennedy here with us today! Make sure to check out the giveaway below, as well as Kennedy’s amazing new cover for her upcoming release, coming May 23rd.

Please tell us a little bit about yourself.  Hi everyone!  My name is Kennedy Layne and I write military romantic suspense.  Now, there’s a really good reason I include military in the romantic suspense genre!  I’m married to a Retired Marine Master Sergeant who served for twenty-three years.  We’re partners in every way, including indie publishing.  We absolutely love being part of the indie world and having control over the publishing process.

When did you know you wanted to write books? Was there a defining moment for you?  I think I’ve always written stories here and there, even back in elementary school.  Life led me in a different direction and I ended up in the financial industry for seventeen years.  I would say the defining moment that gave me that final push to actually publish was when I was giving my son the lecture.  You know, the one where we moms say “you can be whatever you want to be as long as you give it your all and never give up”.  His response?  You don’t do what you want to do.  Needless to say, I realized that I had better follow up my words with actions.  (Side note…he hasn’t let me forget that moment either!)

What’s your favorite type of hero and heroine to write? What qualities make them stand out to you?  I love alpha males and strong females who can handle those men!  I think all of my characters have a little bit of me and my husband in them.  It’s hard to separate myself from my characters, especially when I’m putting myself in their shoes as the story unfolds.

Why did you choose to go indie instead of a different publishing path? I actually started off with a small press publisher under a different name before pursuing indie publishing in 2013.  I wanted to go in a different direction, have more control, and also have more of a support system.  The indie authors that we have close friendships with are more than just colleagues in an industry…they are friends who are supportive and loyal.

How do you like interacting with readers best (i.e. live chats, Facebook, Twitter, reader events, etc.) ? I absolutely love interacting with readers.  As a matter of fact, my family and I were on vacation in Aruba when my husband and I met with a reader on the island.  We couldn’t pass up an opportunity to meet her and thank her for supporting us.  I use the majority of social media (Facebook, Instagram, Twitter, etc.) to keep in contact with readers.  I always get a smile on my face when I read posts and messages from those who love our characters as much as we do!

Who are some of your favorite authors to read?  Oh, boy!  How much time do you have?  Some of my favorites are Catherine Coulter, Allison Brennan, Karen Rose, Brenda Novak, Lisa Jackson, Linda Howard, Sandra Brown, and so many more!

Please give us a brief glimpse of a typical writing day for you.  Coffee, coffee, and coffee!  Oh, you mean after that?  Well, I can’t even open my laptop with having a sip of coffee.  Once the caffeine starts to kick in, I first go through my emails and messages.  I then hop onto Skype and have a morning coffee session with Carrie Ann Ryan and Stacey Kennedy.  We talk about our personal lives, our fur babies, and what may be happening in the industry as we each pick away at our administrative lists (social media posts, graphics, etc.).  I then write my daily word count before moving onto edits for a previous book.  I tend to work better in the morning and early afternoon than I do evening, but I usually put in at least a twelve-hour work day.

What are 4 fun facts you’d like readers to know about you?

What advice would you give aspiring writers in today’s market?  Write.  Write the stories that speak to your heart, and then take each step afterward carefully and with precision.  Don’t go forward with anything that you haven’t researched thoroughly or asked the opinions of other indie authors.  These veterans have paved the way and we have them to thank for this road that we’re on.

Tell us about your next upcoming release. My next release will be available on May 23rd.  Distant Illusions is the third book in the Safeguard Series.  The cover is one of my favorites and Chapter One set the tone…and even had me looking over my shoulder a time or two!  The hero and heroine work together to hunt down a murderer, despite their growing attraction.  It isn’t safe to give in to their desires, when the killer is always one step ahead of them.  It’s only when he stumbles that the heroine is finally given the opportunity to face her past in order to have a future.

Because I’m still recovering from breaking my leg, this is my current workspace! Brody Novak has been given his first assignment for Safeguard Security & Investigations, and it has nothing to do with his lead role as a communications specialist. With the rest of the team occupied on a hunt for a serial killer, he’s the only one left behind to handle what everyone thought to be an open and shut case. He should have known it wouldn’t be that easy.

Remy Kinkaid has faithfully made a phone call once a month for the last four years to ensure the killer who murdered her sister remained behind bars. Every time she’s been given the same answer–except today.

Brody and Remy must work together to hunt down a murderer, despite their growing attraction. It isn’t safe to give in to their desires, when the killer is always one step ahead of them. It’s only when he stumbles that Remy is finally given the opportunity to face her past in order to have a future.

Comment on Kennedy’s post to enter to win a  $25 Amazon Gift Card. What is it about romantic suspense that appeals to you? Kennedy Layne is a USA Today bestselling author. She draws inspiration for her military romantic suspense novels in part from her not-so-secret second life as a wife of a retired Marine Master Sergeant. He doubles as her critique partner, beta reader, and military consultant. They live in the Midwest with their teenage son and menagerie of pets. The loyal dogs and mischievous cats appreciate her writing days as much as she does, usually curled up in front of the fireplace. She loves hearing from readers–find out how to connect with her at www.kennedylayne.com.