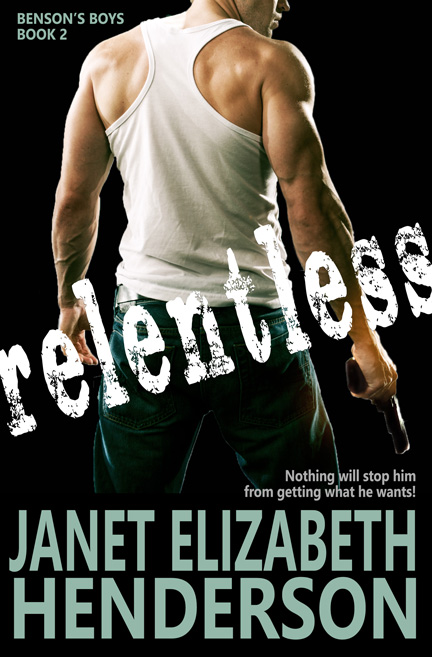 Julia Collins has to go to South America to get her grandmother out of jail, and she needs help. With her chronic shyness, her OCD issues and her fear of intimidating men, there’s no way she’ll be able to negotiate the Peruvian legal system. She needs someone who can speak the language, who oozes authority, and who doesn’t terrify easily. She needs Joe. Ex-marine, Joe Barone, has been waiting for an opportunity to get close to Julia. She might think her many issues are a problem, but when he looks at her, all Joe sees is perfection. All he needs is a chance to show her that. And if that means watching her back while she gets her gran out of jail then that’s alright with him. After all, how much trouble can one little old lady get into?

Last summer, I set my treadmill on fire. Literally. It was a lot easier to do than you would think. With a huge chunk of editing to get through, I decided to walk while I worked. My ever-helpful husband attached a board to the treadmill to make a desk area for my manuscript and as it was a gorgeous sunny day, I dragged the treadmill to the area outside by back door and parked it beside a bag of horse feed. I put the pile of papers on my desk area, grabbed a pen and got to work—feeling pretty self-righteous while I did it.

Half an hour into my walk, I smelled smoke. I thought the neighbor was burning his tree clippings, as that happens a lot around here. Twenty minutes later my husband came out to investigate the smell and shouted at me to get off the treadmill. I looked down and there was smoke billowing around my legs. Some of the horse feed had fallen into the motor and been set alight by the friction.

My treadmill is now dead. And while I was busy putting out the fire, our pet goat ate two pages full of editing notes.

I don’t work outside anymore.

I’ve learned a couple of things from this experience and thought I’d share them with you:

I’d like to say this is an unusual incident in my life, but it really isn’t. I am the most accident prone person I know, mainly because my brain is always occupied with something else—usually an argument between characters, or a plot point I really need to get into a story. Unfortunately, my brain is rarely occupied with reality.

That’s how my kids end up being dropped off at school on a Saturday—only to walk home again once they discover school isn’t on. Or how I end up sitting in the driveway of the house we sold eight years ago wondering how I got there. Or the time I called the AAA because I couldn’t get into my car, only to discover it wasn’t my car. Or…you get the idea.

But having your head full of stories, also means that you get to escape at the most convenient times. Like when I was imagining I was in Peru, hunting for a missing mummified body with Julia and Joe from Relentless, while I was stuck in traffic for an hour. While everyone around me was getting annoyed, I felt like I was having a mini-adventure! As I keep telling my husband, no time, thought or experience is wasted when you’re a writer. His response: Whatever, but you sure waste a lot of petrol getting lost while you’re thinking! Every woman needs a warrior…

There’s no hiding the fact that Julia Collins has issues. She’s shy to the point of trying to become invisible. She has OCD tendencies—breaking out in hives if she loses control of her environment. She finds it hard to talk to intimidating men, or more accurately, to any men. A fact that makes working as the office manager for Benson Security particularly difficult—the company is made up almost entirely of huge, intimidating, ex-military men. But none of the men affect her the way Joe Barone does. The ex-marine is charming, confident, heroic and so sexy it hurts to look at him. Everything about Joe intimidates Julia. And that’s why, when he declares his interest in her, she does the only sensible thing—she hides.

There’s a limit to how long Joe Barone is going to tolerate Julia hiding. So what if she has a few issues? They don’t detract from her many attributes. She’s gorgeous, smart, generous and kind. Which guy wouldn’t want a woman like that by his side? So when her grandmother gets arrested in South America, Joe sees a perfect opportunity to show Julia how good they’d be together. Julia needs someone to accompany her to Peru, someone who speaks Spanish and who doesn’t crumble in the face of authority. Julia needs Joe.

But when they get to Lima, they discover things are much worse than they were led to believe. With danger at every turn and lives on the line, Julia is forced to get past her issues and trust in Joe—her life depends on it.

Janet grew up in Scotland, but now lives in New Zealand with her Dutch husband, two little girls and menagerie of rescued animals. In real life, she’s been an artist, a teacher, a shoe saleswoman and a hospital cleaner. In her head, she’s been a spy, a genius scientist and an international model…Relentless is Janet’s fourteenth book.