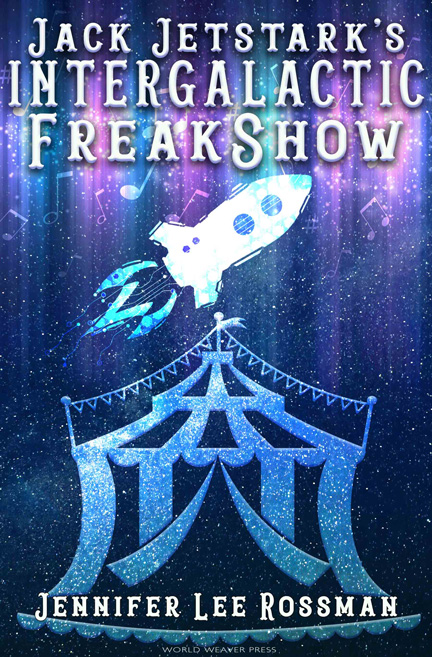 I fill two hundred and fifty pages with weird little symbols, and your brain not only translates them into meaningful ideas and visuals, but it creates emotions out of thin air! And if I’m really good at my job, I can make you feel the exact emotions I want you to feel.

It’s like something out of Star Trek. You plop down on some new planet, have an alien oracle (a super cute alien oracle, with glasses and a nifty wheelchair, because it’s the future and space doesn’t discriminate) hook you up to some mind meld device, and pay her to make you cry over people who only exist in her imagination.

If I saw such an episode of Star Trek, I might wonder why that job exists, and why the oracle is paid so handsomely. Indeed, I wonder every time I get paid five dollars to write a silly story about a bisexual time traveler: are people really so hungry for emotions that they need to download them from someone else’s brain? I know I love to delve into another world, to escape into somebody’s imagination, even if the story breaks my heart.

I guess that makes writers important, though I can’t quite tell you why. (Damn it, Jim, I’m a writer, not a psychologist!)

But if this WAS an episode of Star Trek (and I hope it would be a Voyager one; I love Janeway so), we know it wouldn’t be as easy as the oracle transferring a story to someone and then everyone going on their merry way. Where’s the drama in that?

No, there would have to be a malfunction, and some of the oracle’s personality would get transferred to the crewmember. Probably Tom Paris, because he got all the good plotlines even though he was so boring and forgettable that I literally had to look up whether his name was Paris or Parrish.

And the same thing inevitably happens in writing. No matter how different from me the characters are, little bits of me start to seep through. I often don’t even realize it until someone reads what I’ve written and points it out.

I think I’ve written a completely fictional story, think I’ve chosen all the plot points and character quirks because it’s what the book needed. And then my mother reminds me why I subconsciously chose this name, and this plot point was “stolen” from my favorite movie, and oh look, another character who has an alcoholic father like I did.

Sharing my writing is already hard. What if it’s not good? What if people hate it? But then when you realize it’s not a book, it two hundred and fifty PAGES OF MY SOUL… I honestly don’t know how any of us actually have the confidence to get published.

But we’re oracles. We were born with a very specific purpose — to tell the stories inside us and help people make sense of the stories inside them. And it might seem silly sometimes, but people will travel the quadrant just for a chance to connect to us. It’s an important service, and while we can’t guarantee that nothing will go wrong and our souls won’t get transferred along the way, we have to do it anyway, because you know what happens when the episode is over?

Yeah, Tom Paris learns some lesson about whatever boring personal problem he’s dealing with, but the oracle is changed, too. Connecting to another person — letting them see who you really are — helps you grow. And maybe she’s just a one-off character being played by some celebrity you can barely even recognize under all the makeup, and maybe we’ll never see her except in clipshows you only half pay attention to while doing sudoku because honestly, who can watch another episode of Tom’s greatest hits, but she’ll live a rich life in fanfiction, and that life will be better for having learned to open up.

(Also, Tom Paris was the least interesting character on Voyager. Have I mentioned that?) Jack Jetstark travels the universe to seek out the descendants of superpowered freaks created long ago by VesCorp scientists. The vibrations encoded in a particular song transform the members of Jack’s crew into a firebreather and an angel, a wildman and telepathic conjoined triplets, so they hide the truth of who they really are with the theatrics of a carnival.

The song plays every night through the receptor Jack carries with them, but when one night it has a different ending and their temporary powers become permanent, Jack believes the change is a signal from the woman who sent him on this quest in the first place. He and his freaks must navigate a universe at war to protect the love of his life.

But does the ruler of VesCorp really need protecting?

“First thing you’ve got to know,” I said, brushing my hair from my face as the wind began to pick up, “is that we’re all freaks. Everyone in the whole universe, for one reason or another. Most try to hide this fact. A few of us embrace it, not so much because we want to but because there’s nothing else for us. So we show people the terrifying and unseemly parts of us no one wants to see, and we charge ’em good money to see it.”

Lily stepped forward and knelt to display her shoulders and back, all bare, featherless skin down to the dangerously low neckline of her sequined dress. “See? No wings.”

“But you flew,” Cara insisted. “If it isn’t costumes and harnesses, then what?”

I held up the receiver, a small wooden box the size of my hand with a speaker on one side and images of galaxies and solar systems carved into the others. Not the most advanced technology, but I wouldn’t have anything else.

I checked the time. Soon.

I debated how much to tell her. No matter how many times I tried to explain it, it never sounded remotely plausible, but I had to warn her. Seeing the end result was one thing; seeing it happen before your eyes was another matter entirely, though the complete truth was an ancient burden none of them deserved to be saddled with.

“The music plays,” I said. “Same song, same time every night, and it triggers something inside us. That feeling you had, like you were made of magic? That’s what it feels like when your DNA recognizes a song, even if you’ve never heard it before.”

She stared at me in eager anticipation, nodding slowly. Whether she actually believed me or was just humoring me, I couldn’t say, but it was a nice change from the usual interruptions of “that’s impossible” and “science doesn’t work that way.”

I cast a sideways glance at Theon, who had given me more trouble than the others, and continued. “Makes you feel alive, like there’s a purpose to your existence and you can do the impossible, and that ain’t just in your mind. We’re all freaks, but we—” I motioned to my crew. “Well, we’re different. Our bodies hear that song, and it triggers our genes to change, to grow into… I don’t know, the true selves that live in our heart or some sentimental crap like that.”

“How poetic,” Lily said with a laugh. She looked up at Cara. “I know it’s hard to understand. It happens to me every night, and I still have no idea how it works, but I can fly, Merulo becomes the feral wildman, Parthen and the boys really can read each others’ minds and feel each others’ pain… Jack breathes fire and gains the ability to give impassioned speeches without sounding like an uninterested jerk.”

I checked the time again.

“So what changed in you?” Pneuman asked with earnest interest. “During the music, I mean?”

Cara hesitated, almost like she was afraid of hearing the absurdity out loud.

“I turn into a wild beast,” Merulo pointed out quietly. “And these three grow into one, psychic organism. Whatever you’re about to say will probably be the most normal thing we’ve heard in months.”

After another moment’s thought, Cara rolled up her sleeves. Her arms, though pale peach and freckled like her face, gleamed in the diminishing sun.

I reached out to touch her. Cold, almost metallic. That explained how she opened the lock.

“You’re a cyborg,” I said, tapping my nail on her forearm to hear the clinking sound. They just couldn’t get the texture right, no matter how hard they tried.

Her moon didn’t seem like the type of place to have a neurologist trained in bio implants, and I doubted anyone there could afford to travel to see one.

“Fancy. Who wired it into your brain?”

“I did it all myself.” She held up a hand and demonstrated the various functions and attachments installed in her fingers, glossing right over the fact that she had just admitted to performing brain surgery on herself. She yanked her sleeves down. “And I’m not a cyborg,” she clarified. “I’m just good with electronics and I like gadgets. My dad says it’s bad to be a cyborg.”

“Well, I tell you what, kid. You can’t make a person change by pointing out their flaws, but you can be the one person who doesn’t try to.”

“I’ve always had a connection to electronics,” she said, shyly extending a hexagonal wrench from her forefinger, “like I could talk to them. But when I heard the music… something happened.”

I checked my watch. Not long now. “Yeah, something always happens. What matters is what happened to you, kid.”

“They… talked back.” Her words came slow at first, her reluctance to being different still holding her back, but as she talked, she grew more excited, more animated. “I could hear the messages stored on the phones of everyone around me, could see the last videos that played on their contact lenses. I could see the blueprints of your ship in my head. She’s an Aldebaran cargo ship, Highwire model. Superluminal capability, more weapons than she came out of the factory with, and she has a capacitor that should be repaired soon. And I felt like, if I wanted to, I could touch any source of power on the ship and control everything remotely.”

“Ready to feel that way again?” I asked, holding out the transmitter as showtime approached.

Why didn’t the music play? Jennifer Lee Rossman is a disabled and autistic freak, and proudly so. Her work has been featured in many anthologies and her debut novella, Anachronism, was published by Kristell Ink in 2018. She blogs at http://jenniferleerossman.blogspot.com/ and tweets @JenLRossman.