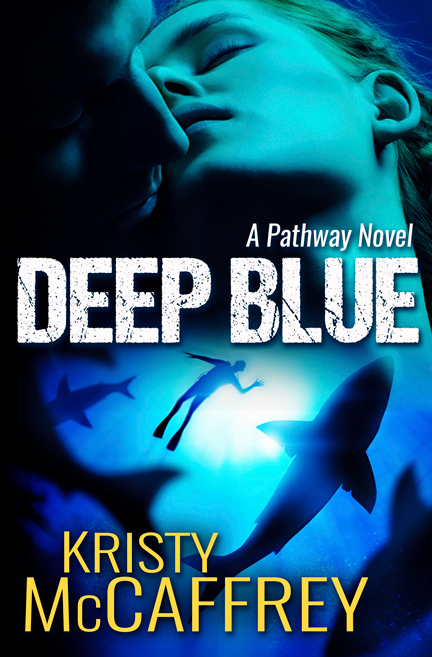 In the deep blue ocean lives an ancient predator…

Dr. Grace Mann knows great white sharks. As the daughter of an obsessed shark researcher based at the Farallon Islands, Grace spent her childhood in the company of these elegant and massive creatures. When a photo of her freediving with a great white goes viral, the institute where she works seeks to capitalize on her new-found fame by producing a documentary about her work… In the deep blue ocean lives an ancient predator…

Dr. Grace Mann knows great white sharks. As the daughter of an obsessed shark researcher based at the Farallon Islands, Grace spent her childhood in the company of these elegant and massive creatures. When a photo of her freediving with a great white goes viral, the institute where she works seeks to capitalize on her new-found fame by producing a documentary about her work…

Underwater filmmaker Alec Galloway admires Dr. Mann and jumps at the opportunity to create a film showcasing the pretty biologist. As he heads to Guadalupe Island in Baja California Sur for a three-week expedition, it’s clear that his fan-boy crush on Grace is turning into something more serious. But even more pressing—Grace’s passionate focus on the sharks just might get her killed.

“Grace, your lips are blue,” Alec said. He pulled her up, then held her firmly around the waist as he guided her into the salon.

“We’ll do it inside.” His tone was firm, almost brusque, which irritated her. She wasn’t a baby. She could do it herself.

As they neared her cabin, she began to shiver. She reached for the door handle but the weakness in her arms surprised her, as did the lack of control over her fingers.

“No,” Alec said. He dragged her farther down the hallway.

Crowding her into the small bathroom space that everyone shared, he shut the door. Reaching around her, he turned on the shower and within seconds steam began to fill the room.

He unclipped the camera harness and dropped it to the floor, and she wondered if he’d broken it but didn’t have the energy to ask him. He put his hands on her shoulders and turned her away from him, and then unzipped the wetsuit. As if she were a doll, he peeled the neoprene away from her body, tugging to get it off her arms. He knelt and yanked the fabric down her legs.

The few times her mind had dared imagine Alec undressing her certainly weren’t like this.

He lifted each of her feet in turn as he pulled the diving garment completely free, leaving her only in her black swimsuit.

She stepped under the stream of hot water. Alec, still wearing his wetsuit, remained beside her while she closed her eyes and let the liquid flow over her head.

Slowly, the chill began to diminish, replaced with a delicious warmth that seeped into her muscles. Finally, the shaking abated.

Wiping water from her eyes, she looked at Alec, his gaze fixated on her. “Thank you.” She crossed her arms and tucked them beneath her breasts. Although she wasn’t naked, and her bathing suit was unprovocative, she suddenly felt exposed, aware of the tight space they both occupied. They’d never been alone before. Not really. There always had been other people around.

“It was quite an afternoon,” he said.

“Did you get some good shots?” she asked, her voice unsteady.

“What I got was incredible. What you did was….”

“I know what you’re going to say.” She didn’t want to leave the hot water, but they didn’t have an endless supply. She shut off the stream and shakily sluiced water from each arm. “It was stupid, right? Reckless?”

Her towel was in her room. She’d need to make a dash for it, but it would probably be more like a snail’s pace.

“I wasn’t gonna say that, but you did make my heart stop a few times.”

“I know. I’m glad you got the line off her. Brad said it was Mary Ann.”

Alec’s eyes softened. “Then maybe she remembered you.”

It was an outrageous notion, but she appreciated the suggestion nonetheless.

She started to shiver. “My towel’s in my cabin.”

“Right. Sorry.” He stepped back and opened the door.

She slowly walked to her cabin and grabbed her towel. As she wiped her arms and legs, she faced the door—still ajar—not wanting to miss Alec as he passed by.

He didn’t disappoint her.

He took one step into her room. “I’ll hang up your wetsuit. Meet me in the galley once you get dry, and I’ll buy you a beer.”

She started drying her hair with the towel. “I’d rather have a giant bowl of buttered noodles. Could you ask Chris if he’d make it for me?”

“Sure.” Alec paused, and his gaze became serious. “I have two things to say to you.”

She waited. Her heartbeat went pitter patter. Anxiety mounted as she wondered if he were about to ask her on a date or tell her she was too nutso for him to ever hook up with.

“What you did was amazing. But please don’t ever do it again.” Kristy McCaffrey writes historical western romances brimming with grit and emotion, and in 2018 she will branch out into contemporary adventure stories packed with smoldering romance and spine-tingling suspense. All of her work is filled with compelling heroes, determined heroines, and her trademark mysticism. Life is a wondrous endeavor, and she strives to bring that sense of awe and joy into the tales she weaves, along with in-depth research into settings and time periods. Kristy holds a bachelor’s and master’s degree in mechanical engineering, but writing has been her passion since she was very young. Her four children are nearly grown and gone, so she and her husband frequently pursue their love of travel to the far corners of the world. Kristy believes life should be lived with curiosity, compassion, and gratitude, and one should never be far from the enthusiasm of a dog. She also likes sleeping-in, eating Mexican food, and doing yoga at home in her pajamas. An Arizona native, she resides in the desert north of Phoenix. Sign up for Kristy’s newsletter to receive her latest book news as well as subscriber-only content.