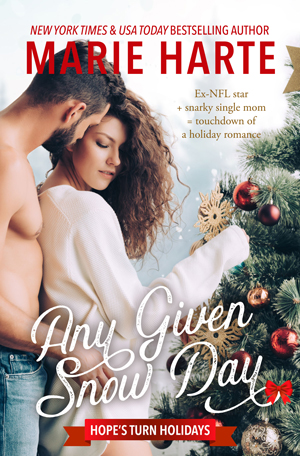 After two Super Bowl rings, MVP status, and retiring from the NFL while still on top, Mitch “Flash” Flashman’s millions should make life at the ripe old age of thirty-five a blessing. Yet he’s restless, rudderless, and can’t tell up from down. Roped into helping his brother coach a bunch of teenagers, Mitch finds himself playing defense against the many women in town wanting his attention. 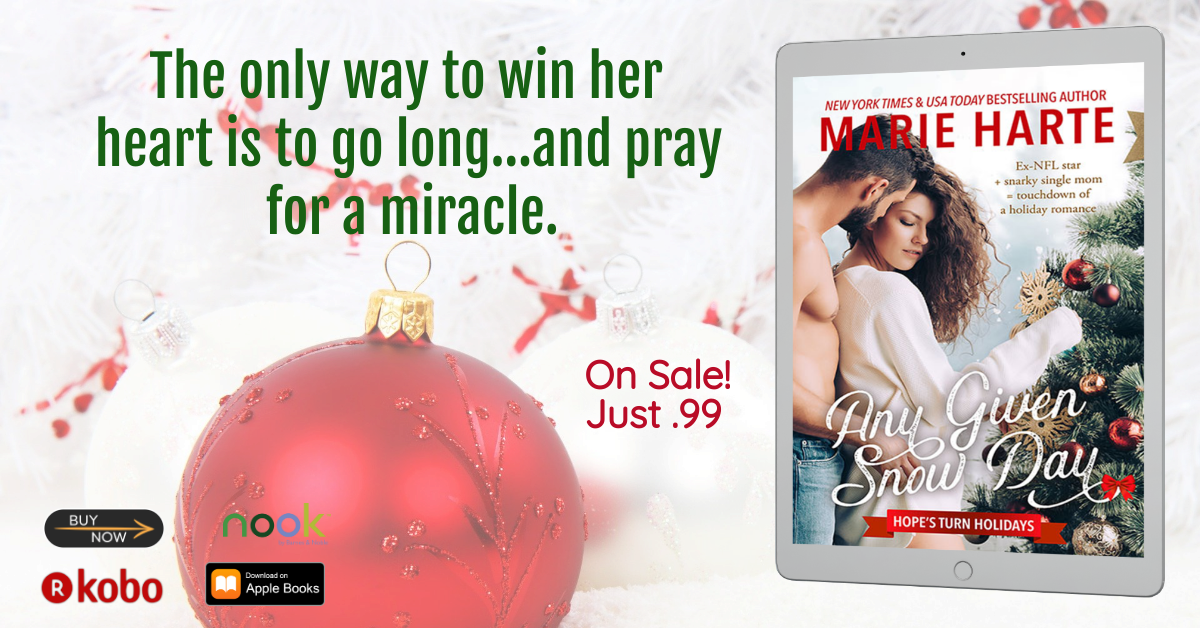 After two Super Bowl rings, MVP status, and retiring from the NFL while still on top, Mitch “Flash” Flashman’s millions should make life at the ripe old age of thirty-five a blessing. Yet he’s restless, rudderless, and can’t tell up from down. Roped into helping his brother coach a bunch of teenagers, Mitch finds himself playing defense against the many women in town wanting his attention.

Becca Bragg is mouthy, vulnerable, and sexy, and she captivates Mitch despite himself. But Mitch has no time for a sexy single mom when he’s still trying to figure out who he really is. With the playoffs, a boy’s future, and his own heart on the line, he’ll need to figure out how to pull the ultimate victory—winning Becca’s heart and keeping it. For good.

Mitch was cold, hungry, and had a headache growing at the thought of the many people outside who would want to talk to him. He knew it came with the territory, but man, he’d love to just be average Mitch Flashman again. A simple guy who wanted nothing more than a cold beer and a plate of warm nachos to end the week.

Davey Madison popped his head around the lockers. “Hey, Coach? My mom wants to talk to you.”

Mitch contained a groan. “I’ll be out in a few minutes. I’ll meet her by the concession stand, okay?”

“She just wants in your pants.”

He spun to see Simon smirking at him.

“Mrs. Madison. She’s got a thing for you, like half the other moms out there.” Simon shoved his hands in his pockets, a tall kid swimming in a man’s coat a few sizes too large for his build. His light-brown hair needed a cut but seemed to fit the typical teenage style of too long and too shaggy. “Apparently you’re rich and handsome. I think I heard one of them call you sexy too.”

Mitch tried to play it off, though he felt his cheeks heating. Damn. Nothing like being a celebrity who hated the limelight and blushed too easily. Oh yeah, I’m macho and manly, alright. “Yep, that’s me. Sexy and handsome.”

“And rich, don’t forget that.” Simon grinned. The kid seemed to be enjoying Mitch’s discomfort.

Nothing like being wanted for your money. “Not your mom, though?”

Simon chuckled, his hazel eyes sparkling. “Nah, my mom thinks you’re an ass. ‘Night, Coach.” He left with a spring in his step.

Behind him, Deacon guffawed. “I do like that kid.”

“You would.” He walked slowly out of the locker room with his brother. “So what did you think?”

“About your crappy speech, the game, or the fact that we’re about to be mobbed by women who want in your pants?”

“Sometimes I really hate you. You know that?”

“Yep, little brother. I do.” Deacon put him in a headlock and dragged him out the door. “But hey, I did my time. You’re the new celebrity on the block. Roll with it.”

Mitch got free. “So was I too harsh on the kids? It’s only my third game helping out.”

“And I’m glad you are. Stan’s flu couldn’t have come at a worse time. The pub has me running ragged, what with that distributor problem and Roy out of town.” He groaned. “What a sucky time for his wife to go into labor.”

Mitch shook his head. “Such compassion for your best friend.”

Deacon laughed. “Right? I’m kidding. I wish Jess would have had the baby here though. Nope. Had to be down in Houston with her folks. She’s robbing me of my business partner!”

“What was she thinking?”

Roy had what they both wanted—a great job, a loving wife, and now a new baby. Deacon, like Mitch, had played pro ball. He’d had seven amazing years as a starring quarterback before he’d blown out his right shoulder to the point he couldn’t throw with the speed and accuracy he’d once had. A brutal divorce had stolen even more happiness, until Deacon had nearly quit everything—football, family, breathing…

Mitch had tried to help his brother, but he knew seeing him only reminded Deacon of all he’d lost. Their parents hadn’t known what to do either.

But good old Roy, Deacon’s best friend before, during, and after the NFL, had thrown Deacon a lifeline. Now Deacon was a partner in a thriving brewpub, head coach for a high school football team in a dream of a town, and had recently even dipped his toe back into the dating game.

“You know, all these women aren’t just here for me,” Mitch told him. “You’re fair game, from what I hear.”

“Ah, but I’m damaged goods.” Funny, Deacon didn’t seem too upset over the fact. “You’re rich and retired. Money, fame, fortune. You, little bro, have it all.”

“What I’ve got is a headache,” he grumbled as they passed many well-wishers. Parents from both teams shook his hand and made small talk, everyone wanting to touch the man who’d once been an MVP in the NFL. As if touching him would guarantee their kid’s own success. At least they bugged Deacon too. That made him feel a little better.

Mitch kept it together as they drew closer to the concession stand, encountering a rare moment of peace from the dispersing crowd. “God, kill me know. Deacon, don’t even think of leaving me to deal with her by myself.” He grabbed his brother by the sleeve and held on for dear life, having spotted Linda Madison’s flailing hands and bright smile.

Deacon didn’t try to hide his grin. “Mrs. Future Flash is waiting for you.”

Mitch shot him the death glare.

“Look, I’ll do my best to block for you,” Deacon conceded. “But you’d have an easier time saying no if you actually said no.”

“I did.” Mitch groaned. “The woman is like a pit bull, and her friends are just as bad. I tried to tell them I’m not interested. Yes, them, because all of them have made some not-so-subtle moves. It’s not funny,” he snapped.

“Hey, it’s not as if I’m out screwing half the town. I don’t want to date some pushy yokel so she can tweet about having landed the ‘Amazing Flash.’” He grimaced. “I have standards.”

“And so do we,” a husky voice muttered from behind him. “Come on, Simon. Let’s get away from God’s gift to women before I accidentally throw myself at him. I suddenly feel nauseous.”

He turned to see Simon grinning widely before the kid hurried to accompany two pretty, dark-haired women away. Mitch couldn’t be sure which one had insulted him, but tired, he couldn’t bring himself to care.

“Wow. You really do come across as a huge ass,” Deacon said. “Simon’s mom is right.”

“Huge.” Deacon dragged him faster toward the gaggle of women standing with Linda and Davey. “Hey, Linda. Look who I have with me? Flash wants to talk to you.”

Should totally have drowned him in third grade when I had the chance. 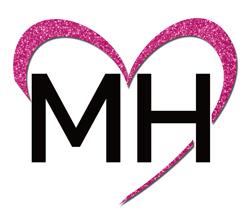