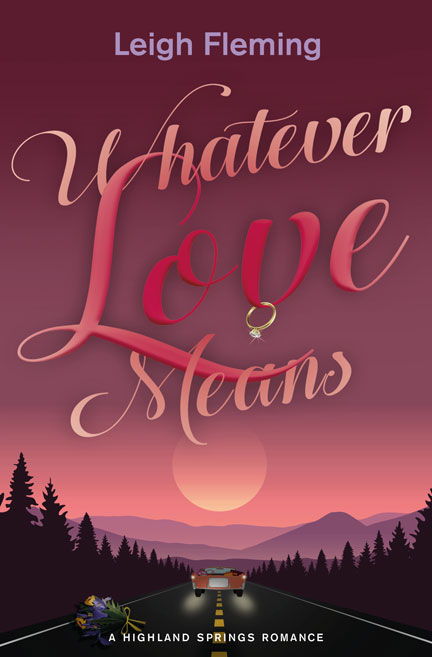 You’ve heard the headlines on your favorite morning news show: Divorced Couple Finds Love Again After Thirty Years. The perky anchorwoman then spouts the exciting details of a couple who married hastily as he was shipped off to war, only to get divorced when he returned. Thirty years later, when they bump into each other at a coffee shop, bells ring and doves fly. They realize they never stopped loving each other and rekindle their love.

We swoon over these stories. We think it could never happen to someone we know. But it can. And it did.

You’ve heard the headlines on your favorite morning news show: Divorced Couple Finds Love Again After Thirty Years. The perky anchorwoman then spouts the exciting details of a couple who married hastily as he was shipped off to war, only to get divorced when he returned. Thirty years later, when they bump into each other at a coffee shop, bells ring and doves fly. They realize they never stopped loving each other and rekindle their love.

We swoon over these stories. We think it could never happen to someone we know. But it can. And it did.

On a summer night at a beach resort pub, over crab cakes and cold beer, a long-time friend shocked me with the news that she and her first husband had reunited. They had been divorced for nearly thirty years. They had married as teenagers with a baby on the way. Too young and unprepared to face the responsibilities of raising a child together, they soon split. But throughout the years, they remained friendly. I was drawn in by their rekindled love story and asked if I could write something based on it. That’s when Whatever Love Means was born. Maggie Timbrook had a baby at sixteen. Too young and immature to be a wife and mother, her marriage quickly unraveled, and she spent the next fifteen years going from one man to another, searching for Mr. Right to fill the void left by the loss of her first love.

Travis Kane, the father of Maggie’s teenage daughter, works from sunup to sundown to make his auto repair business a success and to take his mind off his loneliness. He has no shortage of women to warm his bed, but none can take the place of his one and only love, a woman he continues to desire . . . and disappoint.

When Travis is hit by a car along a quiet country road, Maggie abandons her wedding day to be by his side. Travis infuriates Maggie. But seeing him injured and so vulnerable brings back old feelings she has tried to forget.

With nowhere else to go, Travis moves in with Maggie to recover after his accident. They do their best to put their differences aside and treat each other kindly for their daughter’s sake. Tender moments and shared apologies open the door to new possibilities. But when disturbing secrets surface about Maggie’s fiancé, she once again questions her choices.

Together, Maggie and Travis open their hearts to discover Whatever Love Means.

Instead of heading out, Travis stalked across the room and stopped in front of Maggie. His eyes drifted from her veil to the hem of her dress. Sucking in a breath, he closed his eyes and gave his head a shake.

“Christ, have you lost your mind?” he hissed. “She has no business wearing that dress.”

“She’s not a little girl anymore, Travis. It’s what girls her age are wearing to formal dances.”

“This isn’t a formal dance. It’s your fourth trip around the moon.”

She picked up the skirt of her dress and brushed past him. “Don’t start.”

“Hey, if you want to go down that road again with little Buddy Garrett, don’t let me stop you—”

“—but my daughter needs to cover up.”

“You’re ridiculous.” She tugged the veil from her head and handed it to Riley who had stayed quiet and out of the way. She had witnessed more than her fair share of arguments between Maggie and Travis and knew better than to interfere. “She’s my daughter, too, and I say she can wear that dress in my wedding.”

That snide comment hit a nerve. Coming nose-to-nose with him, Maggie seethed. “Like her mother? Is that what you mean?”

Travis’s voice dropped to just above a whisper. “I didn’t say that.”

His gaze landed on her mouth, and she felt a shiver when he ran his tongue over his bottom lip. Taking a step back, he narrowed his eyes as a wry grin grew on his face. Like a train rolling slowly down the tracks, his gaze traveled downward, lagging a beat too long at her breasts and stopping at her hips. That shiver surged to her belly, and below. Damn him for looking so sexy while he thought up a hurtful remark.

His gaze headed north and locked with hers. “Looking good, Maggie.”

“And?” Surely he had a zinger coming her way.

“And nothing. You look really good in that dress.”

Fury raged through every cell in her body. Travis didn’t compliment her. He never said anything nice. What kind of game was he playing?

“Liar,” she said, crossing her arms over her chest, suddenly feeling exposed.

He chuckled and turned to Riley. “See what I have to put up with? I give the woman a compliment, and she calls me a liar.”

“I’ll be outside, Carly,” he called out as he turned toward the curtains. “Good luck with this one, Mag.”

Maggie punched the air behind Travis’s back as he disappeared through the curtain.

Leigh lives in Martinsburg, West Virginia, with her husband, Patrick, and her deaf French bulldog, Napoleon, and is mom to adult children, Tom and Liza. When she’s not writing in her windowless office, she enjoys reading, travelling, scrapbooking, and spending time with friends.