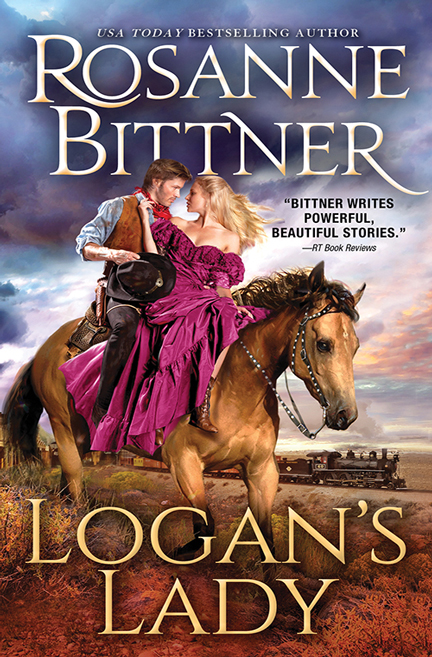 One love worth fighting for

Wealthy Englishwoman Lady Elizabeth Baylor longs for adventure. She leaves for America full of hope, only to lose everything to a villain hiding treachery behind his smile. Lost in this strange and lawless land, Elizabeth vows to track down the man who did her wrong…but she can’t do it alone. What she needs is someone hardened by the west and unflinching toward its dangers: notorious bounty hunter Logan Best. One love worth fighting for

Wealthy Englishwoman Lady Elizabeth Baylor longs for adventure. She leaves for America full of hope, only to lose everything to a villain hiding treachery behind his smile. Lost in this strange and lawless land, Elizabeth vows to track down the man who did her wrong…but she can’t do it alone. What she needs is someone hardened by the west and unflinching toward its dangers: notorious bounty hunter Logan Best.

Ill-mannered and seemingly ruthless, Logan exorcises his dark past by throwing himself into his vengeful profession—hunting wanted men. There’s nothing about the pampered Englishwoman that should call to him, and yet as their adventure takes them across the wild and treacherous west, he realizes he’ll do anything to keep her safe…and defend his Lady to his final breath.

Logan strolled into Sheriff Adam White’s office in Abilene and handed him a letter. White looked up at him and frowned. “You again?”

“Yup.” Logan noticed the man had a few crumbs in his long, black beard, probably from breakfast. “I already checked at Rinker’s saloon, and he’s out of town again, so I’m bringing you proof that I found the man Rinker was looking for. Rosell still had over three thousand dollars on him.” Logan handed out a leather satchel. “The money is in here. That letter is from a Mr. Clive Macy and a few citizens of Mirage, Colorado, saying I brought them Mr. Ben Rosell. The town promptly hanged the man for kidnapping and raping Clive Macy’s thirteen-year-old daughter.”

White looked into the leather satchel, then back up at Logan. “You actually found the man? He had a good three-week start on you.”

“He was easy to track. He was a braggart, and every place he stopped people remembered him. He also spent a few days at each stop along the way to Denver—liked to show off. That slowed him down.”

“I want you to give all that money to Mr. Rinker and tell him I’ll be back to collect my bounty. Right now, I’m in kind of a hurry because  I  intend  to  find the man behind Rosell. His name is Robert Alexander. Have you—”

“Alexander?” White interrupted, speaking the name as though in shock.

It was then Logan heard an odd whimper from a jail cell behind the wall where the sheriff sat. White got to his feet.

“Do you have a woman back there?” Logan interrupted.

“Well…yes. That’s what I started to tell you. We didn’t quite know what to do with her. She just rambles crazy when she talks.” White leaned in closer and dropped his voice. “Logan, she shot a man on  the Kansas Pacific. Bloodiest mess you ever saw! She claimed he attacked her, but heck, they were traveling alone together, so I don’t know what to believe. We found the mess just this morning on their Pullman car when the train came in. The man’s identification says his name is Robert Alexander.”

Logan stepped back. “What?”

“Yes. And he was layin’ in a sleeper car buck naked and covered in blood. There were dresses all over the bed in the back bedchamber, and they were covered in blood, too. We found a small pistol laying on the floor, and the woman—she’s a young thing—she was just sitting in a chair in the parlor area wearing   a nightgown and covered in blood—her clothes, her face, her hands—it was the most god-awful mess I ever saw. We’ve been trying to decide what to—”

Logan left him and hurried around the corner, and there in the jail cell sat what he thought might be a very beautiful woman with blond hair. He couldn’t be sure because she was covered in so much blood. Even her hair was stuck together in places from dried blood. His rage knew no bounds. After what Rosell had told him about Robert Alexander, he could just imag- ine what this woman had been through. He turned to Sheriff White when the man followed him to the cell. “Why in hell is this poor woman sitting in there unwashed and unattended! Can’t you see she’s been through something awful?”

“We just weren’t sure what to do with her—what to believe. She could be a murderess.”

“Murderess! Hell!” Logan roared the words so loudly the sheriff stepped back defensively. “I know all about this Robert Alexander, and I can tell you if she shot him he damn well deserved it! Get that woman out   of there.”

Sheriff White shrugged. “What the hell are we supposed to do with her? She doesn’t talk any sense.” “Look at her! She’s shaking from shock. And she’s probably scared as a baby rabbit. I guarantee Alexander brought her out here under false pretenses, and then he took her for every dime she has and was going to sell her to a whorehouse. Get her out of there. There are more men behind this, and I need to know what she knows and what Alexander took from her.”

“Get her out of there!” Logan raged.

White ran for the keys. Logan’s shouted words made the woman look up. Her eyes widened, and   she quickly curled up onto the cot where she sat and shook even harder.

She just kept staring at him as White returned with the keys and opened the cell door. Logan stepped inside.

The woman shook her head. “Don’t let him touch me!” she screamed at the sheriff. “He’s here to take me away to someplace awful!”

They were the first coherent words she’d spoken since Sheriff White had pulled her off the Pullman car. Logan stepped closer. “Ma’am, I’m not going to—” “His name is Chad!” she screamed at the sheriff. “He’s here to pick me up and take me away. He rides with a lot of bad men! Robert told me about him!” “Ma’am, this man isn’t called Chad,” the sheriff tried to assure her. “This is Logan Best. He’s a bounty hunter, and he was after that man you killed. He wants to help you. His word is good, so we won’t hold you any longer. Logan claims Alexander was a swindler of some kind.”

“Don’t believe him! He’s Chad Krieger, and he’s going to take me someplace where I’ll never be found again. Look at him! He’s filthy and wears guns and— he looks like an outlaw! Don’t let him take me!”

White stepped closer and leaned down to look into the woman’s eyes. “Ma’am, I assure you, this man isn’t Chad Krieger. He’s a bounty hunter. He hunts down men like Chad Krieger. His name is Logan Best, and he wants to get you some help. You’ll be safe with him.”

The woman buried her face in her bloody hands and wept.

Logan turned to White. “Where is the closest doctor’s office?”

“Couple of doors down. Doc Billings. This is the best time to catch him sober. It’s still early. The man is pretty useless by eight o’clock or so at night.”

“Sure.” White stepped back, and Logan walked closer to the woman. She shrank back again. Logan knelt in front of her.

“I’m not that man called Chad,” he assured her again. “My name is Logan Best, and I was here in Abilene to collect bounty on a man called Ben Rosell. You ever hear that name?”

She shook her head.

Logan looked her straight in the eyes and hesitantly reached out to touch her arm. She didn’t pull away. “Let me help you. What’s your name?”

She watched his eyes, and her shaking stopped. “Elizabeth Baylor.”

“Let me guess. Are you British? I mean, your accent tells me you are, but I need to know for sure.”

“And this man called Sir Robert Alexander duped you into trusting him—offered to bring you west and then managed to steal your money and turn on you. Right? He was taking you to someone. He was going to leave you with the man called Chad.”

Elizabeth swallowed. “How—do you know all that?”

“It’s a long story. But I’m not this man you call Chad Krieger. I’m hunting for Krieger.”

Elizabeth broke into tears. “I’m alone out here. I don’t know what to do. I killed him! I killed Robert!” “And I’m betting it was for a damn good reason,”

Logan told her. “We need to talk, Miss Baylor. Is it Miss?”

Elizabeth wiped at her tears, smearing the blood on her face. “Lady,” she answered, showing a spark of pride. “I am Lady Elizabeth Baylor…from London.” She cried even harder. “I loved him! I was going to marry him! Why did he…do this?”

“Because he’s a swindling sonofabitch,” Logan answered. He rose. “Come on. Let me get you to a doctor.” He looked at White. “Where are her things? She needs to wash up and get dressed. For God’s sake, how could you leave her in this condition, and in a jail cell to boot?”

“We were going to have a meeting soon to discuss what to do with her.”

“Common sense should have told you this woman didn’t do anything wrong. Look at her! She’s been abused, and she was probably just defending herself. If you weren’t a lawman, I’d land a fist into your face. Where are her things?”

“They’re still down at the depot.”

“Then have somebody go get them and bring them to the doctor’s office.” Logan reached out for Elizabeth. “Can you walk?”

Elizabeth crossed her arms over her breasts as though she thought Logan might be able to see through her gown. “I don’t want people out there to see me. And…I’m barefoot.”

Logan grasped her arms and pulled her up. He noticed she winced.

“Are your arms bruised?” he asked. Elizabeth nodded.

Logan reached down and yanked a wool blanket off the cot. He wrapped it around her shoulders, covering her completely before lifting her into his arms. He thought how small and light she was. Her situation reminded him of what had happened to MaryAnne. He’d killed every last one of the men who’d hurt her before coming out here to hunt down every damn wanted man he could find.

“Let’s get her to a doctor,” he told the sheriff. White obliged, heading out the front door.

Elizabeth curled against him, her head on his shoulder. At least he could get help for this woman. He’d never had the chance to help MaryAnne.

USA Today bestseller and award-winning novelist Rosanne Bittner is known as the “Queen of Western Historical Romance” for her epic love stories and family sagas. Her award-winning, well-researched books span 1800’s America from coast to coast. Devoted readers have described her books as “awesome,” “realistic,” and “unforgettable!” Rosanne and her husband live in southwest Michigan. Visit her at www.rosannebittner.com.