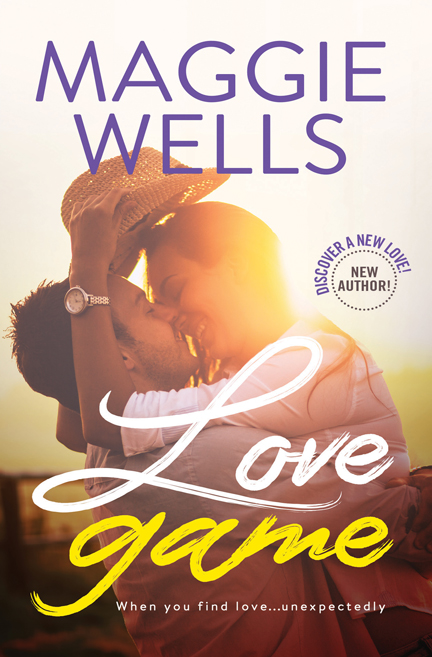 Kate Snyder is at the top of her game. She scored her first national championship at Wolcott University in her undergrad days, and now she’s the coaching legend of the #1 college women’s basketball team. No one knows the meaning of the phrase “work your way up” better than Kate. So when the university hires a football coach trying to escape scandal—paying him a lot more than she earns—Kate is more than annoyed… These successful professionals may know something about sex…but discover they’re clueless about love.

Kate Snyder is at the top of her game. She scored her first national championship at Wolcott University in her undergrad days, and now she’s the coaching legend of the #1 college women’s basketball team. No one knows the meaning of the phrase “work your way up” better than Kate. So when the university hires a football coach trying to escape scandal—paying him a lot more than she earns—Kate is more than annoyed.

He just sailed into his

Danny McMillan had hoped for a smooth transition at Wolcott, but fiery Coach Snyder made that impossible. Every time he and Kate are in a room together, snark and sparks fly. Danny gets her frustration, but her pay grade isn’t his problem, right? When Kate and Danny finally see eye to eye, their sparks turn into something even hotter…and they need to figure out if this is more than just a game.

“Afternoon, Coach Snyder,” Danny called as Kate crossed to the edge of the practice field. “What brings you here?”

“I was just driving by on my way home, and I saw you boys out here.”

She made one of those flirty, fluttery gestures meant to deflect and distract. It wasn’t until Danny caught himself staring at those graceful fingers that he realized how powerful a weapon it truly was. Giving himself an internal shake, he forced himself to step forward rather than retreat. This was his turf, damn it. Literally.

What little action he had happening on the field ground to a halt. The players who were pulling cell phones out of he didn’t want to know where and snapping photos. As if her appearance marked the start of coffee break time.

He nodded to the milling players and raised his voice. “As you can see, we have our work cut out for us. Don’t we, fellas?”

The phones disappeared, and his team snapped back into action. After all, they had an audience to impress now.

“Nice of you to stop by.” He managed a smile he hoped wasn’t as dorky as it felt. He couldn’t make a bigger fool of himself than the gaggle of man-children showboating up and down the field. “I can’t wait to crash one of your practices.”

A hint of color appeared in her cheeks, and she lowered her gaze, shuttering the flash of annoyance that flared in those mesmerizing eyes. She swayed slightly, and his body followed, leaning into her as if they were connected by an invisible string.

A string their esteemed athletic director seemed to be determined to snap.

Glancing from the AD to the glorious woman across from him, Danny forced a tight smile. “Yeah, I never did either, but I guess there’s no way to block the lookie-loos out here.”

Kate’s eyebrows rose. “Lookie-loos?” Her smile was syrupy sweet. She leaned in closer and lowered her voice. “If that’s the case, I hope you can find some soon.” She made a point of scanning the nonexistent sidelines for equally nonexistent fans. “Seems kind of…sad out here.”

Kate glanced down, and her smile widened as she backed away. “The Sentinel is looking for an interview,” she announced, darting a glance at Mike.

Danny frowned, confused by the swift change in topic. “The Sentinel? Why are you telling us this? You the new secretary or something?”

Mike nearly cracked one of Danny’s ribs with his pointy elbow. Kate, of course, caught the not-so-subtle warning. Her eyes narrowed, and her jaw tightened. But when she spoke, her drawl was as thick as molasses.

“Or something. I’m pretty booked up with the filming for NSN, but I figured I’d mention this to you.” She fixed him with a disconcertingly direct stare. “Hey, they did a profile on you once, didn’t they?”

They did a hatchet job on him just after the debacle, but he saw no need to acknowledge what they all knew.

“Caught it on a replay last week.”

She flashed her championship smile again, but there was no warmth behind it. As a matter of fact, it felt a helluva lot like a shank of cold steel piercing his gut.

“Anyhow, I was thinking maybe you’d want a shot at a more friendly news outlet, so I thought I’d pass it along. I’m nothing if not a team player.”

Message delivered, she turned on her heel and started back toward her car. Ice queen or not, he watched her walk away. He couldn’t help himself. Hell, there wasn’t a man alive who wouldn’t be drawn in by the subtle sway of her hips.

“Don’t even think it, man,” Mike said, his voice low and ominous.

Danny shot him a glance. “Think about what?”

Danny jerked his head up, but once again, no one was looking at him. They were all focused on Kate.

A young man in a cropped practice jersey cocked his arm and let the ball fly. The high, tight spiral arced nearly the width of the field. A gust of spring wind pinned Kate’s shirt to her lithe frame. She stepped into the pass, her palms open and her fingers spread wide and welcoming. Her low, throaty laugh rippled across the field as she secured the ball and feinted to her left. The players on the field erupted into whoops and catcalls, and she grinned as she brushed the hair from her face. She tossed the ball underhand to a nearby assistant and then waved to the boys before starting for her car.

Danny stood transfixed until she reached the driver’s door, willing her to look up once more. But he got no sneaking peeks or coy smiles from Kate Snyder. No, when she looked up, she stared directly at him, her chin lifted, her hair dancing in the spring breeze. They stood there, locked in silent challenge, and all the sounds of the drills being run on the scrubby field faded away. Then she cupped her hands around her mouth and shouted, “Hey, Coach, get your head in the game!”

Danny had to laugh. At last, he’d met a worthy opponent. And all the warnings in the world couldn’t stop him from getting in the game. He lifted a hand in a half wave.

“Get crossways with her, and there’s nothing I can do to save you,” Mike reminded him.

He spared his friend a glance. “I thought you and your pal Millie wanted us to get crossways.”

“You know what I’m saying.”

Danny nodded once and turned his attention back to the field. “Who threw that?”

By day, MAGGIE WELLS is buried in spreadsheets. At night she pens tales of people tangling up the sheets. The product of a charming rogue and a shameless flirt, you only have to scratch the surface of this mild-mannered married lady to find a naughty streak a mile wide. She has a passion for college football, processed cheese foods, and happy endings. Not necessarily in that order. She lives in Arkansas.

Enter to win a copy of Love Game by Maggie Wells!