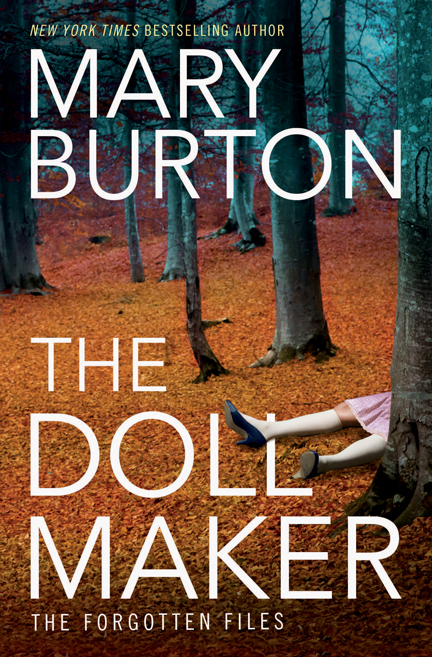 In Mary Burton’s THE DOLLMAKER, Dr. Tessa McGowan had never seen anything quite like it. But the mutilated bodies on her exam table tell a stunningly macabre tale: someone with a twisted mind is kidnapping women and altering their faces to resemble real, life-size dolls. As a forensic pathologist, it’s her job to aid the agent leading the case—even if that agent is her estranged husband.

Nobody Puts A Coroner in the Corner by Mary Burton

Death scares most people and many run from it. But end of life care can be critical not only in the best of circumstances but especially when death occurs under suspicious circumstances. Dakota and Tessa have dedicated their lives to making sure the dead are heard.

I’ve had the privilege to meet several women who are medical examiners or coroners. These professional women are kind and caring and very aware that their job comes with a great emotional and, sometimes, legal responsibility. They work cases that crop up at all times of the day and night, including holidays and weekends. They interface with grieving families, law enforcement and the courts.  In whatever arena these women find themselves they rely on instinct and experience and they’re not afraid to stand their ground.

Tessa is a compilation of these ladies. Like those I’ve met, she is meticulous when it comes to collecting evidence from the deceased. She can hold her own with the toughest detectives and she can sooth a grieving family. She is committed to her work and as she says in THE DOLLMAKER: “I realized the dead have a story to tell…and I want to be their translator.” It is this commitment that puts her front and center, attracting the attention of the Dollmaker and putting her in his cross hairs.

Tessa’s strong personality and caring nature are her key allies when she decides the time has come to repair her crumbling marriage. She’s moved past her earlier struggles with Dakota, and accepts that she is married to a man relentlessly driven to bring killers to justice. Haunted by his sister’s murder, disguised as an overdose and still unsolved, Dakota is dogged, unwilling to give up until he has done everything humanly possible to find justice for homicide victims

Who are some of my favorite fictional female pathologists? Tess Gerritsen’s Maura Isles from her Rizzoli & Isles books tops my list, as does Lacey Campbell from Kendra Elliot’s first A Bone Secrets novel, Hidden, and Melinda Warner from TV’s Law and Order. THE DOLLMAKER by Mary Burton

Dr. Tessa McGowan had never seen anything quite like it. But the mutilated bodies on her exam table tell a stunningly macabre tale: someone with a twisted mind is kidnapping women and altering their faces to resemble real, life-size dolls. As a forensic pathologist, it’s her job to aid the agent leading the case—even if that agent is her estranged husband.

Twelve years ago an unspeakable tragedy destroyed Dakota Sharp’s world. Haunted by the ghosts of his past, he’s devoted himself to capturing killers. His only regret is that it cost him Tessa. Now, as the Dollmaker case brings them together—and raises his suspicions that he’s crossed paths with this deranged psychopath before—they may just have their second chance. But it seems Dakota’s not the only one who wants to make Tessa his own…

She may be the Dollmaker’s next target, but Tessa has no intention of winding up as another toy on his shelf. Can she and Dakota stop this ghastly killer before his next deadly playdate? One Response to Mary Burton’s THE DOLLMAKER & Giveaway