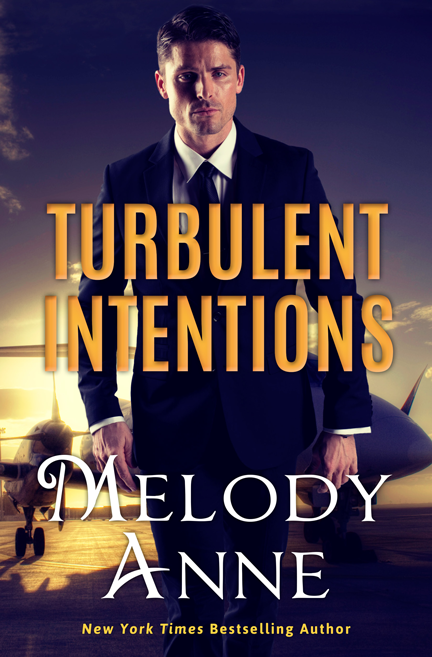 Exclusive excerpt from TURBULENT EMOTIONS by Melody Anne and a rafflecopter giveaway!

The Armstrong brothers are wealthy, wild-at-heart bad boys—until their father’s will demands they prove themselves and marry in order to inherit their fortune.

Eldest brother Cooper channels his reckless spirit into becoming CEO of his own airline. The only thing better than the adrenaline rush of flying is his one-night stand with a stunning stranger. At first he doesn’t recognize the fiery barista he clashes with years later at an airport coffee shop. But when Stormy Halifax turns up as his new house sitter, Cooper knows she’s his Cinderella. And he doesn’t just want her in his mansion. He wants her back in his bed. Looking up at the bright, sunny sky, Stormy felt she could get used to this tree-lined area. The crisp sea breeze blew gently across her cheeks as she carried the drink to Cooper. She thought about rubbing the icy glass against her flushed body. Of course, it was only the heat of the warm day, not the fact that she was feeling anything else as she came closer to the man who could work magic with his hands and mouth.

Only a few feet away from Cooper, she had to admire how good he looked in nothing but a pair of shorts, his firm upper body gleaming with a splash of water and maybe a trickle of sweat. A trail of soapy water was slowly making its way toward the waistband of his wet swim shorts.

She must have made a noise, because suddenly Cooper turned in her direction. She really wished he weren’t wearing sunglasses because she had no idea what he was thinking as he set down the hose he’d been holding and then trailed his fingers through his damp hair.

“Settling in okay?” he asked. It took her a moment to process his words.

Maybe she should have just stayed in the house, dang it.

Giving her a smile that could melt butter, he thanked her and then took the glass. She watched as his throat flexed while he downed half the tea. “I was thirsty,” he said, wiping the moisture from his lips.

Her stomach clenched with need unlike anything she’d ever felt before.

“Well then, I guess I’ll let you get back to it,” she told him, taking a step back and nearly falling on her ass.

He chuckled then reached out. Before Stormy knew what was happening, he was wrapping his arms around her and tugging her against him.

“What in the world are you doing?” she asked, her voice trembling.

The sudden fire that ignited in his eyes was making her far too warm. She couldn’t figure out what else to say as he gazed down at her.

“You looked a bit hot. I thought I’d cool you off,” he told her.

She’d been warm, but him pulling her against him had instantly overheated her.

“I’m good,” she said, tugging from his wet hold.

With a chuckle, he released her. Stormy was fully out of sorts, but looking down, she saw the hose at her feet. Bending, she picked it up, a twinkle in her eyes.

“What are you doing?” he asked. This time, he was the one to step back.

“You look a little hot,” she said, repeating his words. Then she unleashed the cold spray right against his chest.

His smoldering eyes weren’t so hot anymore as he yelped and lunged backward. When she saw him glance toward the bucket of sudsy water, she decided it was a good time for retreat.

“See ya later,” she hollered, dropping the hose and spinning around.

It was too late, though. She didn’t make it three steps before icy-cold water launched over her head and soaked her white dress, plastering her clothes to her suddenly freezing body.

She stopped and spun back toward him, glaring at his head, which was lowered to the ground. He was bent over laughing. She moved up to him and tried to push him over, but that backfired on her.

He was far too fast for her, and suddenly she found herself being lifted and then both of them were tumbling on the grass on his perfect front lawn.

Gasping for breath, Stormy was disoriented as the world spun around her. Then, she lost her air when he pinned her beneath him, his solid body on top of hers. She was pretty sure it wasn’t the hose pressing against her thigh.

“I’ve wanted to do this from the moment I saw you in that coffee shop. I feel like I’ve known you forever and it’s haunting me.” No more warning than that was given before his head descended and his lips were fastened on hers.

The kiss was exactly what she remembered, and she sighed into his mouth, forgetting for a moment what a bad, bad idea this was. Within a second, she was lost in his embrace.

The kiss ended far too quickly, though, when Cooper pulled back, confusion in his eyes as he gazed down at her.

“I know you,” he said, making her heart race.

“Of course you do. I worked at the coffee shop,” she said, out of breath.

His finger came up and traced her lips as his eyes narrowed.

“No. I’ve kissed you before, tasted you.”

It wasn’t a question. He was certain of it.

Her heart stopped in her chest as she gazed up at him. This would be the time for her to tell him that indeed he did know her. She tried to get her mouth to form the words. Instead, what came out wasn’t what should have.

“I don’t know what you’re talking about. Now get off me,” she said, wishing the words would have come out a bit more firmly.

“What are you hiding from me?” he said, still not releasing her.

“Nothing. I just can’t breathe with you on top of me,” she told him.

With what seemed like reluctance, he rolled off her. That’s when Stormy realized they were on his front lawn making out like a couple of teenagers who couldn’t care less what the neighbors thought. Sure, she couldn’t see his neighbors, but that didn’t mean they couldn’t see them.

No more words were exchanged as she rose to her feet and walked away, her arms folded across her chest. She couldn’t shake the idea that countless onlookers could see through her wet dress. She cast her eyes to the ground, not willing to see if that were true or not. What Stormy knew for sure was that she couldn’t stay in Cooper’s house. There was no way. If she did, she was sure she’d end up in the man’s bed again. And that was a road she wasn’t willing to go down.

The Armstrong brothers are wealthy, wild-at-heart bad boys—until their father’s will demands they prove themselves and marry in order to inherit their fortune.

Eldest brother Cooper channels his reckless spirit into becoming CEO of his own airline. The only thing better than the adrenaline rush of flying is his one-night stand with a stunning stranger. At first he doesn’t recognize the fiery barista he clashes with years later at an airport coffee shop. But when Stormy Halifax turns up as his new house sitter, Cooper knows she’s his Cinderella. And he doesn’t just want her in his mansion. He wants her back in his bed.

Stormy can’t believe she’s living under Cooper’s roof. Gorgeous and arrogant, he’s convinced she’ll surrender again—and he’s right. But just as Stormy is succumbing to a world of pleasure, her trust is shattered. And the biggest challenge Cooper has ever faced will be proving he wants Stormy, now and forever, for all the right reasons. Melody Anne is the New York Times and USA Today bestselling author of the popular Billionaire Bachelors, Surrender, and Baby for the Billionaire series, as well as the young adult Midnight series. She collaborated with J.S. Scott and Ruth Cardello for the anthology Taken by a Trillionaire.

Melody holds a bachelor’s degree in business but found her true calling when she was first published in 2011. When she isn’t writing, she cultivates strong bonds with her family and enjoys time spent with them, as well as with her friends and beloved pets. A country girl at heart, she loves her small town and is involved in many community projects.

Melody has earned a spot on multiple bestseller lists and is a three-time Amazon Top 100 bestselling author. Best of all, she gets to do what makes her happiest—live in a fantasy world 95 percent of the time. Learn more about her at www.melodyanne.com and follow her blog at www.authormelodyanne.blogspot.com.