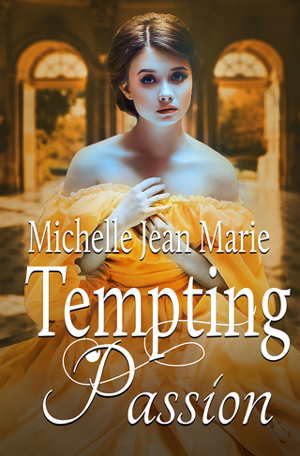 Marcus Clayton, Earl of Norbourne, has it all: power, wealth, respect, the freedom of bachelorhood, a woman’s companionship. Then, in the space of seconds, his world is shattered and a life is lost. Blaming himself for the tragedy, he adopts the Stoic credo as his new way of life and vows to never again allow a woman to rule his passions… Marcus Clayton, Earl of Norbourne, has it all: power, wealth, respect, the freedom of bachelorhood, a woman’s companionship. Then, in the space of seconds, his world is shattered and a life is lost. Blaming himself for the tragedy, he adopts the Stoic credo as his new way of life and vows to never again allow a woman to rule his passions.

Miss Christel Fitzwilliam lives life with passion despite her simple life. Her father dotes on her, and her mother despises her because of it. After Christel’s father dies, the very foundation of her life is shaken. Christel’s mother spurns her, and over the years, the scathing words wear down her resolve, causing Christel to question her own chance at ever finding happiness.

When Christel learns of her mother’s plan to trap Marcus into an unwanted marriage with her younger sister, Christel vows to save the earl from a fate he doesn’t deserve. Marcus appreciates her concern, but having renounced all passion, is confident he can defeat the plan on his own. A determined and passionate Christel sets out to help him.

But in trying to save the earl, will her own passion be her undoing?

TEMPTING PASSION was fun for me to write as a sequel to TEMPTING FATE. It let me bring back beloved characters from Book One, and let Marcus Clayton find his happily ever after. He is a very different character than when we first met him. He’s suffered a terrible loss, and changes his lifestyle as a result. Marcus has resigned himself to live a life without passion or love. So I knew I needed a heroine who could break through his resolve.

Miss Christel Fitzwilliam is just such a person. She’s quirky. She’s fun. And she’s unpredictable. Who else could turn the earl’s household upside-down in a matter of days, and still challenge his Stoic vow? She quickly befriends the earl’s spaniel, Zeno, and between the two of them, Marcus is certain he will end up in an insane asylum.

Here’s the opening scene where they meet:

The noise was a mere whisper. Tip-tap, tip-tip-tip, tap-tap. A sound so indistinct, most ears would not have deciphered it. But Marcus Clayton, Earl of Norbourne, had trained himself to hear the whispers—to hear the ghosts. His hand stilled, quill pen poised over the wrinkled piece of parchment.

The nebulous sound also roused the black and white Springer Spaniel napping atop Marcus’s brown leather short boot. Bolting upright, Zeno cocked his head toward the row of curtained windows at the rear of the library and growled deep in his throat.

“Hush, Zeno,” Marcus said, tossing his pen onto the disarray of papers on his desk. He placed his hand on the dog’s muzzle, feeling the vibration of his insistent snarling. Then he glanced at the windows.

Giving a smothered yelp, Zeno darted forward, but Marcus caught the scruff of his neck.

Marcus glanced at the paneled library doors to make certain no one had heard the commotion and pushed them open. Reassured, he scratched his hound under the chin and stood.

The persistent sound trickled through a partially open window to Marcus’s right. He inched toward the casement, Zeno at his heels. Then shoving aside the maroon brocade curtain, he swung open the multi-paned window. The glare of the afternoon sun temporarily blinded him. He blinked twice before confronting the menace. He blinked again when he beheld a pair of eyes the color of melted chocolate.

Eyes that melted into his.

He stared back, mute, not certain what to make of the woman gripping the sill of his library window. He peered over her shoulder, noting her perilous perch a foot off the ground. A pile of large rocks indicated she’d been outside his window for a while, building a step for herself. He looked back at her in disbelief.

She braced her foot on a jutting brick and pulled herself up to rest her elbows on the ledge.

Zeno’s incessant growl made him realize he was still gawking. “Enough,” Marcus said, muzzling him. “Sit.”

The dog obliged, his black eyes exhibiting the trust he held in his master’s command of the situation. Marcus only wished he deserved that trust. He had never felt less in control in his life. Except the night his world had shattered around him. The night his world— as he knew it—ended.

“Help me up, will you?” the feminine voice broke into his thoughts. “Before someone discovers me.”

Without thinking, Marcus leaned over and snatched the intruder by the waist, trying to ignore the warm softness of her body. He helped her through the window and quickly set her down, realizing her feet met the floor almost immediately.

She was tall—too tall for Society to consider fashionable. She wasn’t pretty by English standards either, he thought, studying her at arm’s length. Her sienna brows were full, and her mouth was a bit too generous for her patrician nose. Yet, when she smiled, her imperfect features melded into exquisiteness. ‘A perfect Woman, nobly planned.’

Her hands, clad in heavy riding gloves, settled gently upon his, prompting him to realize he was still clutching her about the waist.

Dash it all! He released her immediately. He hadn’t held a woman that intimately for three years—with good reason. Marcus shoved his hands under his armpits and retreated two purposeful steps.

The young woman used her freedom to pluck at the brambles on the sleeves and skirt of her forest green riding habit. “I thought you meant to leave me without for all eternity. I nearly lost my grip and fell when the stones started to slip.” She chatted as she worked, dropping the offending briars to his Aubusson carpet. They formed a random brown pattern, almost vanishing into the floral pattern of the rug. “Only think of the headlines that would generate,” she continued. “‘Mangled Woman Found Amongst Norbourne’s Shrubbery.’”

Zeno poked his nose against her knee, sniffing her. She stooped to pat him, then looked up at Marcus with liquid brown eyes. “You are the Earl of Norbourne, aren’t you? If not, I should be quite embarrassed.”

Marcus had long since abandoned his quest to understand feminine logic. This present situation only confirmed his reasons why. “But you are not at all embarrassed by the fact you just climbed through my window uninvited?”

The intruder shrugged a careless shoulder—a long, sloping shoulder, framing a pair of full breasts too ample for the slender waist he had held.

“Not if you’re Lord Norbourne. For that’s whom I seek.” Without waiting for an answer, she walked across the room to his desk, Zeno padding behind her, and Marcus following. She scanned the jumble of documents littering the surface, her gaze settling on a stack of stationery bearing the Norbourne crest. “See, my lord? You are the earl.”

She stated it with such guileless triumph that for a moment, Marcus forgot that he knew full well who he was. Learn more about Michelle on her web site: www.michellejeanmarie.com