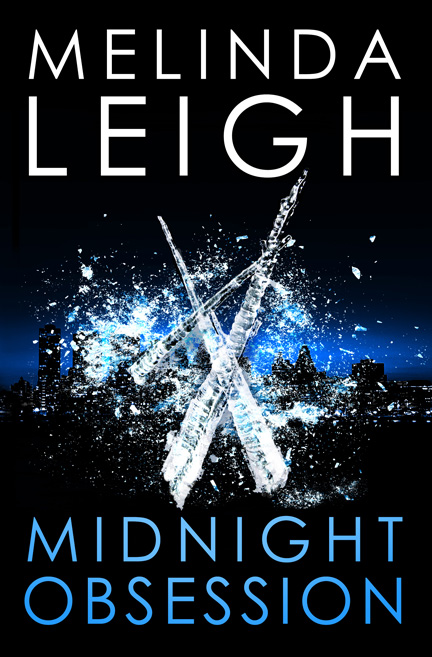 When a mysterious package lands on Louisa Hancock’s doorstep, the Philadelphia museum curator can hardly anticipate the nightmare that’s about to envelop her. The package is addressed to her father—an expert in Viking culture—and inside is a ninth-century sword, a chilling thank-you note, and photos of two dead bodies in a tableau evoking a Nordic funeral. The gruesome images match a recent crime scene. But before the police can investigate the killer’s connection to Louisa’s father, Ward Hancock vanishes. When a mysterious package lands on Louisa Hancock’s doorstep, the Philadelphia museum curator can hardly anticipate the nightmare that’s about to envelop her. The package is addressed to her father—an expert in Viking culture—and inside is a ninth-century sword, a chilling thank-you note, and photos of two dead bodies in a tableau evoking a Nordic funeral. The gruesome images match a recent crime scene. But before the police can investigate the killer’s connection to Louisa’s father, Ward Hancock vanishes.

Sports bar owner Conor Sullivan wants nothing more than to spend his life with Louisa. Devoted and protective, he refuses to leave her side after her father’s disappearance. When a troubled young boxer he’s been coaching is suspected of the murders, Conor is pulled in even deeper. Desperate, Louisa and Conor take it upon themselves to find her father, but soon another ritualistic slaying makes it clear there’s a Viking-obsessed serial killer on the loose. And he has a new target: Louisa.

“Conor!” Tyler rushed from the bedroom. He was scrawny and the home buzz cut made his face appear gaunt. “I didn’t know you were here.” His gaze darted to his mom, and his smile dimmed.

Conor greeted the boy with a fist bump, pulled him into a gentle headlock, and rubbed his knuckles lightly on his scalp. Growing up with his own brothers, he knew nothing spelled out everything is OK like a noogie.

Conor released him, and he bounced around like the room like a puppy just let out of its crate. “Do you want to play Madden NFL?” Tyler asked. Conor and Louisa had bought Jordan and Tyler the Xbox for Christmas. Yvonne had argued that the gift was too expensive—and too frivolous, but Conor had convinced her that the boys needed something to do. They couldn’t go outside to play, and being trapped in the apartment was depressing.

“You only want to play with me because you always win,” Conor said.

“Compared to what?” Conor laughed. “Maybe we can squeeze in one accelerated game.”

Tyler’s eyes pleaded. They landed on his mother and welled up with tears. A sniff and swipe with his sleeve wiped them away.

He’d had an awful night and was no doubt terrified that Jordan wasn’t coming back. The least Conor could do was give him a short distraction.

“Of course not.” Louisa gave him an understanding smile.

“Awesome!” Tyler did a touchdown dance. “You are going down.”

“Watch the trash talk, little man. I’ve been practicing. Someday, I’m bound to beat you.” Conor was halfway down the hall when the sound of glass breaking stopped him. He whirled. An object had been hurled through the living room window. A bottle? It landed on the carpet, shattered, and burst into flames. Whatever flammable liquid had been inside splashed toward the hallway. Fire rushed toward Conor, blocking his path back into the living room.

Louisa and Yvonne were on the other side of the fire. Both women huddled on the floor. Louisa was on her phone. Conor could hear her giving the address to the 911 operator.

He smelled gasoline. He glanced around for something to put out the blaze. No fire extinguisher in sight, and the sprinklers overhead did not turn on.

Conor cursed the landlord and his firetrap of an apartment building.

Smoke filled the room as the fire crawled across the floor, reaching for the window curtains and the chair that Louisa had been sitting on a minute before.

“Tyler!” Yvonne waved smoke away from her face.

“Conor will take care of him.” Louisa herded Yvonne toward the door.

But was whoever had thrown the Molotov cocktail still outside?

No matter who was outside, they had no choice. The fire had engulfed the carpet and was licking at the curtains.

“Get out!” Conor shouted over the crackling fire. “We’ll meet you outside.”

Louisa shoved her phone into her pocket. Her eyes met Conor’s over the blaze, and panic gripped him. He wanted to be at her side.

“Mama!” Tyler raced from his room.

“I’ve got him,” Conor yelled over the crackling of flames. He mouthed I love you to Louisa then grabbed the boy around the waist and dragged him down the hallway.

Tyler resisted, his thin body flailing in Conor’s grasp. “No! I have to make sure my mom gets out.”

“They’re going out the front. They’ll be fine,” Conor said with a quick prayer that he was right. “We’ll meet them outside.”

The boy stopped fighting. In the bedroom, Conor closed the door behind them to block the smoke and went to the window. He unlocked the window and tried to open it, but it was stuck. He checked the lock again but still couldn’t budge the sash. Nailed or painted shut?

“What are we going to do?” Tyler gripped the back of Conor’s jacket.

“Put on shoes and a jacket.” Conor picked up a chair and swung it at the window baseball-bat style and broke the glass. He gave the remaining pieces a few more good hits to knock out the biggest shards. Then he grabbed a blanket from the bed and tossed it over the sill so they wouldn’t disembowel themselves on the way out.

Thank God they were on the first floor.

Turning back, he held his hand out to Tyler. The boy took it and Conor boosted him through the opening, keeping the boy’s body clear of any sharp edges. As soon as the kid was out, Conor followed him. The second his feet touched concrete, he tucked Tyler behind him and searched the sidewalk for Louisa.

There. She stood on the sidewalk with Yvonne. Conor took one second to draw fresh air into his lungs, his brain acknowledging that Louisa was fine. Then he checked the street in both directions as he herded Tyler toward his mother. People were pouring out of their apartments and from the row houses across the street. Sirens wailed. Two police cars preceded a fire truck.

But Conor didn’t see anyone suspicious. The doorway down the street was empty. Yvonne ran to meet them, wrapping her son in a fierce embrace.

A peal of bells sounded from the building. The fire alarm. Finally.

“Stay alert. Whoever did this might be out here,” Conor said. Then he moved back toward the apartment building. He went in through the main entrance. People rushed down the stairs toward him. A man passed, carrying a young child on his hip. Next to him, a young mother clutched a screaming baby to her chest. The alarm echoed on concrete and bricks in a deafening clang.

“There’s an old woman on the third floor who needs help,” the man called to Conor as he took the mother and children outside.

Conor rushed up the stairs. In the middle of the second flight, an elderly black woman came down at an agonizingly slow pace. Both hands held the railing as she placed each foot carefully, feeling for the next step as if she couldn’t see her feet.

“Let me help you.” Conor took her arm.

“My eyes aren’t what they used to be.” He towered over the cotton-ball bun on the top of her head.

Smoke billowed up the stairwell. She coughed. He had to get her out of here now.

“How about I carry you.” Without waiting for an answer, Conor scooped her up.

“Heavens.” She clutched at the lapels of his jacket.

On the bottom landing, firemen pushed past them.

Conor carried the old woman outside and left her with a paramedic. Bowing out, Conor found Louisa across the street. He reached for Louisa’s hands. She returned his grip with a squeeze.

Thank God she was all right.

Looking down at their joined hands, she frowned. “You’re bleeding.”

“Where?” Conor felt nothing.

She turned his hand over. “Here.”

There was small cut across the back of his wrist. “Just a nick. Probably did that going out the window.”

“I’m just grateful everyone is all right.” She touched his jaw, brought his face to hers, and kissed him on the lips.

The four of them huddled on the sidewalk watching the firemen drag hoses into the building. Thanks to the quick response, the fire was under control quickly.

He surveyed the growing crowd. His gaze landed on a tall man in a dark blue hoodie. The wind shifted, blowing the hoodie back and giving Conor the first clear view of his face. Recognition was shock.

Instinctively, Conor pulled away from Louisa and moved toward him, but the crowd closed between them. By the time he pushed through, the young man was gone.