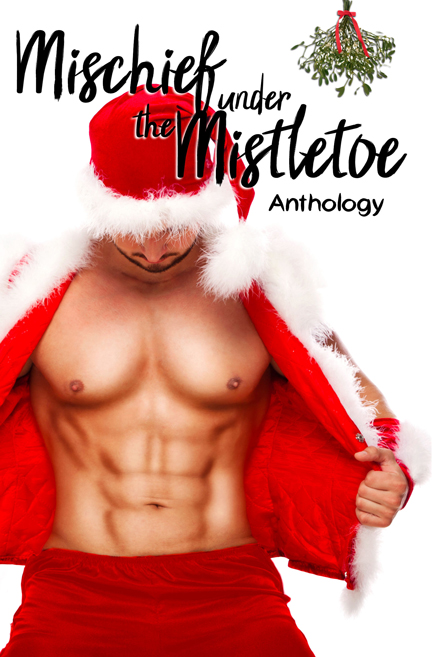 Maren Smith, The Doll-Maker
In an isolated cottage on the shores of a remote Scottish loch, Calder makes his living sculpting dolls for the tourist trade. They’re lovely, life-like, and they help to fill the void left by his broken heart. For seven long years, he’s been alone. But with the help of a little Fae magic, and a doll more “life-like” than usual, all of that is about to change…

Amelia Smarts, Abby’s Wish
Abby resorts to bratty behavior instead of being upfront with her Daddy Dom about what she wants, so Clay must discipline her. But when Abby finally works up the courage to explain her wish, will he be receptive?

Delia Grace, The Chalet
Could one weekend fulfill lifelong dreams possibly changing three lives forever? Come join Addi on a fantastical weekend in the Alps! This story contains innocent age-play and some “heart”-warming over the knee spanks.

Shelly Douglas, Christmas With a Little Twist
Sammie and Jessie Woods are twenty-eight-year-old twins from New York City who moved across the country to marry Trent and Pete Reynolds, the handsome, rugged owners of the XR Dude Ranch in Tucson, Arizona, and the couples can’t wait to spend the upcoming holidays together. But when a visitor makes an unexpected call to their ranch on Christmas Day, everyone’s outlook on life is changed forever.

Gracie Malling, All Work and No Play
It’s hard to focus at work when your boss also happens to be your Dom, and Mia is finding it increasingly difficult to balance her work life with her kink life. Christmas, however, is an excellent distraction, and Mia is determined that their first ever office Christmas party will be one to remember. And it will… just for all the wrong reasons!

Molly Alvarado, Her Christmas Daddy
Life just wasn’t the same for Jenny after losing her Dom. Any sense of holiday spirit she may have had fizzled away with his loss. When her local mall posts a job listing for an elf to assist Santa, it may be just what she needs. Will Jenny find her Daddy Dom during the most magical time of the year or is she doomed to hate Christmas forever?

Joelle Casteel, Santa Dom
When Michael organizes a fabulous festive five-way with their friends, he wants to make his and Jason’s anniversary extra special. But will Jason like Michael’s plan?

Kelly Dawson, A Naughty Little Christmas
Bianca has hated Christmas ever since her beloved sister died. It holds too many memories, and each memory brings with it a new wave of pain. So when Clay agrees to be Santa if she will be the naughty elf, she agrees, happy for the distraction. But just how naughty can Santa’s elf be before she ends up over Santa’s knee?

Sheri Lynn, Rebecca the Red-Bottomed Reindeer
No one was supposed to find out Rebecca is stripping for extra Christmas cash, especially her older brother’s best friend she crushed on hard for years.  When Jake discovers her secret, he takes matters into his own hands, literally.  She receives a trip over his knees and an offer she won’t refuse.

Allysa Hart, Santa’s “Little” Helpers
Christmas at Rawhide Ranch is an exciting and elaborate affair with presents, celebrations and of course, Santa. Master Derek asks his best friend, Jared, to fulfill the role and he hesitantly agrees, but no one can predict how this one Christmas will impact the ranch for years to come.

Kathryn R. Blake, A Naughty New Year
Kelly Evans is nearly six months pregnant when her Dom husband, Jim, suggests they invite their closest friends over for a private New Year’s Eve party. Just a friendly get together, nothing kinky, and no champagne for either of the girls, since Kelly’s friend, Tiffany, was already a month along further than she. Given it’s New Year’s Eve, Kelly feels Jim’s no-champagne edict isn’t fair, but Jim warns her if she goes against his wishes, she will be punished. Though Kelly understands Jim’s reasoning, she still feels he’s being over-protective, and as much as she loves him, a sip of champagne never hurt anyone. That is until now.

Katie Douglas, His Christmas Baby
For Chloe, Christmas has always been a time of trauma and sorrow. When her Dom transforms her into his little girl for the 12 days before Christmas, beginning as a baby and getting a year older each day, can he help her overcome the ghost of Christmas past?