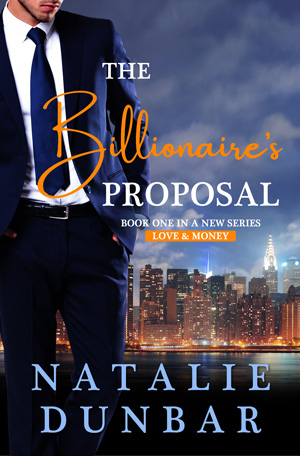 In The Billionaire’s Proposal, African American financial whiz, Aubrey Merrill, has been working her magic outside the spotlight due to her family situation. When it appears that her supermodel girlfriend may be losing her husband and Aubrey’s beloved brother’s cancer is in remission, Aubrey takes a company seminar assignment in the Hamptons to be available to provide morale support to her friend.

Self-made real estate billionaire, Carson MacDonald, contacts Aubrey in the Hamptons and offers her the chance to run a company he has purchased as his partner. Her life changes dramatically, and as their business relationship develops and takes a steamy turn, can the magic they generate within the business support a passionate love and take it all the way to forever?

To kick off my new billionaire romance series, Love and Money, I thought I would dig up a few interesting facts about real life billionaires.

The glitz and glamour surrounding billionaires never seems to fade and they come in various races and nationalities. Sadly, according to Statista.com in 2019, less than 10 percent of them were under fifty. How do they amass these fortunes? If you check the Forbes real time list, their fortunes were amassed from oil, diamonds, cement, the fashion industry, real estate, information technology, the entertainment industry, software, retail,  computers, luxury goods, banking, tobacco, and more. In a 2021 Forbes article, ten billionaires under thirty were listed. All male except for two sisters, these billionaires made their fortunes through laser technology, a drugstore chain inheritance, pigment production, investment firm inheritance, fish farming, DOORDASH, crypto trading, and real estate. This information fills my imagination with billionaire romances in the making, real and imagined. Everybody needs love, right?

In The Billionaire’s Proposal, African American financial whiz, Aubrey Merrill, has been working her magic outside the spotlight due to her family situation. When it appears that her supermodel girlfriend may be losing her husband and Aubrey’s beloved brother’s cancer is in remission, Aubrey takes a company seminar assignment in the Hamptons to be available to provide moral support to her friend.

Self-made real estate billionaire, Carson MacDonald, contacts Aubrey in the Hamptons and offers her the chance to run a company he has purchased as his partner. Her life changes dramatically, and as their business relationship develops and takes a steamy turn, can the magic they generate within the business support a passionate love and take it all the way to forever?

“None of my calls have gone through at his office and he’s not answering his cell.”

Hunched over her desk in Wickerfield Associates’ Chicago division, Aubrey Merrill clutched her phone and listened intently as she bit at lips that had long since lost their coating of lipstick. Although her friend and client, Mira Zayne, was considered one of the most beautiful women in the world, she too was being humbled by heartbreak that was all too common.

“He could be working on something important and simply forgot the time,” Aubrey said, offering an excuse she didn’t believe.

“Aubrey, it’s been a week. I can’t hold my head in the sand any longer.”

“You could go down to his office and demand to see him,” Aubrey said.

“I tried that. I didn’t get any further than the front lobby.  His personal assistant came down and told me that he’d asked her to inform me that he was busy, couldn’t be disturbed, and would call me.”

Twirling one of her twists, Aubrey sucked in her breath. “And he didn’t call you?”

“No! And that was five days ago. I refuse to sit outside his office and wait for him to come out.”

“What about his family?”

“They’re not answering my calls either. You know they don’t like me! I’m wife number three and they think I’m like the rest of those money-grubbing bimbos. Aubrey, I really love Ben, and I thought he loved me too. I’d love him even if he weren’t worth billions!”

Mira’s tone turned feisty. “Like what? Get a boyfriend on the side? Give an interview to one of those magazines that are always making stuff up about us anyway?”

Alone in her office, Aubrey shrugged, “I don’t know… Like something permanent?  Something that can’t be fixed or forgiven?”

“Like what he’s doing to me now?” Mira asked sharply, then ended her sentence with a string of rapid-fire Spanish. Mira had always been very emotional, so the new issue with her husband was more than enough to set her off. “This isn’t something you do when you love someone.”

Detecting movement in her peripheral vision, Aubrey glanced towards the door and saw her associate, Owen Connors, waving and indicating that he needed to talk to her. Nodding, she mouthed the words, fifteen minutes. Flashing the okay sign with his fingers, Owen backed into the hallway and disappeared.

Aubrey went back to her phone call with Mira. “Did something bad happen on that trip to the private island near Fiji?” Aubrey asked, wracking her brain for reasons.

“No! He’s never been more loving. It was beautiful and we were alone most of the time!” Aubrey ended on a high poignant sigh.

Aubrey was sure her friend was crying, and it hurt her heart. Her eyes stung with the threat of tears, mostly for Mira, but some for herself in memory of the fiancé who had walked away from her and never looked back. “What can I do to help?”

“Come down, spend a week or two with me at the house in the Hamptons. I really need a friend right now and I need something else to think about. Please, Aubrey, I’ll pay all your expenses.”

Wanting to help her friend, Aubrey swallowed hard. Unlike Mira, she hadn’t been blessed with dazzling beauty, but she had plenty of brains that she used as an investment advisor. She was well paid, but never seemed to get ahead of the debt associated with her little brother, Wyatt’s cancer treatments and care. “Mira, I’m booked solid for the next week and a half except for Sunday. I’d come if I could. You know I need this job…”

“I know you have to worry about Wyatt’s expenses… I wouldn’t want you to lose your job, but Ben’s probably going to dump me!” Mira sobbed.

“Let me see what I can do. I’ll talk to my boss and get back to you,” Aubrey promised.

Once she’d hung up, Aubrey ran her fingers through her twists. She really wanted to help her friend. Since Wyatt was out of the hospital and looking forward to going back to school, the only problem she had was her workload.

Opening her calendar on the laptop, she counted five appointments and they weren’t the firm’s major bread and butter accounts. A few could be rescheduled. There was work to be done, but she had analysts and advisors on her staff who could do it. Hadn’t she seen something about her company and an event in the Hamptons? Curious, she did a search on her email and found the announcement.

Shaking her head, Aubrey rubbed the sides of her neck. Owen Connors was at the same level in Wickerfield Associates that she was, so why hadn’t she been offered the chance to do the sessions in the Hamptons?

Aubrey stood and took the much-needed walk down the hall to her boss’s office. Chase Everett was studying a prospectus, but he glanced up when Aubrey reached his door. “Problem?” he asked, gleaning something negative from her facial expression.

She told him about the series of client events in the Hamptons and asked how the staff had been selected.

Leaning back in his chair, he told Aubrey to take the seat across from him. “Your name came up, but I didn’t want to put you under any stress. You haven’t travelled since Wyatt started the latest round of chemo.” His expression sobered. “How’s he doing?”

Aubrey smiled. “Good. He’s in remission and I think he’s going to be okay.”

He pumped his fist in the air. “Thank God! That boy has been through more than his share of trouble. You want the assignment, you’ve got it. Owen’s son has a play at school that he doesn’t want to miss.”

“I want it,” Aubrey said, guessing that Owen had stopped by her office to discuss her handling the seminars in the Hamptons. She didn’t just need the trip for Mira, who was going through a rough time, Aubrey needed to get away and think about a possible life beyond the right now since the chances of her precious little brother growing up had dramatically increased.

“Good. I’m glad things worked out for you and Owen. You need to be on a Sunday flight to the Hamptons, earlier if you can make it.” Her boss smiled.

“I’ll see what I can do.” Aubrey’s mind was already racing ahead to calling Wyatt and her mother with the news that she would be traveling. Afterward she would call the company travel office, book her flight, and decide what to pack. She hadn’t traveled in more than a year. 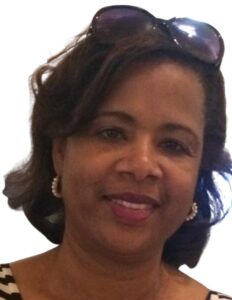 Natalie Dunbar writes contemporary romance, romantic suspense, and paranormal romance. Her books feature strong, smart women, and irresistible men. Love is the answer and there is always a happy ending. A Detroit area resident, she has been published by Genesis Press, BET Books, Harlequin, and Silhouette Books, and Parker Publishing. This U of M graduate engineer has been a critically acclaimed author for several years. Order one of her books. The first book in her Love and Money Series, The Billionaire’s Proposal, is available for preorder at Amazon at the following link: http://bit.ly/BillionairesProp