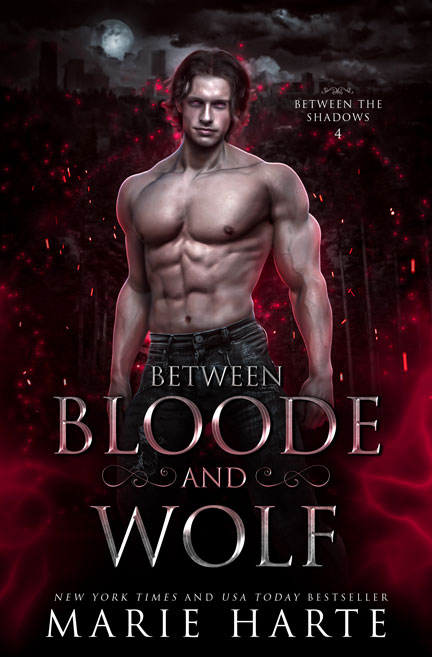 What do a missing artifact, a lycan war, a sexy vampire in hot pursuit,
and a sorcerer casting illegal death magic have in common?
Just another day at the office for lycan berserker Riley Foster.

Loved this mile a minute fun ride. The overarching storyline of the Night Bloode clan collecting Bloode Stones and preparing for a huge battle leads them to the Crimson Claw wolf pack. Who better to send than the Bloode’s vampire wolf Kraft…  Between false clues, evil sorcerers, ambitious shifters, and more the story twists and turns, luckily Kraft and Riley manage to get a little sexy action too. Great read!
5 Stars, Gigi’s Reads

Berserker Riley Foster rescued her cousin from vampires chasing after her pack’s stolen artifact. Not long after, she’s forced to work alongside the powerful vamps to find said artifact—for their goddess?

Vampires don’t worship anything but themselves, but Kraft of the Night Bloode has been sent to recover a weird little wolf statue for his patron—the goddess, Hecate. Unfortunately, the lycans are playing games.

Kraft demands to work with their powerful berserker, who intrigues him to no end. She’s strong, beautiful, and lets no one push her around. Except her pack, who insists she mate before her hundredth birthday in just a few more weeks.

She’s on a deadline she doesn’t want to meet.

He’s falling for a “lesser being” who shouldn’t be anywhere on his radar.

When it comes to their common enemy, they’ve got even more problems. A rogue sorcerer is bent on creating something horrible with the artifact, and it’s up to Kraft and Riley to stop him before he brings forth monsters that even vampires and lycans dread. Riley will have to make a choice, between her future with her pack and her future with Kraft, a vampire who isn’t long for this world if she doesn’t make the right decision. Fast.

Riley had just grabbed a load of clothes for the washer when her door banged open and a panting soldier with panicked eyes rasped, “Vampire.”

“Great. I’m home for five minutes and we have even more drama than that stupid free-for-all.” She followed him out the door. Secretly freaking out, because she now had a feeling she knew exactly who had been following her, she pushed past the soldier, raced to the field, and found Max in a large vampire’s arms.

Unlike others of his kind, this fanger had massive height and brawn in addition to shaggy dark hair, burning black eyes, and a grin. She hated when they grinned. Especially because the fangs on this guy put most lycans to shame.

“Let him go,” Uncle Jack ordered, every inch the alpha despite the faint trace of trepidation she could scent thanks to her berserker sharp sense of smell. Not that she blamed him one bit.

Everyone feared vampires. They were incredibly hard to kill, fast, lethal with sharp claws and fangs, and determined. Plus, they viewed death and dismemberment as a game, enjoying wounding others and lavishing the ending of lives.

“Come now, where is the fun in letting this little fish go?” the vampire asked in a light German accent. He also felt…wolfish…to her.

Though most of the vampires in this region of the States tended to be upir, she’d seen other tribes from afar. The revenants and strigoi tended to be tall yet lean, and both tribes possessed the ability to seduce prey. But this guy felt like something else. From what Max had told her of his imprisonment, his captors had seemed very different from one another, as if from different tribes, which should have been impossible.

Vampires could only gather in small groups, instinctively hating others not in their family collectives to the point they would fight until the death.

Max had sensed something wolflike about one of them, which made Riley think the vamp might be nachzehrer, especially with that faint German accent and all that brawn. Geesh. He stood as tall as Max, and Max was one of the biggest lycans in the pack in human form.

But the Crimson Claw didn’t falter. To her relief, she felt the presence of many direwolves gathering. Though one vampire could take on a good dozen enemy, he couldn’t take on two dozen, the alpha, and a berserker without feeling some pain.

She repeated her uncle’s order. “Let him go.”

The vampire looked her way and blinked. “Ah, the berserker.” He grinned wider, his fangs growing, his gaze intent. “There you are.”

She didn’t feel like waiting for him to obey her alpha. Meeting the vampire’s gaze, Riley shifted into her direwolf form as she rushed him.

He shoved Max aside and went down under her aggressive lunge. She managed to gouge flesh and blood with her claws and teeth before he suddenly shoved her off.

“Not bad.” He licked his arm, and she watched as he healed almost immediately.

“Is that all, kleines Mädchen?”

“Little girl,” Flint translated in a low voice, watching with the others.

Fucker. Riley snarled and barked, warning him back. Vampire or not, he would not cow her. Especially because in her shifted form, her rage enhanced her strength. Heck, her head came up to his neck, no mere shifted lycan, but the fiercest of her kind—a direwolf hybrid capable of killing even a vampire.

She snapped at him, nearly biting the clawed hand that neared her.

He laughed. “You’re good. I like you. Such spirit.”

When she would have launched herself at his neck, her cousin yanked her back by the tail, and she turned to show him her teeth.

“Easy, Riley.” He’s playing with you, he sent telepathically, as only an alpha or alpha-in-waiting could. Be smart.

Smart, my ass. She glared at him.

“Stop talking about me behind my back. Well, in front of my back. You know what I mean.” The nachzehrer shrugged. “It’s rude.”

“Rude?” Max glared at the vampire. “Rude is kidnapping and torturing me.”

“Torturing you?” The vampire laughed. “That was a bit of sport. Nothing more. You haven’t really lived until you’ve been scalped or had your innards consumed while you watch. Trust me. It’s not as fun as it sounds.”

Around them, lycans continued to congregate in shifted form, the low growl of pack and protection welcome.

The vampire glanced around and sobered, finally starting to take them seriously.

“Or?” The vampire looked at her while asking the question.

She answered by moving closer, the fur on her back rising in challenge.

“You were told to leave,” Max growled, his voice that of man and lycan.

She nearly caught the vampire’s shin between her teeth, but he darted back before she could snap through the bone.

“Fast.” He nodded at her. Then he moved and had her in a bear grip, lifting her around her torso, so that her back rested against his chest, her rear paws dragging on the ground. He remained on his feet, his strength insanely powerful.

The entire field waited and watched. Until she asked for help, they knew better than to get between her and an enemy. Being on display while she tried unsuccessfully to wrestle out of his hold bothered her. No matter how hard she shook or how many times she managed to claw into him, he refused to surrender.

Kill him, she told her cousin. Now, while we have the upper hand. With everyone so close.

I don’t care. Take him down.

“Stop or I’ll snap her neck. And that would be a great pity,” the vampire said, his voice deep, his accent oddly charming despite her loathing of his kind. He had the nerve to pet her side, his fingers soft on her dense fur. She tried to rip herself away, only to feel his steel-hard claws at her throat.

But Riley had never been one to play it safe, and she struggled in his hold, ignoring the sting of pain at her neck.

“Cease, female,” the vampire snapped. “I’m talking to your leader.”

Is he talking about you as our leader? she said to Max, who flushed and frowned at her, answering, You’re such an ass.

“Why are you here?” Uncle Jack asked. “We’ve done nothing to your clan, yet you imprisoned Max and now you do harm to my niece. You seek war.”

“I seek an artifact.”

Her uncle exchanged a look with his wife. “An artifact?”

“A small statue that belongs to my patron.” When Riley squirmed again, the vampire squeezed her breathless and whispered close to her ear, “Easy, lycan. I mean you no harm.”

An odd thing to say with his claws out and his fangs so close to her neck, but since he seemed to be sincere in wanting to talk to her uncle, she stopped moving, deciding to become a dead weight to hamper him. Instead, the weirdo cuddled her and sighed, his breath ruffling her fur.

Ew. So gross. And no, she wasn’t noticing how easily he held her, how firm his large, broad chest and arms felt. I hate this so much.

She glared at her cousin, the instigator of it all.

He shrugged. Not my fault.

“Perhaps we could sit down, share a beer, and talk like civilized beasts, eh?” her uncle suggested, which had everyone looking at him as if he’d lost his marbles.

And maybe he had.

The vampire laughed. “An excellent idea.” He gently set her down, as if she were a puppy and not a three hundred plus pound berserker. Even worse, he ignored the way she bristled and showed her teeth, just daring him to touch her again. She’d bite his damn hand off. “Let’s talk later, eh, beauty?”

In a low voice, he said, “Such soft fur, yet so thick too, a gift from mother earth.”

She turned on her heel and left, ignoring his murmured compliment. Max owed her big for this. But first, she had to make sure the vampire didn’t kill anyone in the pack.

She trotted to Cole, their beta, to affirm the security measures already in place and grab that vampire stake she’d bought from the mages a few days ago, just in case. Then she’d return to protect her alpha, with her dying breath if need be. 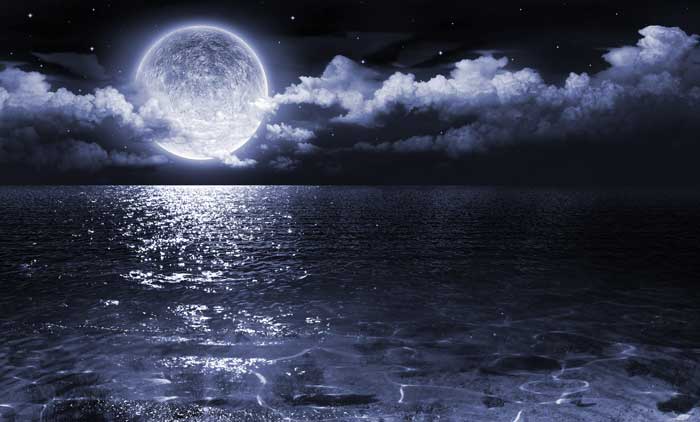 And don’t miss the first three books in the BETWEEN THE SHADOWS series!

Caffeine addict, boy referee, and romance aficionado, New York Times and USA Today bestselling author Marie Harte has over 100 books published with more constantly on the way. She’s a confessed bibliophile and devotee of action movies. Whether hiking in Central Oregon, biking around town, or hanging at the local tea shop, she’s constantly plotting to give everyone a happily ever after.

Visit http://marieharte.com and fall in love.