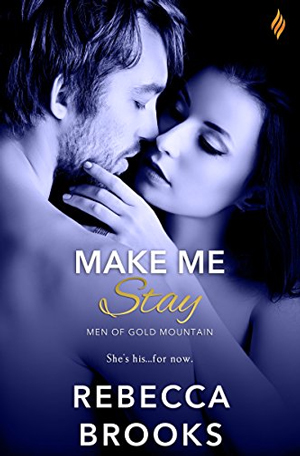 The first time I went hiking alone was on Mt. Hood in Oregon. I’d been hiking my whole life, but I always went with someone—my father, my husband, groups of friends. My dad hiked a lot by himself, so it’s not like I never thought about it as an option. But let’s face it. There are a few things he doesn’t have to worry about when he’s out in the world that I do. The first time I went hiking alone was on Mt. Hood in Oregon. I’d been hiking my whole life, but I always went with someone—my father, my husband, groups of friends. My dad hiked a lot by himself, so it’s not like I never thought about it as an option. But let’s face it. There are a few things he doesn’t have to worry about when he’s out in the world that I do.

The summer of 2014, my husband and Iwent on a whirlwind adventure in the Pacific Northwest, beginning in Portland, Oregon, where my husband had a conference. We ate our way through the city and explored waterfalls, vineyards, and the stunning Oregon coast before he had to buckle down to work. I could have stayed around Portland while he was busy, but I knew I’d be disappointed if I didn’t put my hiking boots to use. So for the first time, I decided to hike myself. I planned my route and let my husband know where I’d be, and then I got in the rental car and drove two hours east to Mt. Hood.

The first day, I hiked 13 miles along the Pacific Crest Trail on a day so misty the forest looked straight out of a fairy tale. I was nervous being out on my own, especially on such a drizzly, desolate day. But you know what? There were PLENTY of women out hiking, alone and in pairs or small groups. This isn’t exactly a scientific comparison, but I saw more women hiking that day than I’ve ever seen on trails in the east coast, where I live. Not only was I comfortable, but I was inspired.

The second day, I returned to Mt. Hood thinking I was going to climb a trail that was three miles up and three miles down. Imagine my surprise when it turned out the road to the parking area was closed and I had to climb six miles up and six miles down instead. But I had come all that way, so I wasn’t going to quit. The hike went up to the highest point on the mountain that you can get to before the climb becomes technical (requiring equipment, ropes, etc.). It went to a notch between two glaciers, so I was right at the base of a huge snowfield, looking directly at the peak, surrounded by thick blue ice, with mountains in every direction. I met two other people on the entire trail; I had the whole place to myself. This was just a few days after my very first novel had been published, and I truly felt on top of the world.

I tried to capture that beauty and sense of accomplishment in my newest release, MAKE ME STAY, book 1 in the Men of Gold Mountain series inspired by the time I spent in the Pacific Northwest. When we first meet the heroine, Samantha Kane, she’s skiing by herself. She’s just ended a relationship with someone who only saw her as a status symbol and is making a bold decision to pursue a business deal without her company’s backing. This isn’t a woman who sits on the sidelines and waits for life to happen to her.

The hero, Austin Reede, is a former Olympic skier and a racing coach who, like Sam, is used to handling everything on his own. What he’s not used to is someone who can keep up with him and push him the way that Sam does! Their chemistry is enough to melt the snow off the slopes of Gold Mountain. But he’s going to have to open up to Sam about his past, and be open to the future she is building, if he can ever hope to make her stay.

I’m glad I went hiking alone in Oregon and realized that’s something I can make part of my life. I always want to push myself to try new things—and to put my characters in situations where they’re growing, too. I love that Sam goes skiing by herself, and that she keeps up with Austin on the slopes. I also love that by the end of the novel, skiing is something the two of them do together—because no matter how many twists and turns they face, you KNOW they’re going to get to their HEA by the finish. Samantha Kane is about to solidify her father’s legacy by developing sleepy Gold Mountain into the most profitable ski resort in the country. There’s one man standing in her way though. One very sexy, rugged man. When she shows up to convince Austin Reede to sell, she has no intention of hiding her identity. But with a body like his, she’ll take a few risks to get closer.

Austin was the fastest skier on the U.S. Olympic team, until he shattered his knee. Gold Mountain became his refuge—and now Kane Enterprises is threatening that home. When he meets Sam, he has no idea she’s the one to blame, he just knows the attraction between them is one he hasn’t felt in years. A scorching hot one-night stand is just what he needs. Little does he guess that it will change everything…